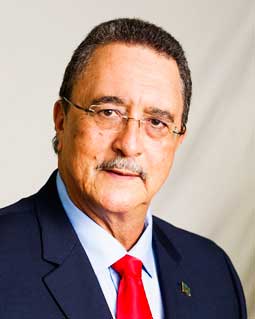 Whether the Royal Saint Lucia Police Force will release a statement on the Castries Constituency Council (CCC) Bill that was passed in Parliament last week giving City Police island wide powers of arrest, is not known, however, the Bill is not popular with many rank and file members of the force.

Castries Mayor Peterson Francis has expressed satisfaction with the Bill saying it will make the CCC more effective. He says the Bill makes the mayor more than just a figurehead which is something positive for the proper running of the Council.

Mayor Francis said he was all for City Police having the power to arrest anywhere in Saint Lucia, adding, “As long as the Commissioner of Police gives you the oath of office you are a police officer island wide.”

However, in conversation with veteran police officers, the question was raised as to whether Ports Police also had carte blanch powers of arrest, and whether it was within their jurisdiction to make arrests outside the perimeters of the air and seaports under their control.

One police officer explained that there are laws that deal with the limits of powers of such statutory organizations like the Saint Lucia Air and Sea Ports Authority under which port police fall and the Castries Constituency Council under which the city constabulary, better known as the city police, falls.

According to the police officer, the Castries Constituency Council Bill puts City Police on the same level as police officers who are members of the Royal Saint Lucia Police Force which would suggest that there are two police forces with equal powers under different management heads, with both having only one jurisdiction – the entire country.

The bill did not go unchallenged when it was introduced in parliament, particularly the section of the bill that dealt with the City Police. Former prime minister Dr. Kenny Anthony took issue with several clauses of the bill, in particular, clause 22 (2) that stated the Castries Constituency Council shall, in consultation with the Commissioner of Police appoint for that purpose a sufficient number of Castries City Police.

“An effort is being made to cloth the City police with the powers of the police but the appointing mechanism places the locus of power in the hands of the CCC. That cannot be right. This should be worded the other way around,” Anthony said.

Dr. Anthony applied the very same words to Clause 25 of the bill which states that the Commissioner of Police may, on the advice of the Castries Constituency Council, permit persons appointed to be Castries City Police to wear the badges of the ranks and uniforms similar to those worn by members of the respective ranks in the Royal Saint Lucia Police Force.

“You are really attempting to cloth these officers with the powers and authority of ordinary policemen but what you are doing is allowing the locus of power essentially to reside in the Castries Constituency Council,” Anthony said.

Clause 27 of the bill also came under scrutiny by Dr. Anthony. The bill stated that the City Police, in addition to the special powers vested in the officers under the CCC Act, has in respect of the whole of Saint Lucia the powers, privileges and immunities conferred on a constable by the Common Law, and the powers, privileges, immunities and liabilities conferred or imposed on a constable of corresponding rank by the Police Act.

“How can you establish a Castries Constituency Council police force but at the same time you have given him, in respect of the whole of Saint Lucia the powers, privileges, immunities and liabilities conferred or imposed on a constable of corresponding rank by the Police Act?” Anthony queried.

He questioned Castries City Police having authority in the town of Vieux Fort and called for an explanation of the Common Law principles that apply to police officers in Saint Lucia.

The parts of the bill that deals with arrest, detention and the power to grant bail also came in for criticism from Anthony particularly the portion that gives an ordinary City Police Constable the right to determine whether a person could be charged or not.

“Something has to be wrong. These are the powers exercised by senior police officers, unless you are going to have a provision in there that says that the City Police on duty has to be someone of senior rank. It seems to me that what we are doing is to grant City Police more powers than we grant our police officers,” Anthony noted.