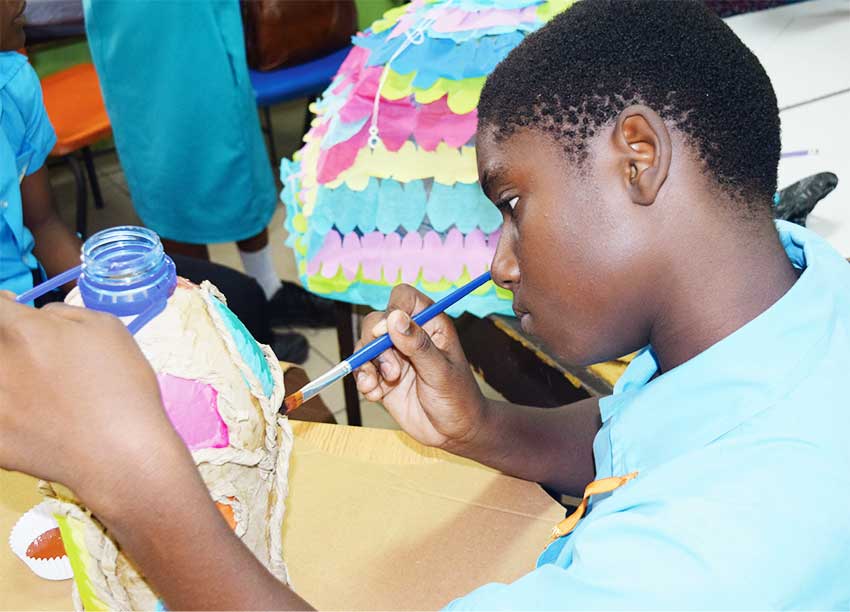 Primary, Mon Repos Combined, Gros Islet Secondary and Choiseul Combined Schools. Training was open to students as well as members of the public who were interested in developing their skills in the age-old tradition of lantern building.

On Sunday December 9th, from 6:30 p.m., the Micoud North Constituency Council will host a Tree Lighting Ceremony. This will include remarks from the Chairperson of the Council, Executive Director of the CDF and District Representative for Micoud North. Carolling, steel pan and music from a Séwénal band will lead participants to the Church of St. Anne in Mon Repos for the 2018 Festival of Carols.

Heart & Soul, the St. Anne Choir, Past the Hour, Darlene Anius, Vision, Yanette “Oshun” James, the Cecilian Rays and Wesley Austin will be among those who will raise their voices in heavenly chorus. The event is being held under the distinguished patronage of His Excellency Governor General of Saint Lucia, Sir Neville Cenac.

On Wednesday December 12th, the highly anticipated Festival of Light Ceremony is scheduled for the Derek Walcott Square from 6:00 p.m. Some of Saint Lucia’s most prolific performers, including Ras Africa, TC Brown, Invader, Augustin “Jab” Duplessis, Michael Robinson, AVAD and the Silver Shadow Performing Arts Academy will take the stage. The night’s festivities will commence with a parade of lanterns, from the Lantern Competition on December 1st . Lantern-bearers will be accompanied by dancers, drummers, fire-eaters, stilt walkers and the ECRC Bikers. The parade will take participants from the Constitution Park entrance on Laborie Street on to the Boulevard, left on to Laborie Street and right on to Jeremie Street. They will then proceed left on to Peynier Street, right on to Micoud Street, left on to Bourbon Street and in to the Derek Walcott Square. The ceremonial ‘switching on of the lights”, a light display on the walls of the Central Library and RBC buildings and a fireworks display will bring an end to the evening’s festivities.