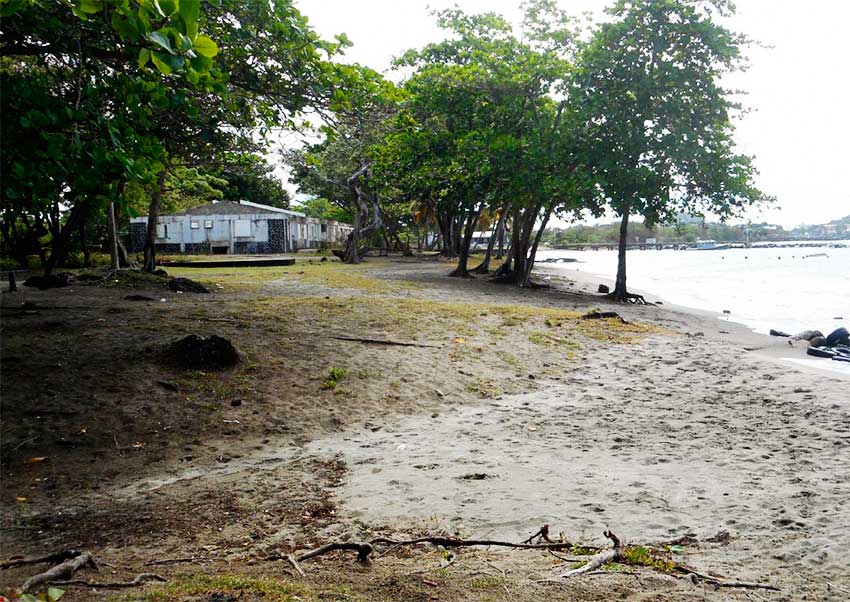 DEVELOPMENTS in Vieux Fort over the past few months have residents wandering whether those developments have something to do with the controversial Desert Star Holding (DSH) Project.

At the moment, a survey not too far off the coast of Vieux Fort is being conducted by foreigners to ascertain the depth of the sea. Workers conducting the survey can be seen busily traversing the sea for the entire day, including week-ends, stopping at various points.

Investigations by this reporter revealed that a Trinidadian company is involved in conducting the survey.

Out of curiosity a number of Vieux-Fortians questioned some of the workers about the project and its purpose, and were told that they (workers) are conducting a survey at sea.

Mc Clement St. Rose, a resident of Vieux Fort said: “For the past few weeks we have seen a boat with some foreigners travelling up and down the sea with certain equipment on board, but we have no idea what they are doing.”

He added that someone told him that they are preparing to build a mariner in Vieux Fort.

“We would like to know exactly what they are doing. We are curious…” St. Rose said.

Another resident called on the government to be more open on the recent developments that are taking place in Vieux Fort.

And now, due to a lack of information on the matter, residents are speculating that the survey has something to do with the DSH project, which is expected to extend along the Il Pirata beach, close to the Laborie/ Vieux Fort highway.

This reporter tried to seek information about the project from one of the workers who muttered a few words and drove off.

Another worker on the project, said all he knows is that the company he is employed with was hired by the Government of St. Lucia to do a job.

Repeated attempts to glean information from certain government agencies such as the St. Lucia Air and Sea Ports Authority (SLASPA) and Invest St. Lucia on what is really taking place on the sea along the coast of Vieux-Fort were futile.

A staff at SLASPA told this reporter that the authority is not aware of any survey taking place on the sea.

Recently, Invest St. Lucia ordered owners of horses in Vieux Fort to remove their horses in the vicinity of the Il Pirata beach where they are usually kept.