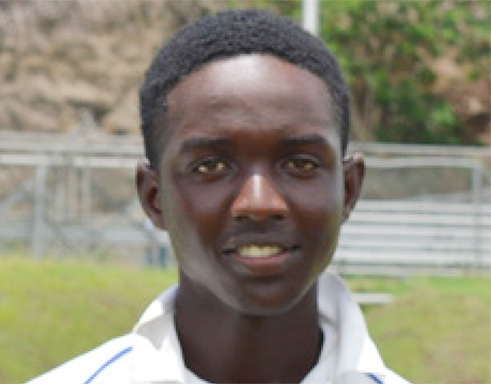 WEST INDIES Under-19 opening batsman and Saint Lucia’s recently-crowned Junior Sportsman of the Year for 2017 Kimani Melius, last Sunday, at the Debarras playing field, had spectators running for cover as he belted the Fond Assau bowling attack to all parts of the field.

At the time he was representing Debarras in a T-20 match in the Honourable Ezekiel Joseph Babonneau Cricket Tournament.

Back from the recent ICC Under-19 World Cup in New Zealand, Melius batted with great command and authority, making 192 — his 24th career century. His inning comprised 21 spanking 4s and 15- 6s

72 hours earlier, Melius had displayed his prolific form with the bat as he distinguished himself from all others on the Gros Islet playing field as Babonneau Secondary hammered Vide Bouteille Secondary to win by a mammoth 285 runs, as cricket action continued in the 2018 Massy United Insurance Under-19 schools cricket competition.

The 17-year-old Melius stroked a magnificent 172 as Babonneau piled up 364 for 4 off 36 overs, batting first. Rene Montoute contributed 46 with Yannick Noel and Bolton Sayers being undefeated 43 and 34 respectively.

Chasing 365 for victory, Vide Boutielle were skittled out for 79 off 14 overs, with Marvel St. Rose 25 and Thomas Fields 14 being the only batsmen to reach double figures.

Bowling for Babonneau Secondary, Caleb Thomas picked up 5 for 27, Bolton Sayers 2 for 1 and Daniel Kennedy 2 for 18.