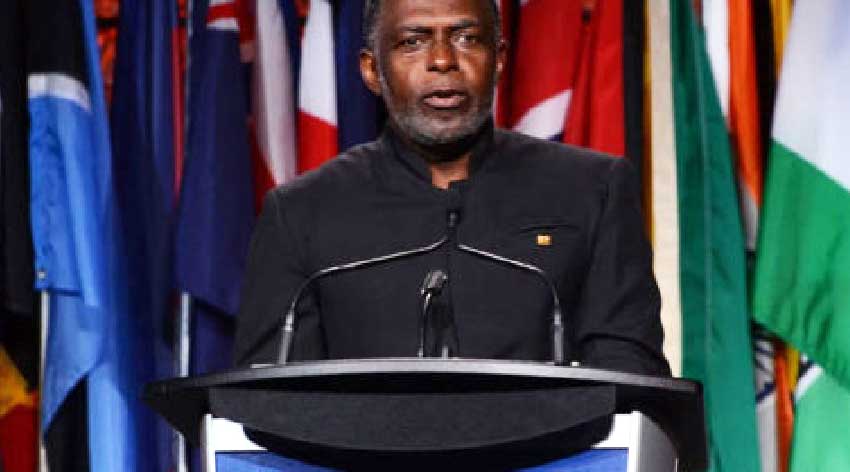 The Independence Lecture, the third of its kind, is held annually in February to coincide with St. Lucia’s Independence anniversary in honour of Theresa Mason, former educator, volunteer par excellence and cooperator who pioneered and integrated Co-operative Education in schools’ programme nationwide.

The devoted cooperator, Mason, a Choiseulian, served in various positions in the Choiseul Co-operative Credit Union Limited on the Board of Directors as President, Vice President, Assistant Secretary, including Chairperson of the Education Committee. She also served as Secretary/Manager of the Choiseul Fishermen’s Co-operative Society Limited.

Nationally, she was a member of the Board of Directors of the St. Lucia Co-operative League Limited, including Secretary to the League. She served as member of the Steering Committee of the National Association of Fishermen’s Co-operative. From 1986 to 1991, Mason held the position of Registrar of Co-operative Societies and Friendly Societies in the Ministry for Agriculture.

Mason is a graduate of the University of the West Indies in Teacher Education (Cave Hill), the York University, Faculty of Environmental Studies in Canada, with specialization in Co-operatives. She has authored and presented several papers, including The Co-operative and the Community, Potential of Co-operative to Create Employment for Women, conditions that will promote the Development of Worker Co-operatives and Co-operatives and Development, the St. Lucian Perspective.

The Theresa Mason Independence Lecture will be presented by Melvin Edwards under the theme, “The Credit Union: Remaining Relevant in a Changing Financial and Regulatory Environment”. Edwards is no stranger to the Co-operative Movement. He is well-known throughout the Caribbean and internationally for outstanding contributions to enabling families and communities of low and average means to access affordable finance and to gain ownership of democratically-controlled financial institutions.

He is the founder and Programme Director of the Caribbean Development Education (CaribDe) programme that was established in May 2010. The CaribDe training programme has enabled increased activism, youth participation and leadership succession in all echelons of the region’s credit union eco-system by raising the bar of knowledge, skills, exposure and passion required to competently address today’s development and managerial issues related to the credit union movement. To date, the CaribDe training programmes have produced 915 graduates in 23 countries that include St. Lucia, the region and internationally.

Also, because of the changes that are taking place apace in the credit union sector, Edwards will also facilitate a Forum today under the theme, “The Credit Union: Innovate, Evolve, Thrive through Compliance”.

The Forum will be held at the National Skills Development Centre in Vieux Fort and will run from 8:30 a.m. to 3:00 p.m. It is expected that the Forum will be attended by 60 people, including all staff, officers, committee members, some members of the Choiseul Credit Union, invited officials of the St. Lucia Co-operative Credit Union League Limited and the Financial Services Regulatory Authority of St. Lucia.