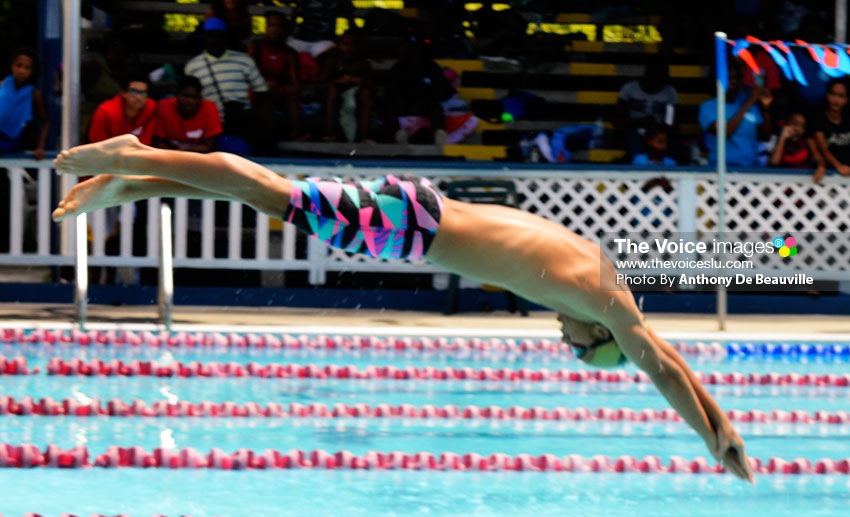 THE Saint Lucia Amateur Swimming Association (SLASA) congratulates all the nominees who have been selected by their sporting associations to receive an award at the 2018 Department of Youth Development and Sports National Sports Awards.

Despite the many challenges faced by sports in Saint Lucia, these athletes, coaches and administrators were able to raise their game to a higher level in 2017.

SLASA also congratulates one of its most outstanding swimmers, Katie Kyle, on making the short list of the National Sports Awards as well as receiving two scholarships — one at Plymouth High School in the UK, the other from the world governing body FINA — both in 2017.

In order to clear the air with our members as well as the public, what was sent out by the Department of Youth Development and Sports with reference to the Swimming Association only sending two names, one for Sportsman of the Year and one for Sportswoman of the Year, was very deceiving and simply not true, as it inferred we were not interested in giving our swimmers an opportunity by not sending in names for the awards of Junior Male and Female Sportspersons of the Year.

The lead-up to sending the names of our swimmers to the Department of Youth Development and Sports for the 2018 National Sports Awards began with a phone call to the Department to enquire if we could send the name of a nine-year-old swimmer who had an outstanding year in 2017 for one of the awards. We were told that age would be considered as a juvenile athlete and not fit into the Junior category.

The Swimming Association would like to make it abundantly clear that we would never deny any of our swimmers an opportunity to receive an award and, in particular, at the national level. The Association had a number of options to consider as nominees for the National Sports Awards, as a number of its swimmers exhibited record-breaking performances, medalling at Carifta and CCCAN as well as qualifying for regional and international meets.

We would like to thank the Department of Youth Development and Sports for its understanding that the Swimming Association was prepared to deliver their nominees prior to the deadline. However, we must express our disappointment in the inadequate/incorrect information which was provided to the media, leaving our swimmers at a disadvantage and we do hope that the final submission of our athletes after being rightly allowed to make a full slate submission is not in any way jeopardized in the final outcome of the Awards.