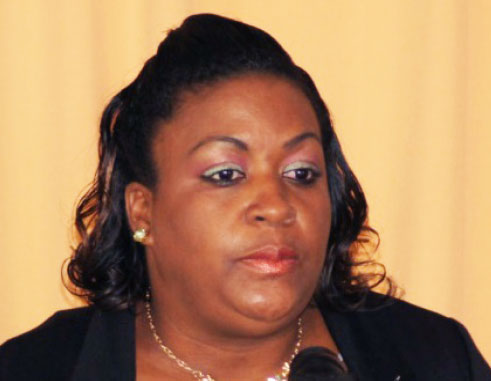 The staff of the Department of Youth Development and Sports has introduced its new Acting Deputy Permanent Secretary.

Last Thursday, former national netballer and now president of the Saint Lucia Netball Association, Liota Charlemagne-Mason, took up her new post as the Ministry continues on its mission to strengthen growth and capacity building, which undoubtedly will rebound towards the further enhancing of the Ministry’s product.

Charlemagne-Mason holds a degree in Information Systems Management and by extension Human Resource Management. In addition, she boasts a Post Graduate Certificate — Masters in Sports Management.

She has been employed for 21 unbroken years in the public service and in the process sought to bolster quality work ethics via commitment and professionalism.

Having been bestowed the accolades of Netballer of the Year in 1990 and Coach of the Year in 1997 in the same discipline, indeed her stint in that field is more than exemplary. She has crowned these individual sporting achievements by being elected to the Presidency of the Saint Lucia Netball Association.

To date, she is the current President of the said Association and despite the numerous challenges encountered on the local front, she has sought to bring a level of stability and attitudinal change towards the sport.