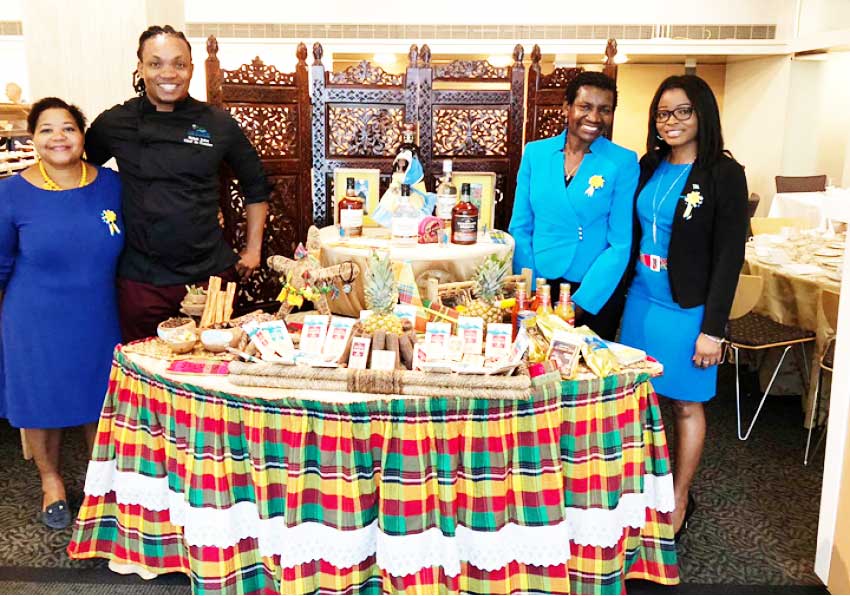 For two weeks leading up to the event, Saint Lucia was promoted by the Embassy and through the looping of videos at the World Bank headquarters. The highlight of the celebration was a buffet lunch prepared by Chef Elijah Jules of Jade Mountain Resort. The Saint Lucian Executive Sous Chef, offered guests a selection of over ten uniquely Saint Lucian dishes including a Soufriere Creole Mahi Mahi, Julie Mango and Green Papaya slaw and the distinctly Saint Lucian green banana and house- cured salt fish. Chef Elijah Jules, Executive Sous Chef at the award-winning Jade Mountain Resort, was the Guest Chef for the special event. Among his many successes, the young Saint Lucian chef was awarded the gold medal for Chef of the Year at the Taste of the Caribbean culinary competition in 2012 and has also coached the Saint Lucia Junior Culinary team to a competition win in 2012.

Chef Elijah’s menu, conceptualized in collaboration with the Jade Mountain team, left attendees raving about their meal. The hearty lunch was complemented by delicious local candy, chocolates from Jade Mountain and samples of the award-winning Admiral Rodney rum.

The event was very well attended by the staff from the World Bank, International Monetary Fund (IMF), the Organization of American States and the Inter-American Development Bank (IADB). Also, in attendance were members of the diplomatic corps including Ambassadors and representatives from the Bahamas, Barbados, Mozambique, Chile, Mexico, Peru and St. Vincent & the Grenadines to name a few. They were joined by the Assistant Secretary General of the Organization of American States (OAS) and a large contingent of the Saint Lucia Diaspora who live and work in the DC metropolitan area.

This incredible opportunity was made possible due to the sterling efforts of Saint Lucian, Andrea Dore, Head of Capital Markets at the World Bank, who facilitated Saint Lucia’s participation in this year’s World Bank Heritage Day event. Andrea was supported by fellow Saint Lucian ZingaVenner, Manager Financial Reporting and Analysis at the World Bank. 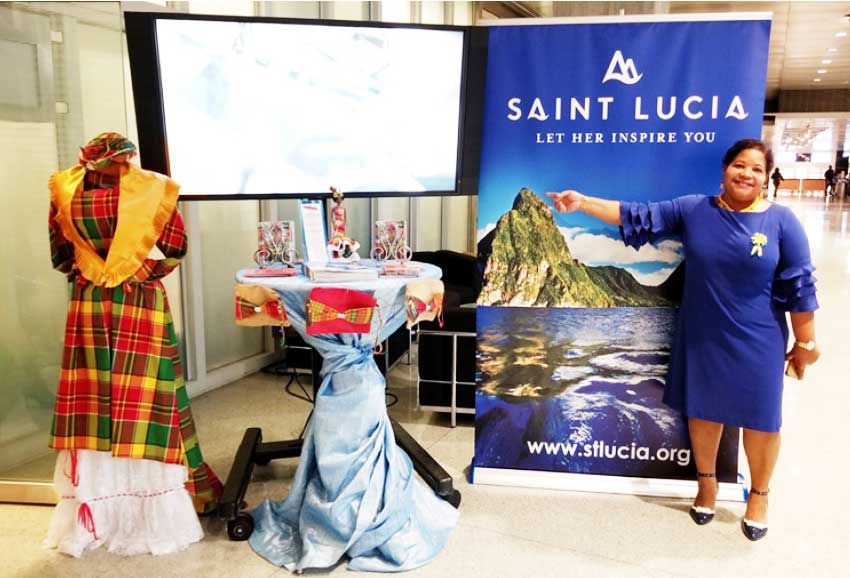 “I can’t thank the Saint Lucia Tourism Authority (SLTA) and the Saint Lucia Hotel and Tourism Association (SLHTA) enough for delivering to Washington, D.C., this two day culinary experience that everyone who attended is raving about”, commented Saint Lucia’s Ambassador to the US and the OAS, Anton Edmunds. “Chef Elijah was excellent, we had a packed house on both days, and I have been approached with inquiries about when next will we host a local Chef and feature Saint Lucian inspired cuisine. I very much look forward to working with both the SLTA and the SLHTA in the future on promoting our Saint Lucia”

“We feel privileged to have been granted the opportunity to showcase Saint Lucia to such a large and influential audience” said SLTA Executive Chair, Agnes Francis, “there is really no better way to provide an authentic taste of Saint Lucia than through our diverse and insatiable culinary offerings prepared by one of Saint Lucia’s youngest and brightest talents.”