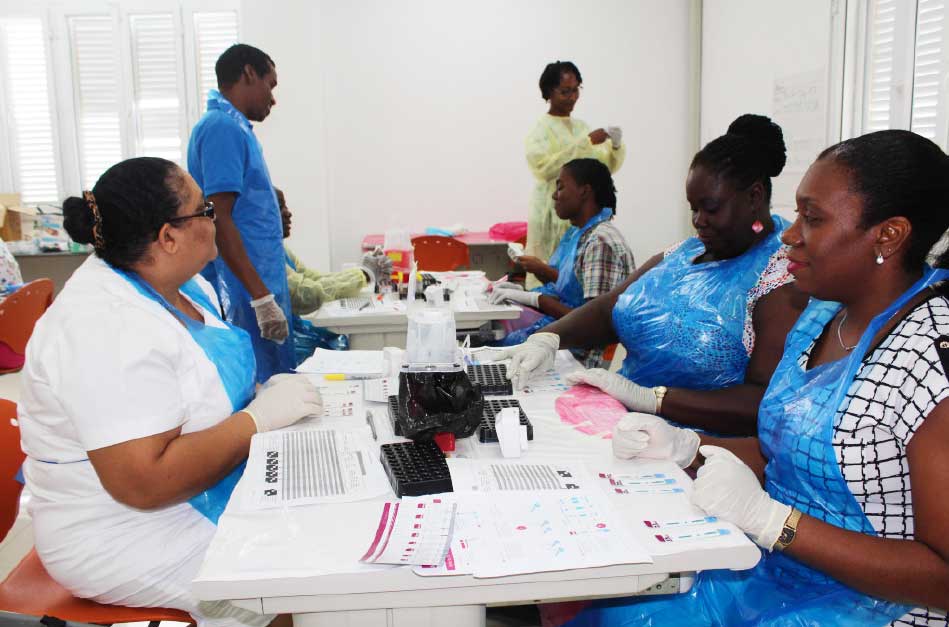 The OECS HIV/TB Elimination Project has embarked on an initiative to improve and standardise case-based surveillance reporting in the region through the use of HIV/STI/TB Clinical Management Software.

As a core component of strengthening Health Information Systems in the region, case-based surveillance (CBS) provides a platform for the effective monitoring and evaluation of HIV/AIDS programmes and facilitates the adherence of quality assurance standards.

A two-day regional sensitisation workshop with stakeholders was recently held in Saint Vincent and the Grenadines, from January 29-30, where a pilot of the CBS system is currently ongoing.

The workshop sought to reintroduce and build upon the progress of existing case-based surveillance systems in the region.

Dr.Cleophasd’Auvergne, Project Coordinator of the OECS HIV/TB Elimination Project, was pleased with the outcome of the two-day workshop which helped to chart the way forward for CBS in the region.

“Countries were thoroughly engaged in the process and collectively shared in the vision of having an integrated HIV/STI/TB case-based surveillance system without borders,” Dr.d’Auvergne said.

Participants were also briefed on the theory and practice of the newly-developed HIV Clinical Management Module (HIVMS V2), which has the capacity to integrate HIV/STI/TB surveillance in OECS Member States.