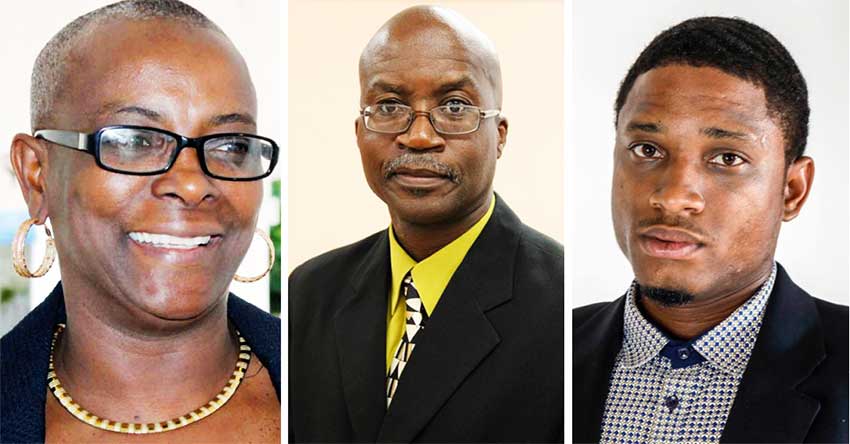 “WE see this launch as a journey towards the 40th anniversary.”

That was the main sentiment that reverberated throughout the 39th Saint Lucia Independence launch held in late January at the GIS Studios.

The words were uttered by Donovan Williams, Chairman of the National Standing Independence Advisory Committee and Permanent Secretary in the Department of Local Government and Culture, and signaled the Committee’s intention to use the 39th anniversary celebrations as a preparatory step towards the milestone 40th anniversary next year.

This sentiment was echoed by Senator Fortuna Belrose in her keynote address when she said: “I look forward to this year’s celebration with great excitement…and I’m even more excited at the prospect of how we will work together to make the 40th — the big 4-0 — a truly remarkable occasion.”

Williams, in stressing that this year’s celebrations will be used as a launching pad for next year’s celebrations, said that “we have been given a license to plot a milestone, using this year as our base; so it’s really about using this year as a means by which we can add value going forward.” He urged that “everything that we do here must be underpinned by gearing us to this milestone.”

Increased Involvement
Another theme that was a constant throughout this year’s launch was the need for increased participation by the public in the National Independence celebrations.

“We don’t appreciate Independence as much as we should,” lamented Belrose. “We are cultured to think that we have to remain dependent and when you look across the society that’s what you see.”

She threw down the proverbial gauntlet to St. Lucians when she said that: “I want to challenge St. Lucians to get involved. Your ideas for the types of activities which we’ll introduce are welcome. I encourage our committees across the island — because we have the town and village councils across St. Lucia — to bring in those ideas which will eventually get (back) to us at the Ministry.”

Speaking about the need for “generating hype and excitement and interest” in Independence celebrations, Williams stated: “I want to underscore the need for partnership and collaboration and dialogue with the widest group of stakeholders.”

The Continuing Theme
“Last year, we made the decision to establish a theme that will span multiple years: ‘I am St. Lucia’,” said Belrose, on the reuse of the Independence theme from last year. Elaborating further on said theme, she said that: “We all can interpret it our way. It evokes reflection and debate to inspire confidence and pride. It comforts and for me it reassures. It is many things to many people.”

Representing the National Youth Council at the launch was its president, Jeshurun Andrew, who said that “moving forward, it is important that many of our young people develop more of a sense (of) patriotism.” He also spoke about what it means to be St. Lucian and just how significant a portion of that is contributed by the people.

“I was having a discussion with someone and I was explaining to them that if you remove all St. Lucians from the island and you replace them with, say, persons from Australia, St. Lucia, in terms of what St. Lucia is, will no longer be St. Lucia.”

He continued: “St. Lucia is not just the land, the beaches, our development, the hills and the valleys; we are the people, we are the ones who make St. Lucia what St. Lucia is, and it is something that our young people need to embrace, need to understand individually. Each and every one of us contributes to that overall image of St. Lucia.”