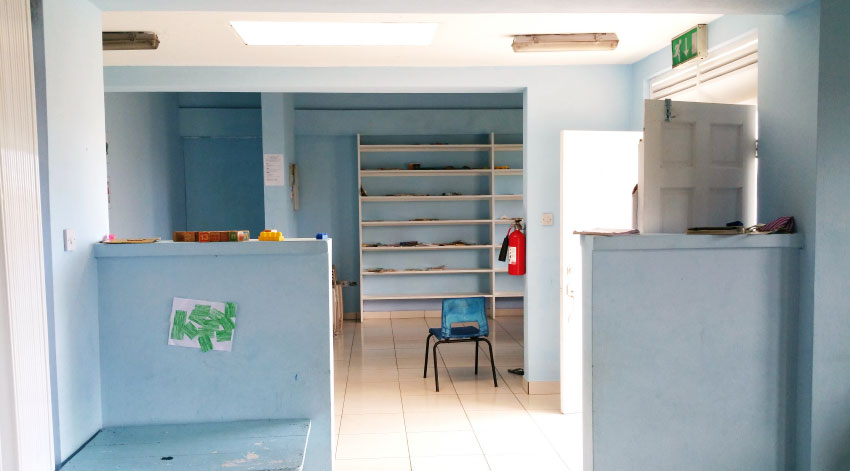 Ministry of Education Issues Deadline For Relocation of Students

LAST Wednesday was the deadline given to the administration of Gros Islet Pre-School to vacate the building they currently occupy, almost a year after a fire took place in the Administrator’s Office.

In an interview with The VOICE on Thursday, Felicia Joseph, a teacher at the school, said that: “The Ministry of Education (mandated that we) get out by yesterday, (but) we’re still here.”

Joseph claimed that staff and students at the school “have nowhere else to go, so we’re still here.”

When asked why she thought the Ministry issued that mandate, she said: “They said it’s not safe for the children, so we have to move…they’re saying it’s a government building and we’re not a government school, so we are not allowed to be here.”

She also said that the Ministry, “since the fire, (has) not come in to check the place.”

“The fire took place (in) the Administrative Office, so we just blocked it off,” she added.

She said she does not agree with the assessment that the school is unsafe: “I don’t agree with them (Ministry of Education) because if (only they) came to see what’s happening, then they would know our situation, because we tried our best to fix it up (the burnt area) and make it healthy for the students and nobody has fallen sick. I don’t think it’s not safe for them.”

Staff and students of the Gros Islet Pre-School have been housed in the building in question for 4 years. There are six teachers on staff, including administration, and 70 students. The fire in question took place on Independence Day last year.

This reporter did go to both floors of the Ministry of Education and to the Early Childhood Development Services building in La Clery for a response to these claims, but was unable to get an interview.

The following morning, this reporter was called by a representative of Early Childhood Development Services, but when asked to divulge her name and position at the institution, she refused. She said that “because of the nature of the situation (at the Gros Islet Pre-School), I won’t comment at this time.”