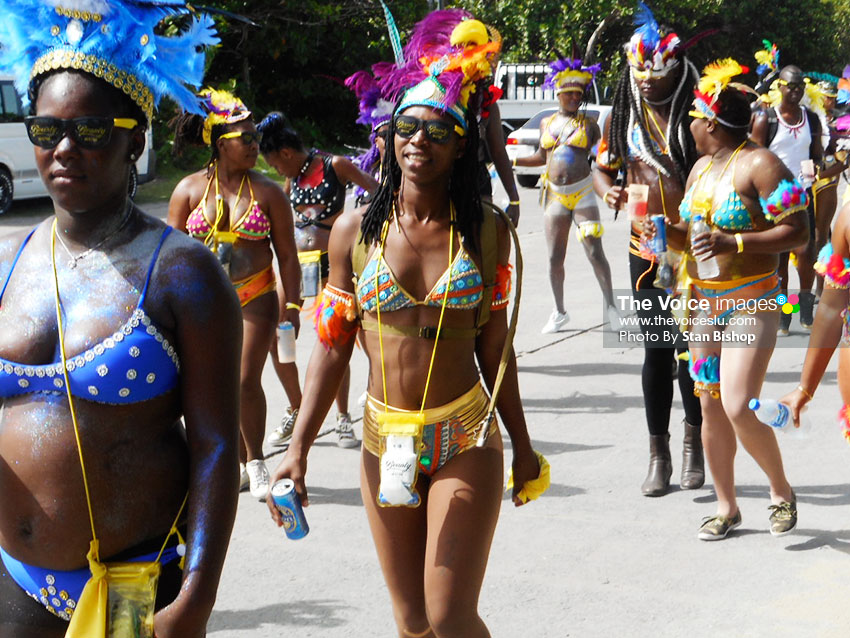 A CARNIVAL band leader in Vieux Fort is hoping that the recently-elected executive committee of the Vieux Fort Carnival Association will significantly improve carnival in Vieux Fort and make the investments in carnival bands more rewarding.

“I am praying for the best. The carnival bands in Vieux Fort are spending much more than they are making,” Andre Jn. Baptiste, band leader of Two Dayz of Peace, told this reporter.

Barry Hunte, another band leader, was elected president of the Vieux Fort Carnival Association, and Nyola Prescott, vice-president. The executive, which is comprise some members who served on the former executive, was elected on December 5, 2017.

According to Jn. Baptiste, the subvention which the Vieux Fort Carnival Association is usually given to host carnival in Vieux Fort is far from adequate and needs to be increased in order for Vieux Fort carnival to develop.

He lamented that most of this money is paid for police security and the artiste performances, leaving very little for the bands which play a very important role in the annual event. Seven bands usually take part in Vieux Fort carnival.

“This is not helping us. It discourages bands from taking part in Vieux Fort carnival,” he said, adding that some bands take part in the event infrequently.

Jn. Baptiste said these are some of the issues he would like to see the new executive look into.

Now that the executive is looking into the possibility of organizing a queen show this year, Jn. Baptiste said the expenses of carnival bands will increase significantly.

“We will now need more money to have attractive costumes. It will not be easy,” he said.

Jn. Baptiste said bands cannot depend on sponsorship from business-houses in Vieux Fort because of the tough economic situation.

“Whenever you approach business-houses in Vieux Fort for sponsorship, they say things are tough,” he said.

He recalled last year when he sent out about 30 letters seeking sponsorship for his bands, a venture that did not pay-off as he hoped. However, he said his usual sponsors SMJ Beverages and Larry Scrap Metal of Vieux Fort have not let him down, and he is very grateful for that.

He said that over the past three years, carnival in Vieux Fort has deteriorated.