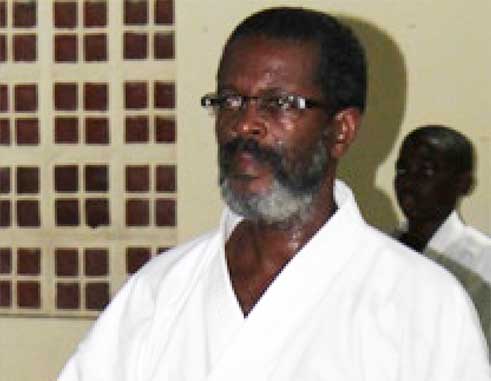 KARATE Federation Saint Lucia is steadfastly implementing its 2017 programme of activities in keeping with the main goal of participating in karate events in the 2020 Olympic Games in Tokyo, Japan.

KFSL has received invitations from these regional bodies to participate in various events that would assist in preparing the federation for the qualifying events for the Olympic Games. These qualifying events are the XXIII Central American and Caribbean Games which will be held in Colombia in 2018 and the XVIII Pan American Games which will be held in Lima, Peru in 2019.

The federation is currently preparing to participate in a number of regional events which are being hosted by the PKF and the CKF. At the competitive level, the federation will be sending a team of athletes to the XXXI PKF Senior Championships in Curacao from May 23-27 and the III CKF Championship in Suriname from July 11-15.

At the technical level, selected members of the technical committee of the federation have been identified to attend coaching and referee courses which form part of the programme of the XXXI PKF Championships and the III CKF Championships. This is in keeping with the goal of increasing the knowledge, skills and capacity of the technical personnel of the Federation in order to ensure that local standards are on par with international and Olympic standards. The Federation is planning to replicate these courses in Saint Lucia in September with the assistance of the expertise from the PKF and the CKF.

The technical programme of the federation for this year also includes events to promote Youth in Karate. In this regard, the following are being planned: a National Youth Karate Camp from August 14-18, participation in the Junior, Cadet and Under-21 Pan American Championship in Buenos Aires, Argentina from August 21-26 and the launch of the Karate Programme in Schools (pilot) in September. The federation also intends to host its first National Championships in November.

In keeping with its policy of inclusion, the federation is planning a National Martial Arts Festival in October, to which all martial arts organizations will be invited.

The national executive committee of the federation would like to thank its current affiliates, in particular their Chief Instructors, for their support and looks forward to their continued participation in the affairs of the federation in order to ensure that Saint Lucia karate has a place in the 2020 Olympics in Tokyo, Japan.