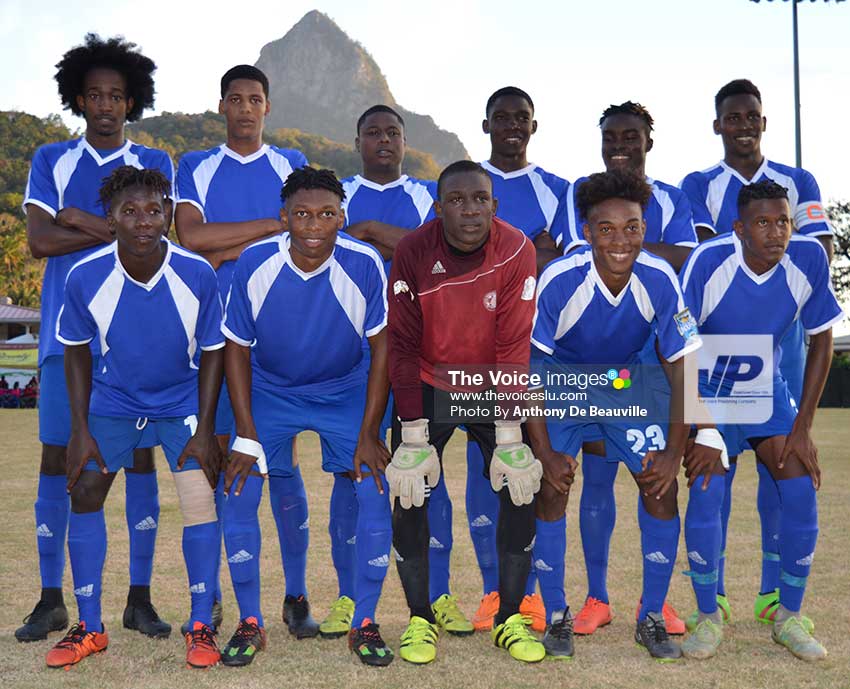 FOOTBALL action in the Saint Lucia Football Association/Vizions Entertainment Football Tournament 2017 continues this weekend with four matches at two venues as teams continue to juggle for quarterfinal spots in the tournament.

From 8:00 p.m. today, the Phillip Marcellin Grounds will host a must-win match for Vieux Fort North and Canaries as the two teams battle it out in a bid to join the National Under-21s in Group 3 to make it to the quarterfinal stage.

At present, VFN have 4 points from three matches and a win over Canaries will see them equal with Canaries on points (7). A win for Canaries will land them on 10 points.

The National Under-21 team is currently on top with 10 points.

Tomorrow, in the first match of a double-header, Central Castries play Choiseul from 6:00 p.m. and Babonneau take on Roseau Valley at 8:00 p.m.

Also tomorrow, Soufriere will be at home to play Gros Islet for their matchup scheduled for the Soufriere Mini Stadium at 8:00 p.m.

On Wednesday, La Clery defeated Anse la Raye 1-0, the first half ending 0-0 despite several scoring opportunities for both sides. The second half started with a little more excitement. La Clery got the lucky break from their attack, with their captain, Pernal Williams, leading by example and taking the attack to Anse la Raye from a well-played counter-attack giving La Clery a 1-0 advantage in the 65th minute. Ansela Raye battled valiantly but were unable to find any glimmer of hope. They had some good plays, but managed getting a couple of their shots on target.

In the second encounter, Vieux Fort North and Mon Repos played to a 1-1 draw.

Mon Repos, with their pressing and counter-attacking play, were rewarded in the 23rd minute with a solo run by Jelanie Joseph ending with a fine strike to make it 1-0. This was Mon Repos’ first goal in the tournament in four matches played.

VFN did create chances, but were not able to convert. Their best opportunity came in the 32nd minute with a point blank shot on goal, which the Mon Repos goalkeeper, Lastus Camille, was equal to, resulting in a section of the spectators standing and saluting him for a magnificent save to leave the score line at 1-0.

The second half somewhat lived up to expectations. Vieux Fort North came out with all guns blazing, creating waves of attack. They eventually got their reward. In the 59th minute, the most diminutive player in the tournament, Tyron Moffat, got on the end of an almighty scramble to get his team on level terms.

With the scores tied at 1-1 and 30 minutes to go, fans were excited about the possibilities.

There were a few great plays and chances created afterwards, mostly by the VFN team, but no goals were scored. Fans were kept hoping for more excitement as the time slipped away and chances created, but none were taken. Final score: 1-1.

Meanwhile, at the Phillip Marcellin Ground, Canaries defeated Laborie 4-1 and Soufriere had the better of Gros Islet 1-0 at the Soufriere Mini Stadium.