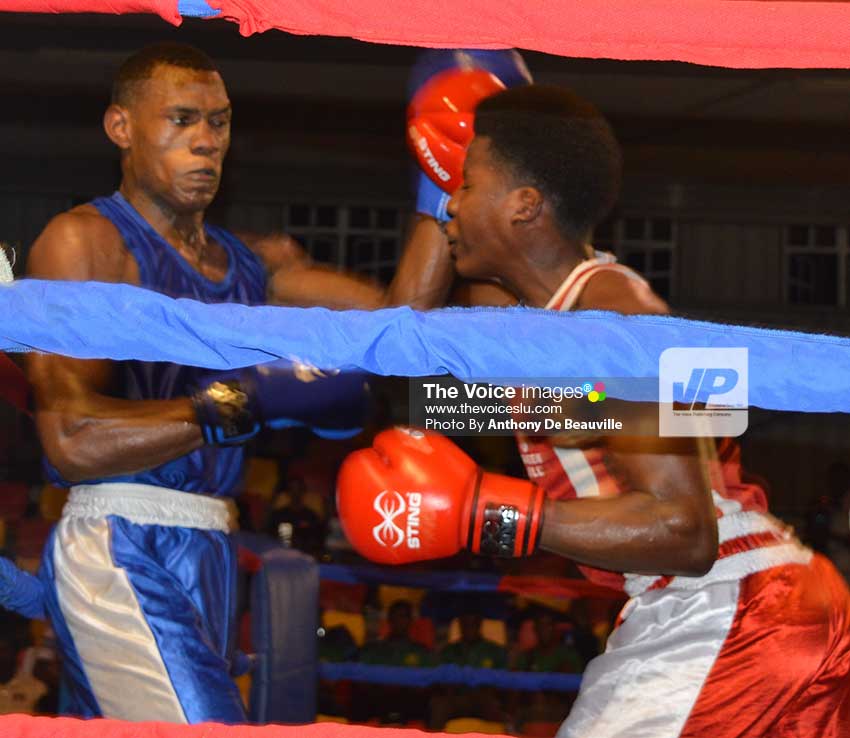 The curtains will come down this evening on the revived OECS Boxing Invitational Championship taking place at the Beausejour Indoor Facility in Gros Islet with two of the island’s leading boxers, Lyndell Marcellin and Nathan Ferrari, in action.

A small crowd was on hand to take in the action on the opening night last Thursday where a brief opening ceremony and marchpast of the participating countries took place followed by a series of fights on the card.

Keithland King of Saint Vincent and the Grenadines defeated Karl Warner of Antigua and Barbuda. Saint Lucia’s Marvin Anthony had a unanimous decision over Ision Fraser of Barbados despite Anthony having previously been given a standing 8-count by the referee Richard Brathwaite after receiving a solid right hand to the head. The two boxers were also cautioned by the referee for excessive holding onto each other.

It was not good news for Saint Lucia as debutant Kimlyn Martie, a student of the Corinth Secondary School, was shown a serious lesson by Rufus Vesprey of Grenada. Martie had no answer to Vesprey’s thundering punches to the body in the Light Welterweight (60-64 kg) in the first round leaving referee Jozef Fadoul with no choice but to stop the fight midway in the first round.

Also in action on the night was Wayton Phillip of Antigua and Barbuda against Brandon Lee of Barbados. It was an all-Antiguan affair in the Bantamweight (52-54 kg) between Franklyn Spencer and Jeremiah Toussaint, while Pierre Laborde of Guadeloupe later took on Javannus Fevrier of Saint Lucia.