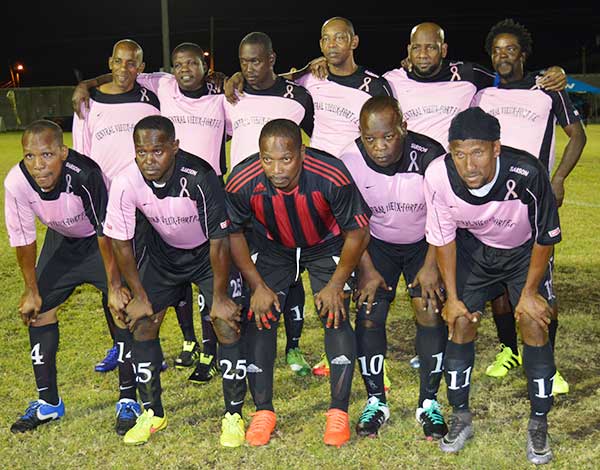 THE four semifinalists have been decided in the Veterans In Sports Inc./Saint Lucia Football Association tournament.

On Saturday in the first quarter final game, FLOW Lancers and Soufriere played to a 1-1 draw at the Phillip Marcellin Ground after the former took the lead in the 22nd minute through a goal from Nigel Springer. But the defending champions fought their way back into the encounter when prolific scorer Jerome Serville struck a low right foot shot in the 26th minute from 45 yards out to beat FLOW Lancers FC goalkeeper Vilan Edward to his right and leave the score-line even at the halftime whistle.

On the resumption, the two teams upped the tempo with several goal raids. FLOW Lancers were robbed of two scoring opportunities; one which hit the uprights in the 67th minute and another after Gilroy Hall waltzed into the Soufriere defense with a cross which his teammate headed just inches wide from goal.

Despite the near misses and entertainment from both teams throughout, the final whistle following regulation time and 20 minutes of extra time saw the score-line remain 1-1 with the dreaded penalty shootout ultimately deciding winner. Final score: Soufriere 4, FLOW Lancers FC 2.

In game, two former champions VSADC advanced to the semifinal when they defeated Valley Legends 2-1. 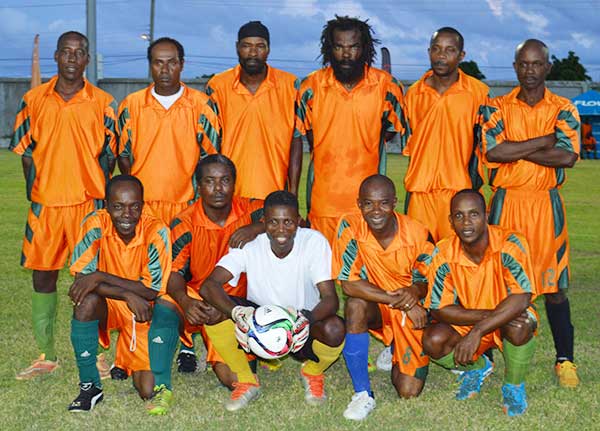 VSADC’s first goal sparked some questioning on the square by Valley Legends as the third official’s flag went up for a hand ball by one of their players in the penalty area. Play was halted for a few minutes as VS players protested the assistant’s call.

However, the referee awarded the penalty kick and Sean Kirton brought home VSADC’s first goal in the 26th minute.

VSADC’s Mathurin Jules scored his team’s second goal in the 65th minute. With time running out, Valley Legends’ Hayes Marcel cut the deficit by one in the 86th minute and the final score was VSADC 2 and Valley Legends 1.

In the third quarterfinal played on Sunday between former champions Caricom Masters and Micoud, the latter stunned CM 1-0 with a goal scored by Conrad Evans in the 65th minute. The halftime score was nil-all as both teams played a similar brand of football. 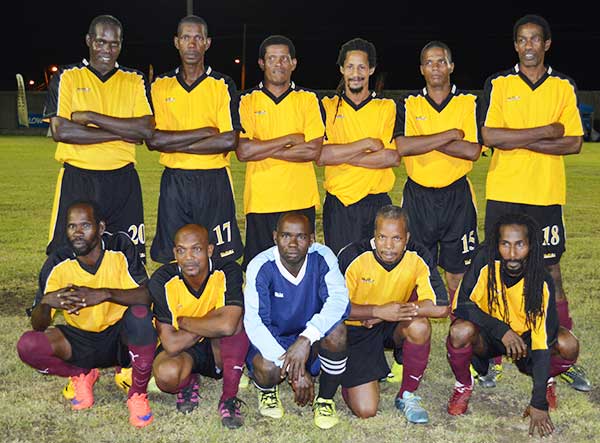 Caricom Masters, however, blew a chance in the 89th minute when one of their players hit a powerful shot across goal only to leave their striker Alvin Malaykhan stranded in front of goal.

In the second contest on the evening — which proved the better game on the night despite a persistent drizzle — Central Vieux Fort defeated a much-improved Prophets and Kings 3-0.

Former national striker Titus Elva made amends after he squandered a penalty in the first five minutes of the game when his powerful right foot shot went way above the uprights. Three minutes, he squandered another scoring opportunity, this time a one-and-one with the Micoud goalkeeper which he kicked wide off target.

However, Elva redeemed himself when his powerful right foot shot which eluded goalkeeper Sam Benjamin in the 18th minute while substitute Choix Melchior made it 2-0 to seize the halftime advantage. 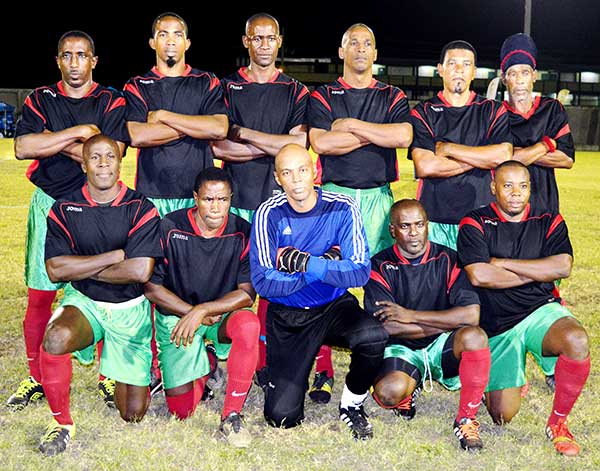 On the resumption, despite PAK’s urgency and fast pace game, CVF had enough depth to further extend their lead when substitute Nick Janiel made it 3-0 in the 84th minute.

Football enthusiasts coming to take in the showpiece at the PMG this Sunday will see one of the tournament’s favourites, Central Vieux Fort, come up against defending champions, Soufriere while former champions VSADC play a determined Micoud team.