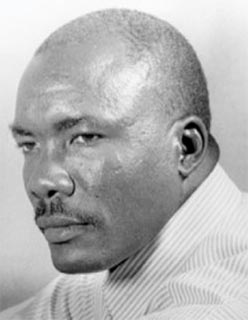 Pearl of The Caribbean-5.

According to the Southeast Asia magazine, The Peak, the 55 year old billionaire, the last of ten children, was born and raised in Malaysia to Chinese parents. His father a fisherman and his mother a housewife. He earned his bachelor’s degree in architecture from the University of New South Wales, Australia, where he was awarded best architectural graduate. After working in Australia for a few years he attended Harvard University and graduated with a master’s in urban design. Following Harvard, he established Teo Ah Khing (TAK) Design Consultants in Singapore in 1993, and in 2005 opened a branch office in Dubai. For his firm’s first major assignment, he redesigned the Putrajaya township of Malaysia, to become the country’s new federal administrative city. Next he built military headquarters for the government of Pakistan, and then a US$11 billion, 12,009 acre township in Rawalpindi, in the Punjab, Pakistan, for Malik Riaz, a Pakistani property tycoon and philanthropist.

His opening of a branch office in Dubai paid off handsomely. He served as an advisor to Sheikh Mohammed Rashid Al Maktoum for seven years, during which he first designed two palm tree-shaped island developments for the Sheikh, and then designed and built his masterpiece, the Meydan Racecourse, that made him world famous. The racecourse, which took three years to complete at a cost of US$1.25 billion, can accommodate 60,000 spectators, and came with a 285-room hotel and museum. Completed in 2010, the Meydan hosts the Dubai World Cup, the world’s richest race with over US$29 million in prize money.

Before Khing worked for the Sheikh, he knew little about horses and racetracks. But according to him, “to design for horses, I had to understand horses.” So in his seven year tenure with the Sheikh during which he travelled around the world twice, visiting all the elite horse race courses he absorbed all he could about thoroughbreds and horse racing. Breaking into the world of horses and horseracing was an obvious challenge, but Khing admitted that he had an advantage. His architecture training gave him an eye for detail and a good sense of a horse’s proportion, such as its space, curvature, stability and muscle distribution.

Properly schooled in the ways of horses and horse racing and the building of horserace courses, Khing had an itch to put to the test all he had learned. So he established the China Horse Club (CHC) in Shanghai as an expression of his late parents’ wish to pay tribute to his motherland, and to create a sustainable breeding industry that will create jobs and boost the economy, and also to “bring high class thoroughbred racing and the experiences that come with it to a population that has not experienced the social, cultural and lifestyle aspects of the sport;” for you see, the sport hasn’t taken off in China as it should because betting is illegal.

The China Horse Club specifically targets China’s bulging class of nouveau riche; indeed a fertile ground, for China’s 251 billionaires make it second only to the United States and accounts for 14% of the world’s billionaires. The CHC has over 200 members, each having paid a membership fee of US$1.4 million and required to own thoroughbred race horses. Imagine that. At US100,000 per citizenship (assuming investment in the National Economic Fund), the CHC membership fee buys 14 St. Lucian citizenships. Capped at a membership of 2000, besides the thrill of horse racing, the CHC provides its members opportunities to hobnob with other wealthy people and with national and international industry leaders. Khing’s promotional pitch presents the CHC as “Asia’s premier racing, business and leisure club, offering members and guests peerless service, experience and top-tier racing all within a luxury equine environment… a doorway to a world of opulence and extravagance.”

Khing’s venture into horse racing has probably exceeded his own expectations. Over the past two years CHC has spent over US$11 million on race horses and breeding stock. Its 200 racehorses are racing in as many as eight countries. Just a few years in the business, CHC horses have been winning 53 percent of the time and have claimed 63 titles in eight countries. CHC investments doesn’t stop at horses. It owns a ski resort in Switzerland and a US$4.28 million, 100 acre property outside Sydney for the leisure of its members who are scattered across 19 countries.

With such success and in possession of a horse club whose members probably have more money than they know what to do with, the next logical step in Teo Ah Khing’s career projectory would be to have his very own horse race track. But China doesn’t allow betting. So Khing probably reckoned that If the mountain won’t come to Mohammed then Mohammed must go to the mountain. He must build a horserace course outside China, and given his great success as an architect / developer, why stop there, why not create a whole world within a world so his rich horse club members and wealthy friends around the world can come and play with great abandon. And so the Pearl of the Caribbean was born, a development that would serve as an enclave, likely cut off from the rest of Vieux Fort and the island, and to which St. Lucian’s will have little access. But nothing new here, one finds few locals guesting at St. Lucian hotels.

Clearly, in Teo Ah Khing the movement to protect the country’s sovereignty and patrimony has found a formidable foe, for he is a man on a mission, a man of passion and great self-belief. He is also a man of great tenacity. A man that refuses to take no for an answer. For example, although at the University of New South Wales he was awarded best architectural graduate, he was about to fluke out during his first semester at Harvard. He said because of his limited computer skills he was too slow in grasping concepts and completing assignments. Nevertheless, he buckled down, came up to speed with the computer, such that he graduated a semester early, and was awarded most improved graduate.

According to Dr. Kenny Anthony and Dr. Ernest Hillarie (former CEO of West Indies Cricket Board, former St. Lucia High Commissioner to London, former Chairman of the CIP, and apparently Labour’s heir apparent to the political throne) Khing leaves no room for negotiations, his approach is: don’t mess with my masterplan, take it or leave it. Khing has intimated that the same way his eye for detail, shape and proportions gained from his architecture disciple has made him a good judge of horses, his working with horses increased his ability to pick up on nonverbal cues which have enabled him to read and understand human beings better. Apparently, law professor and three term Prime Minister, and regional luminary, Dr. Kenny Anthony, was no match for him; and if the signed DSH agreement is anything to go by, hotelier and first term Prime Minister, Allen Chastanet, is proving to be even less of a match. Teo Ah Khing’s ability to read what was never spoken is likely to be a big factor, leaving the two prime ministers with little chance. Now it’s left to be seen whether the protestors can fare better than the former and present prime ministers.

The Pearl of the Caribbean is a ten part article on the DSH agreements. Born and raised in Vieux Fort, Dr. Anderson Reynolds is an economist and an award-winning author. His third book, The Stall Keeper, a novel set in Vieux Fort using the American World War II occupation of the town as backdrop, will be published first quarter of 2017.