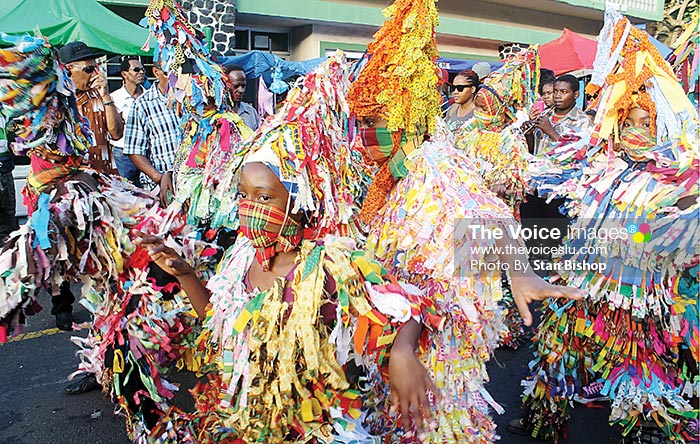 THE three-day Assou Square event brought out hundreds of patrons earlier this week. However, what was previously billed as a fun event in years past has turned out to be a mixed bag for many who either found the fun or found it lacking in many respects.

With sporadic showers putting a damper on the event each day, many people nevertheless came out to take in the final days of the holiday season. There were lots to eat, drink and buy. But one really needed to look closely to find the fun in some cases.

With recorded music dominating most of the event, patrons were forced to make the rounds around Derek Walcott Square – which was soggy from the first day’s rain – to take in some of the gambling, lucky dips and sounds from firecrackers before a live act hit the stage. There was also horseback riding near Ferrands Dairy’s nearby outlet and story time with Kennedy “Boots” Samuel in the Central Library.

But one new attraction to this year’s Assou Square appears to have left a positive – and fun – impression on many patrons. The choochoo train, which offered a 15-minute ride around the city circuit offered patrons a fun, educational tour centred on themes of Castries and Saint Lucia.

For an admission of $15 for adults and $10 for children, those who boarded the blue and yellow train explained that the new experience trumps most of the activities deemed fun at Assou Square. However, many patrons complained that the boarding fee was a bit steep, especially for children.

For an event that was designed to usher in the new year in good cheer, many people complained that Assou Square was losing its common touch, especially as it relates to the traditional games and other activities that served to draw large crowds to the event in years past.

Others pointed to rough economic times as the reason for their budget being scaled back this year. In fact, some vendors noted that they were unable to make a decent profit this year due to the smaller crowds.

Whatever mixed reactions there were at Assou Square this year, the event was relatively incident-free, thanks to the heavy presence of the police who made sure that whatever little fun there was went uninterrupted by the criminal element.