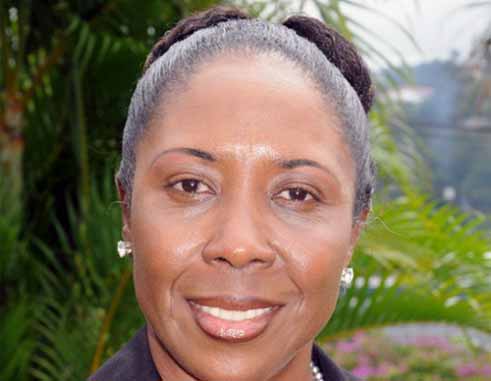 I have been anticipating the resignation of Dr. Ubaldus Raymond in the wake of the release of nude photographs purportedly of Dr. Raymond, a scandal which has pervaded every local and regional headline. Instead, however, the response of the Minister in question and Prime Minister, amongst others, has been of great concern to me.

As a woman and former Minister for Health, Gender Relations and Human Services, it is indicative upon me speak on this issue, especially in light of the fact that an 18-year-old female student was arrested and charged with immediacy on account of bribery, whereas Dr. Raymond continues to function in his ministerial post.

As adults, we must always be cognizant of the fact that our boys, girls and young people are watching us and following our lead. We need to set a good example because failure to do so shall contribute to the failure of an entire generation.

As a society, we must stop allowing double standards and prejudices to pervade our moral beliefs or modify what we know to be right or wrong.

As a society, we must, by our actions, show that neither women nor the weak and vulnerable are made to bear a higher burden than men or persons in positions of wealth, power and authority.
Whereas we can all appreciate that we are not without fault, we must nevertheless consistently demonstrate that our errors in judgement come with consequences which, irrespective of person, we all need to face in accordance with the nature of our mistakes.

Dr. Raymond in his capacity as Minister in the Ministry of Finance represents the Government of Saint Lucia and the people of Saint Lucia. We, Saint Lucians, therefore, have a right to hold him accountable for his actions and inactions to a standard which is ‘‘honourable’’ – in other words, admirable, principled, respectable and upright.

In these circumstances, it is most evident that Dr. Raymond must do the honourable thing and tender his resignation immediately. I am appalled that neither Dr. Raymond himself, nor the Prime Minster, would have seen if fit for his resignation to have been tendered with the equivalent promptness at which the student was arrested and charged for alleged involvement in the matter.

As a people, we must demand more and better from those to whom we entrust our Fair Helen to exercise good judgement in making decisions which will result in our prosperity. Our silence may be interpreted as acceptance or tolerance of wrongdoing and this is never the legacy we want to leave for future generations.

We must stand for justice, equality and accountability for all.