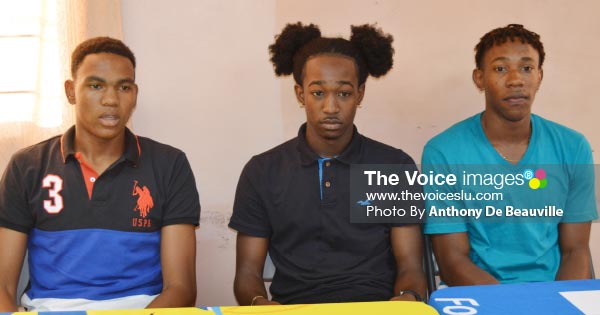 SEVEN of Saint Lucia’s talented young footballers are currently in Barbados as of Thursday for a six-day stay at the High Performance Centre at the University of the West Indies in the hope of gaining a scholarship and further excel in the sport.

The players are all under 20 years old and the experience at the UWI High Performance Centre is aimed at exposing them to a different level of preparation and doing things than they have been used to with their local clubs and at the national level.

The Caribbean Football Union has partnered with the UWI to create a similar initiative as done with the WICB. The players must be academically sound and must be a good enough football player to qualify.

Their stay at the HPC is a trial run and based on their football prowess and ability, they will then have to apply to the university and get 50% of the scholarship.

The trial run is open to all countries under the CFU banner during the final phase, meaning that at every CFU Youth final, the CFU and the University normally look for players to enroll.

President of the Saint Lucia Football Association, Lyndon Cooper, in presenting three of the seven players present to the media, said, “This is one of the most remarkable things that could ever happen to the Saint Lucia Football Association, especially in the first week of 2017. Sending seven players to the UWI High Performance Centre in Barbados is remarkable.”

Cooper encouraged the players to do their best to not only enhance themselves, but to also convert what they would have learnt to the national team.

He said: “These are the opportunities the SLFA wants to open for other prospective young players for us to propel our national team forward in the shortest possible time. We think all of our young and better players should be coached or trained at a level much higher than what we have.”

He continued: “Once we can have them involved in that kind of training, that kind of intensity, it’s an indication we are basically on the right track. The SLFA just wants to encourage them and hope they put their best foot forward and to make themselves, their family members, Saint Lucia and the sport of football proud.”

The players said they were very happy for the opportunity given to them by the SLFA and intend to make good use of it.