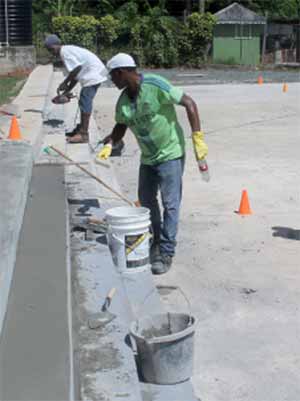 “The persisting high level of informal work for domestic workers is due to three main factors,” explained Claire Hobden, ILO specialist on domestic work. “The employment relationship takes place within the private sphere – the household. So it can be blurred or disguised by social norms. Households and workers are often not aware of their respective rights and responsibilities and may perceive formal arrangements as costly and complicated. Low levels of voice and representation in the sector also means that households and workers sometimes do not have a means of shaping policy.”

The study also suggests that domestic work is predicted to grow, even though it is difficult to give exact numbers.

“Many countries are on the onset of a care crisis. Because of the aging population and the rise in female labour participation, families are increasingly turning to domestic workers to care for their homes, children and aging parents. Formalization policies can help ensure the creation of a sufficient number of decent jobs in the sector, as well as a workforce trained to provide quality services. In the absence of such policies, informality in domestic work will most likely persist,” Hobden said.

Looking at how to reduce the level of informality in domestic work, the study details practices and policy approaches from countries around the world that either improve or worsen the situation.
Approaches combining incentives with compliance measures
Based on country experience from around the world, the authors suggest different measures which can be used by governments, employers’ and workers’ organizations to reduce the high levels of informal work among domestic workers:

• Support households in making formal employment arrangements by simplifying registration procedures, setting standard contracts, and making model pay slips available for public use.
• Promote formalization by lowering costs of domestic services to households, including through fiscal incentives and public investment.
• Extend social insurance to domestic workers, where they were previously excluded.
• Promote the professionalization of domestic work through skills training and salary scales to match certification and experience
• Develop compliance campaigns that include awareness raising of workers and employers about rights and responsibilities.
• Promote the voice and representation of domestic workers and their employers, with a view to conclude social dialogue and collective bargaining agreements.
• Service voucher systems provide a promising avenue to combine various approaches to formalization.

“Taking specific action to promote formal employment for domestic workers can make a significant contribution to the achievement of the UN’s Sustainable Development Goal 8 on promoting inclusive and sustainable economic growth, full and productive employment and decent work for all. This means that no worker should be left behind. Formalizing domestic work is, therefore, a key means of ensuring that this goal will be met,” concludes Philippe Marcadent, Chief of the ILO’s INWORK branch that produced the report.