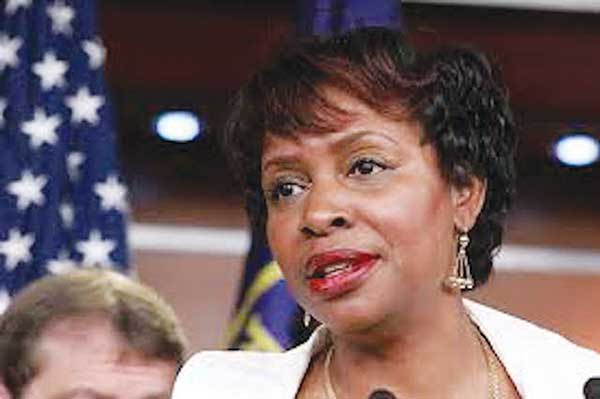 “I am deeply troubled by the President-Elect’s decision to nominate Senator Jeff Sessions for the position of Attorney General,” said Clarke, the daughter of Jamaican immigrants on Saturday.

“As a political appointee to the Department of Justice who was sworn to uphold our laws, Senator Sessions referred to some of the nation’s leading civil rights organizations as ‘un-American,’ cited approval for the Ku Klux Klan, and demeaned his African American colleagues.”

Clarke, who represents the largely Caribbean 9th Congressional District in Brooklyn, said members of the US Senate Judiciary Committee found these comments “alarming” and refused to confirm his nomination as a federal judge.

Sessions’ nomination was ultimately withdrawn after several Senate Republicans refused to back his candidacy.

“These comments alone should be disqualifying,” Clarke said.

“The position of chief law enforcement officer requires compassion and a genuine commitment to equality under the law.

She said the next Attorney General will have to address matters involving voting rights; immigration reform; the criminal justice reform; the prosecution of white-collar crime on Wall Street; and lesbian, gay, bisexual, transgender and queer (LGBTQ) rights.

“The record Senator Sessions has compiled on civil rights demonstrates the absence of such qualities,” Clarke said. “His nomination threatens to divide our nation, rather than unite all Americans as equals. “I therefore call on the President-Elect to rescind this nomination and appoint a qualified individual to the position.”

The congresswoman also called on her colleagues in the US Senate to oppose this nomination and the American people to raise their voices in opposition.”

“I am deeply concerned about the appointment of Stephen K. Bannon as Chief Strategist and Senior Counselor to President-Elect Donald J. Trump,” Clarke told the Caribbean Media Corporation (CMC) on Thursday.

“Mr. Bannon’s longtime association with white nationalist, xenophobic, and anti-women politics has raised serious concerns that he will use his position in the federal government to undermine the best traditions of our nation and attempt to relegate women, African Americans, Latinos, Jews, Muslims, and the lesbian, gay, bisexual, transgender, and queer (LGBTQ) community to second-class citizenship.

The members of the US Congress said Bannon’s appointment sends the wrong message to people who have engaged in xenophobic, racist and discriminatory activities, “indicating that they will not only be tolerated, but endorsed by your Administration.”

The congress members said millions of Americans have expressed fear and concern about how they will be treated by the Trump Administration, adding that Trump’s appointment of Bannon “only exacerbates and validates their concerns.”