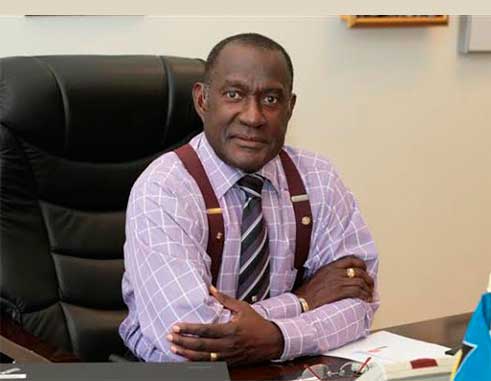 THE Rotary Club will this morning break the ground in the George The Fifth Park for the construction of a soup kitchen, as part of an initiative to fight poverty in the city.

The project is the brainchild of former Rotary President and Banker Chester Hinkson who has on several occasions in the past publicly lamented the state of poverty in the country.

Government officials and Mayor Peterson Francis are expected to attend the ceremony.

Hinkson says the current level of poverty in the country is unacceptable and needs to be urgently addressed.

He said: “ Poverty in my opinion just like slavery and racism are crimes against humanity and must therefore be the concern of everyone”

By building the soup kitchen, Hinkson said Rotary was demonstrating its commitment to help eradicate the problem..

He recalled that on January 2, three years ago he had the privilege of participating in a feed the poor programme sponsored by The Rotary Club of St. Lucia. No less than 250 people were fed between the hours of 12.00 Noon and 2.00 p.m. at the Castries City Hall, which he described as “a touching experience I will never forget. At the end of that day I asked myself- what are all these people going to do and where will their next meal come from on January 3rd and beyond?

Hinkson said he had witnessed later many young people- male and female eating from garbage bins in town “in direct competition with the many dogs and rats plaguing our city”.

On becoming President of Rotary in July of that year, Hinkson said he made a passionate appeal to Club members to consider and embrace the idea of a permanent Soup Kitchen where the poor and indigent could enjoy not only a daily meal, but have a shower, change of clothes, socialize and be counseled with the ultimate aim of being transformed into more productive and normalized citizens.

Hinkson said his organization was attempting to sensitize the public to the plight of the poor and indigent in St. Lucia and was encouraged by the verbal feedback it continued to receive from a number of non- Rotarians who want to help

“People meet me on the streets and ask- How can I help? This is encouraging as it shows a sense of empathy and compassion. The government does not have the resources to solely support the existing social programmes in this country far more to increase the level of support. Might I add that caring and sharing are not the responsibility of just the government and the church, but all of us- to be gracious, kind and considerate in our various communities. We therefore implore you to give of your time, your efforts your money for the good of others.”