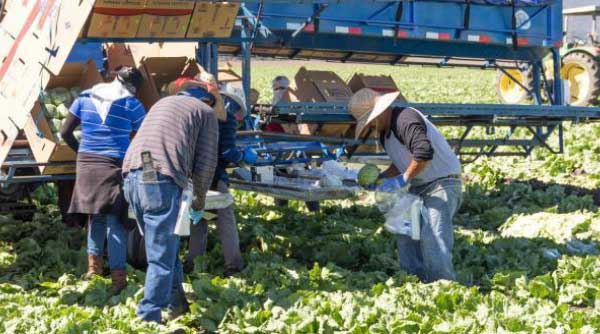 IN recent discussions, we have referred to the review of our economy by the CDB and the Bank’s conclusion that, if we undertook the necessary fiscal reforms then the future for St. Lucia looks bright.

The Bank provides the sober advice that we have to do better at managing our fiscal affairs, and that first means that we have to stop spending more than we earn. We need also to generate sufficient savings so that we can manage our debt burden, and then we need to invest in transformative infrastructure projects. That’s the old-fashioned way: work hard, don’t spend more than you earn, and invest in infrastructural projects which will spur growth in the economy.

The CDB Review does not however suggest that our economy is in crisis, or that desperate measures are required to rescue it, and the recommendations which the Bank makes in its Review enable the country to bring its Debt to GDP ratio back to the recommended 60% over the next 15 years. We have serious economic problems which require prudent management, but nothing more.

Recently also we’ve had a discussion on the topic of Foreign Direct Investment and the low levels that we have been experiencing over the last several years. In the face of claims some months ago that the projects proposed under the Citizenship by Investment Programme were an indication that investor confidence had returned to St. Lucia, we pointed out that there was nothing to support those claims as our economy remained weak and there was therefore no reason for this increased confidence. What the country had in fact been doing was camouflaging a weak and unsustainable economy with inducements to external prospectors through the CIP.

But we need Foreign Direct Investment, as this injects fresh money into our economy and allows us to grow. What we don’t want with those investments however is for them to come all at once, as that is a recipe for chaos. It’s not hard to arrive at a picture of that as we have a fixed number of employable persons, and demand will quickly exceed the number of available persons possessing university education. On the construction side, high demand will rapidly exceed the number of skilled tradesmen available, exceed the capacity of our equipment and transportation sectors, and severely strain our infrastructure.

When either or both of these happen, demand exceeding labour or equipment availability, the incoming FDI flows straight back out as inputs for the investment have to be imported. With FDI, what we want is not a heavy downpour, but a slow, steady shower of investment. What then is the value of that steady shower of investment that we would most benefit from? We don’t know and we hope that our economists will lend a hand, but in the meantime we can speculate.

Fortunately for us, the impacts of investment in both construction and agriculture on the economy of Jamaica have been studied, and while the conditions and results may not be identical to ours, we can use them as a guide. The report on that study, issued in 2010 but based on 2008 data, is entitled “Responding to Crisis with Investment: The Short-Term Employment and Economic Growth Effects of Construction Sector Investments in Jamaica”, and was prepared by staff of the International Bank for Reconstruction and Development, IBRD, an arm of the World Bank. The report includes a caution on the accuracy of the employment data available, but it is a sufficient guide to the impacts of these two sectors.

According to this report, the multiplier effect of both construction and agriculture in Jamaica in 2008 was 1.6. This means that for every US$1m of investment in either the construction or agriculture sectors, US$1.6m of growth was generated across the economy.

If we give the same consideration to agriculture, then with 205 jobs being created with investment of US$1m, about US$120m or EC$330m is required to create full employment in any one year. Except that for agriculture, we can expect a substantial number of those jobs to become long-term employment, and that means that the level of subsequent annual investment required would be much lower.

If we speculate further and suggest that half of our unemployed population would gain employment by investment in construction in any one year, then the question which faces our technocrats is determination of the level of investment needed to generate sustainable additional employment in agriculture for about 12,000 persons. That data may or may not be available for St. Lucia, but if it is not, then conducting field trials in order to obtain it would be experiments worth our while.

With the experience of Jamaica indicating that the multiplier effect is the same for both agriculture and construction, 1.6, it should not matter to the economy where the investment takes place as we experiment with agriculture. And if we commit to establishment of those 12,000 jobs in agriculture, then the maximum that we can absorb in construction in any given year would now become US$150m, or EC$400m.

Remember, the data is not perfect, and we are assuming that Jamaica’s experience can be applied to St. Lucia. But even then, provided we re-establish agriculture, investment in construction of EC$400m annually would create full employment. Full employment is an optimistic goal and so investment of even half of that amount would make a huge additional dent in our unemployment numbers.

Investment in agriculture is particularly attractive however, as it can be done in stages and the investment strategy can be continuously tailored by the experience gained over the preceding years. There is a concern though that somehow, our labour force sees construction as a more acceptable avenue for employment than agriculture, and increased construction activity tends to draw labour away from agriculture. This faulty perception of the status of agriculture will also have to be addressed.

We’ve presented the above as a preliminary discussion on the level of investment that our country can probably absorb in any given year. If we place the necessary emphasis on agriculture, then for construction, that level of investment is about EC$200m annually. Invest much more than that and the investment flows straight back out to its original source, leaving us with little benefit. If also we place too much emphasis on construction, then we starve the agricultural sector of labor.

More importantly though, when persons speak of stimulating the economy, they generally first think of construction as the vehicle for achieving that end. If the Jamaican data is anything to go by however, then investment in agriculture may be an even better option, as in addition to generating employment, Jamaica managed to cut its food importation bill by US$44m over the period 2013- 2014.