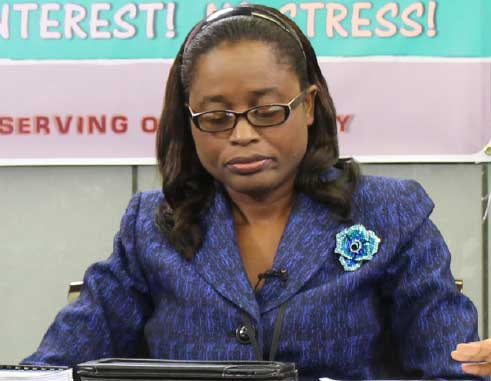 A TAX amnesty is now in effect in St. Lucia having started from the first of this month and expected to end on February 2018.

The amnesty is for everyone and involves the 13 tax types under the control of the Inland Revenue Department, including the Value Added Tax, personal income tax, corporation tax, withholding tax, etc.

However, the amnesty covers only penalty and interest charges from 1996 up to income year 2015 for both annual and monthly taxes.

For property taxes, the amnesty will cover any amount outstanding up to income year 2014. This is the first time an amnesty has been given to property taxpayers who are in arrears from 2002 – 2014.

Sophia Henry, Comptroller of Inland Revenue, yesterday explained that the earlier a taxpayer settles his/her account the more favourable the amnesty will be in his/her favour.

Henry added that on amounts owed prior to 1996, the full amount will be waived, which includes the tax itself, penalties and interest.

“The earlier you come in to pay your taxes, the more lucrative it is for you the taxpayer,” Marcia Vite’, Deputy Comptroller said.

Henry explained that one objective behind the amnesty is to bring taxpayers up to date, give them a clean slate. However, she noted that the amnesty is also part of reforms ongoing at the Inland Revenue Department.

“We are reviewing the processes, the procedures at the Inland Revenue Department and part of that reform is to bring taxpayers up to date, improve on the level of compliance and to do so you have to deal with whatever is outstanding,” Henry said.

“This is an opportunity for taxpayers to regularize their tax position, and moving forward remain compliant. We want taxpayers to remain current with their taxes,” she added.

Henry, Vite’, Delores St. Catherine (Assistant Comptroller) and Lesley Ann Modeste of Taxpayer Services all reminded reporters at a press conference yesterday of the department’s responsibility to assist taxpayers in complying, noting that “where there is non-compliance we will have to enforce collection action.”

Some of the collection actions outlined by the four include deductions from taxpayers’ salaries, garnishing of bank accounts owned by taxpayers, putting liens on properties or even garnishing properties, all to retrieve monies owed to the Inland Revenue Department.

It is unclear how much money the department will be sacrificing with this amnesty. However, it is hoped that it will gather a sizeable sum to reduce on the almost $300 million it has outstanding in penalties and interest up to September of this year.