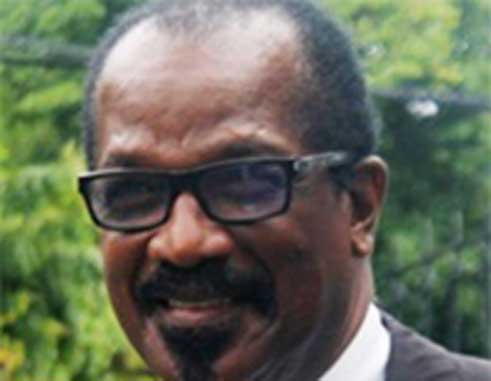 ON the 28 November, 1997 the PAROLE ACT (No.12/1997) became the law of the land. Its birth and seeming demise coincided with that date for up to the time of the writing of this article this piece of legislation has never been operationalised.

As a Bill, the Parole Act ,and at second reading, had been debated in the House of Assembly and subsequently was scrutinised and debated in the Senate. And so the question that comes to the fore, is why having been enshrined in our jurisprudence this Act was allowed to languish on a comatose state which in our opinion is a kind of legislative death.?

Considering the temper of the times and the exigencies of our criminal justice situation and the burgeoning population at the Bordelais Correctional Centre, why hasn’t the Parole Act been considered?

In very recent times five inmates of that institution had their period of incarceration terminated before the normal expiration of their judicially imposed temporal constraint.

They had not fully served their years of imprisonment, but they were released through the instrumentality of the Committee on Prerogative of Mercy.

The power and authority that devolve upon the Governor General are informed by the Committee on Perogative of Mercy which is composed of and at most six members. These are in part a Minister of Government, the Attorney General and The Chief Medical Officer.

And so as regards the five inmates who were recently released from prison, Section 74(d) was actuated. Regrettably the terms of imprisonment and nature of the offences committed were not disclosed in relation to each inmate. That information in our opinion should have been promulgated so that we the public and from our vantage point, would have been better positioned to assess the process and the correctness or rectitude of the decision. As we see it transparency in the exercise of governmental power and authority, on whatever the level, is a sine qua non for effective democratic governance.

From the paucity of information received what we have gleaned is that the five inmates were released because (1) they were considered to have been rehabilitated, (2) they no longer posed a threat to the society and (3) their length of incarcerated time was deemed sufficient considering their individual circumstance.

At this time Bordelais with over 500 inmates is alarmingly over-crowded. And 500 minus five does not in any way resolve that problem. The resolution of this problem has never been the focus of the Mercy Committee. In 1999 ten persons contextually speaking were released; in 2003 one; in 2005 three; in 2006 one; in 2015 one; and in 2016 five. And so between 1999 and 2016, twenty one inmates were pardoned. Of couse the over-crowding problem at Bordelais has not been addressed. But then the Prerogative of Mercy served its purpose.

Over-crowding militates against the aims and objectives of this institution in many ways. It creates a security problem, it subverts the various modalities of rehabilitation and prostitutes the human rights of the imprisoned population; not only in terms of their sequestered environment but also in terms of their anticipated and successful reintegration into the society. What then is needed is a modus operandi and vivendi that is predicated upon the enlightened constraints of legislative fiat; and in this regard the Parole Act comes to the fore. In St. Lucia we do have a Parole Act that urgently needs to be operationalised. It is at this time dead, dying or comatose.

At this juncture it is quite germane to pose the question, what is parole? Section 2 of the Parole Act provides the answer. It states:

“parole means the authority granted to release a
prisoner under the Act from prison in which he is
serving a sentence and under supervision of a
Parole Officer be permitted to spend the remainder
of that sentence out of prison.”

Falling under the rubric of this Act are two administrative structures: the Parole Board and the Parole Committee. The primary function of the Board “is to receive and consider applicants for parole and to grant or reject such application.”

The function of the Committee is to make recommendations to the Board for consideration as a result of any investigation carried out by it.

What is important to note is that the entire (or almost) prison population is eligible for parole once certain criteria have been met, after their case has been investigated by the Mercy Committee. We are of the opinion and belief that one third of the prison population can be placed on parole at any one time. Once inmates realise that parole is an aspect of prison life there will be greater conformity to the rules, the regulations, the aims and objectives of this cloistered environment.

Rehabilitation will be real and ubiquitous; and prison life in some meaningful measure will be more fulfilling, less frustrating and safer.

Parole does not stop at the exit portal of the prison, It continues into the community and engages the ministries of government, civil society and the society generally. Certain structures need to be put into place to effectuate the salubrious objective of parole; and linkages must be established to facilitate the life and living of the paroled inmate in his or her community. First there must be a cadre of Parole Officers to supervise the inmate while he is on parole. One or two half-way houses must be established to provide temporary housing for the inmate who, on being paroled has no readily available place of abode. From the Parole Office linkages must be established with the commercial houses so that job opportunities can be made available to the parolee. Generally, the society needs to be educated as to the raison d’etre and rationale for a parole programme. Each sector of the society has its role to play in preventing the parolee from becoming a recidivist statistic.

As we see it the PAROLE ACT No.12/1977 needs to be revised and operationalised. At the Second Reading in the House of Assembly it was debated and on its merits (we hope). There lies its functional justification and the need for its existence.

One third 500, that is 166, that is a significant number. Therein lies a solution to the over-crowding at Bordelais; a solution that embraces the rehabilitation thrust of this institution. Without a functioning Parole Act in an environment peculiar to its societal exigencies the incidence of crime will never meaningfully be reduced. Its omission in our day to day rehabilitation exertions since 1977 has been egregious and deserving of our condemnation, obloquy and expostulation.

And so as we conclude our criminological ruminations it must pellucidly be postulated that the triad of national security consists of the Police, the Prison and the Society. There will always be criminal activity; and though the primary way to reduce crime is to focus on the POLICE, a fully operational PAROLE programme will go a long way in making BORDELAIS a more viable, functional and effective institution.

LAWS DO NOT STOP OR PREVENT CRIME.