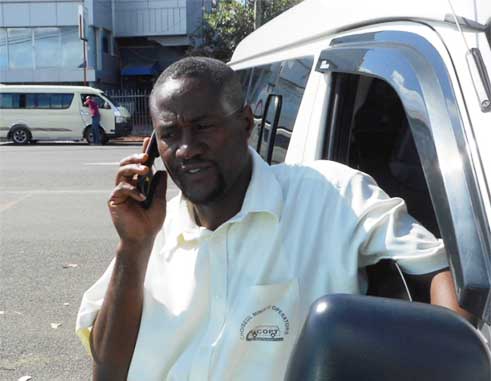 THERE is an overwhelming support for the construction of a hotel at Sabwisha, Choiseul, but some residents say they have some concerns.

They vented their concerns last week at a meeting with the developers, G.P Group Ltd. held at the Delcer Primary School. Also present at the meeting were a representative of Invest St. Lucia, Minister in the Ministry of Finance Bradley Felix, who is also the district representative of the area, and Chief Engineer Albert Jn. Baptiste.

The announcement of the construction of the hotel, which will consist of 120 rooms and 40 luxury villas, was made last year by former Minister of Tourism Lorne Theophilus. The project is expected to commence next year.

The main concern of the residents, even those who support the project, is the intention of the developers to block a road which connects various communities in the area to make way for the construction of the hotel.

However, the developers intend to reduce the perils of travelling along the narrow, winding and crater-riddled roads in the community by rehabilitating them.

In a document provided to residents at the meeting, the developers said the existing roads in the community will be developed in a way that will provide traffic safety and comfort, and in addition reduce the maintenance cost of the roads.

The document also explained how the developers will go about restoring the roads, which they observed have numerous cracks and potholes in addition to poor drainage and lack of safety fencing, among other defects.

According to the document, the contractor will prepare a health and safety plan covering all aspects of the work and ensure safety procedures are enforced.

“The Health and Safety Plan will be coordinated with other contractors working on the site, along with other relevant authorities. It will be submitted to the engineer within four weeks of the award of the contract, and will be regularly reviewed and updated,” the document added.

Commenting on the issue, which has become a talking point in the community, President of the Choiseul Minibus Association, Alexis Louisy, told The VOICE, he supports the construction of a hotel in Choiseul, but does not want the road which connects several communities in the area blocked because it will create much inconvenience for residents.

“When the road is blocked minibus drivers will have to drive a few extra miles to get to certain areas. This is nonsense. I do not support that…,”Louisy said.

He added that fishermen who live in nearby communities will also be seriously affected because they will have to find an alternative route to get to Choiseul village very early in the morning.

“The developers need to sit down with residents of Choiseul to discuss the matter further. The developers found the road there…,” Louisy said.

Peter Phillip, another resident of the area, said: “I support the project fully because it will provide jobs for residents of Choiseul,’

He, however, declined to comment on his position with regard to the blocking of the road to facilitate the construction of the project.

The developers are expected to have another meeting with residents before work on the project commences.