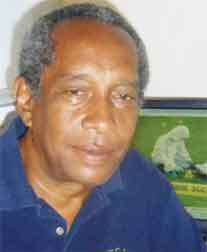 IN my writings on what I term ‘matters forensic’ I usually incorporate a local slant so as to provide greater interest for readers. Much of my inspiration, I once wrote, comes from one of my crime scene management lecturers, forensic anthropologist Dr. Albert Harper who basically indicated that a true professional should never remain silent in the face of wrong.

Last year in communication with a journalist he lamented about the serious lack of information surrounding the closure of our forensic laboratory and how everything seemed shrouded in secrecy. So true but that should not be since it is a state facility funded by tax payers who have a right to know about many things including functional status, barring case work specifics and sensitive information. I addressed that aspect previously. Recently whilst chatting with a friend who inquired about the laboratory he was amazed at what came up in our chat. I realize that investigative law enforcement and concerned sections of the public are impatient and calling for action and rightly so but are largely unaware of the dire situation and predicament the government is in. In a previous article I described that situation as a tension between emotions and reality. But I too have come to recognize when help is needed even if in laying the cards on the table.

I had previously detailed and so will not repeat how functionality of our forensic laboratory established in 2010 had suddenly plummeted from an initial 85% in both 2010 and 2011 to 28% in 2012. When I highlighted the laboratory’s plight in 2013 the sole official response came from then Minister of National Security with responsibility for it, in the form of an immediate denial and indication that all was by and large well, even as he added that like any other government department the laboratory could have used one or two additional members of staff. One or two? Unbelievable! But that nonchalant comparison only exposed his non-appreciation of the type of human resource make up necessary to man such a specialist facility.

By 2014 functionality of the laboratory dropped further to 14% with the collapse of its DNA unit. In 2015 the only remaining service of drug testing came to an abrupt halt forcing an entire shutdown and fueling the worst of still unconfirmed rumours. This brings up the aspect of laboratory case work backlogs which must be a significant amount. Also, questions now are at what point are the actual cases in the court system? Will forensic examinations still be required for them? Will a decision be taken to abort testing of some or all of the backlog work? In such situations it may well be that a group of examiners be hired/appointed to specifically deal with all such work. But hopefully exhibit storage will be properly conducted as the last time our forensic service collapsed in 2005, unfortunately a number of stored sexual assault biological exhibits collected between late 2005 and 2006 through improper collection and or storage conditions became grossly contaminated, unfit for testing and had to be disposed of. As I write a St. Lucia News Online release of 18 September, quotes Margaret Pratt as expressing fears of a collapse of her husband’s murder case due to contaminated biological exhibits, consequently ruling out any potentially important DNA evidence from the trial. 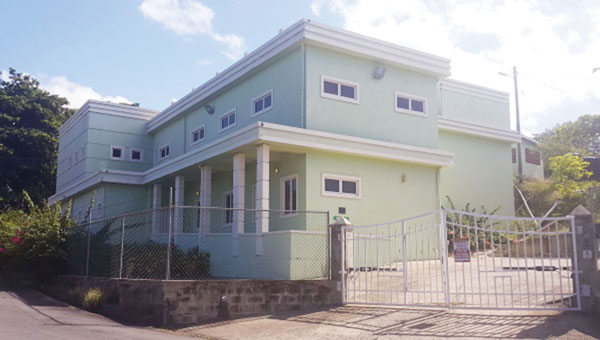 There should be much concern that having funded a near nine million dollars (EC) state of the art facility and its continued operational costs, tax payers, investigative law enforcement and the justice system progressively received less and less and finally no returns for high expectations and money spent. But worse is even with the closure staff salaries and particularly high electricity costs are still being incurred. Further, we must add the exorbitant costs to finance overseas forensic testing as in the rape cases dispatched late last year. Even now we hear or read of a number of drug interdiction matters, some involving court charges. So where is drug testing being conducted?

Now and not surprising but maybe unbelievable to many is that and according to the Prime Minister, tax payers will again be called upon to finance between $300,000 to $400,000 (EC) restoration works to what is a relatively still new but already visibly neglected and deteriorated building. So the question is whether or not such a modern day structure had provision or extra provision to safeguard against effects from earth movements? Remember previously there was significant unexplained land slippage in that same Tapion area which severely damaged some houses and which questions the suitability of that site for the laboratory. Interestingly its design even calls for an additional floor. However all of that is for the engineers.

Our laboratory houses some of the finest state of the art forensic instrumentation to be found in any of the best laboratories worldwide. Unfortunately some have never been used after being commissioned in 2010 and others have not been in use since the collapse of major services in 2012. The remaining lot would have become dormant with the laboratory’s closure around June 2015. This extended history of both non-use and underutilization is bad news for such sensitive equipment, left to virtual abandonment, especially those with polymer components and or moving parts. Even worse and my greater concern is the many sophisticated and sensitive even research microscopes with their lenses, optics, ancillary lighting and photographic apparatus additionally prone to effects from normal in house environmental contaminants, all of which can seriously damage their optical performance. With great pains they will have to be serviced and maybe recalibrated, a task not to be enjoyed. My information is some equipment received in 2015 still remains boxed at the facility. Such prolonged non-use and absence of maintenance and or servicing will prove costly later on.

Next week. So really how did we get to that state of affairs?