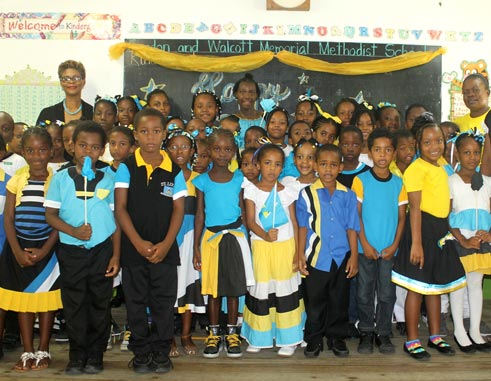 Sponsored | Article continues below
Share this post:
DON’T expect to see French sailors taking part in our independence day parade on Monday as has been the case for so many years.

THE VOICE understands that the French are boycotting the parade, presumably at the request of the European Union as part of sanctions on the island for its tardiness in resolving the implementation of recommendations of the IMPACS report on alleged extra judicial killings in the Royal Saint Lucia Police Force.

Yesterday, a French Embassy source confirmed that the French would not be part of the independence celebrations this year, but declined to comment on the reason. However, The VOICE understands that the European Union is bringing pressure to bear on the French to take some form of punitive action against St Lucia over the IMPACS.

Another source claimed that the United States could also be involved in pressuring the French who have been supplying training and other forms of assistance to the Police Force following the decision by the United States to stop such assistance in the wake of the IMPACS report, and allegations that local policemen had unlawfully killed a number of persons during an anti crime drive, Operation Restore Confidence, earlier in the decade.

Last month, a EU delegation that included FrenchAmbassdador to Saint Lucia Eric la Moussaye held discussions with the Saint Lucia Government to register their concern over the government’s slow pace of action on the contents of the IMPACS report.

On that occasion, the St Luca government gave the EU team a time frame within which it hoped to address the EU concerns. The EU also has concerns about human rights in Saint Lucia as it relates to prisoners, including some Europeans, being held for years without trial.

Meanwhile, increased expressions of national pride and love for country will be some of the themes permeating this weekend as Saint Lucians prepare to observe the island’s 37th anniversary of Independence.

However, many schools have already taken the lead in that regard, hosting special activities ahead of Independence Day on Monday.

Yesterday, it was the turn of the students from the Gordon & Walcott Memorial Methodist School. The students spent most of the morning at an interactive general assembly where their teachers quizzed them on various aspects of Saint Lucia. Questions ranged from the name of the island’s former capital to some of the achievements the island has recorded since Independence.

While Independence Day has been chosen as a key moment to reflect, redirect and reshape, there have been questions raised about Saint Lucia being truly independent. Despite the many achievements the island has racked up, many people believe that the island is too far off from being self-sufficient albeit every nation across the globe is inter-dependent on each other.

So what does the island’s Independence really mean to Saint Lucians?

The VOICE tried to find out from Saint Lucians themselves yesterday by soliciting responses to the big question that often comes up around this time of year. The responses were few but nevertheless insightful.

“To me, Independence is a time of reflection and renewal,” Janeka Simon told The VOICE. “We look back at the journey we’ve walked for the past 37 years as a country, celebrate our achievement and look forward to the next chapter. We renew our community spirit, national pride, sense of self – our ‘Looshan-ness’. We revel in our shared identity and celebrate our beauty, creativity and brilliance.”

Another respondent, Jadia Jn. Pierre-Emmanuel, said the moment is one when themes of a journey, milestones and gratitude meet.

“Independence is a time to say thank you to the land that has given me an identity that is strong, bold, ambitious and unique,” Jn. Pierre-Emmanuel said. “It is a time to reflect on our journey and celebrate our people and achievements.”

For Tanya Coertzen, a South African residing in Saint Lucia for many years now, witnessing the outward expressions of love and pride for their country are qualities that stick out for her.

“Independence gives everybody a voice. I love to see how everybody wears the national colours and how storeowners decorate their businesses,” Coertzen said.

The prevailing theme for many Saint Lucians seems to be that despite the many challenges many Saint Lucians face daily, Independence serves to remind them that national development is totally dependent on each citizen playing his or her part. And that is what the organizers of this year’s Independence activities are hoping Saint Lucians will buy into as the island celebrates another milestone.