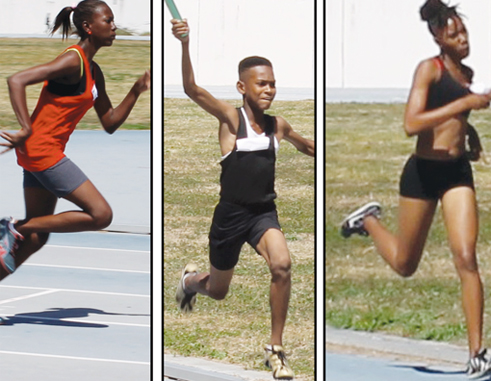 THERE was no stopping Clarke House at the annual Vieux Fort Comprehensive Secondary School Campus B Inter House Track and Field Championships held at the George Odlum Stadium on Thursday.

By the look of things the participating athletes representing the four houses gave it their all in their bid for places on the school’s team for this year’s Inter Secondary Schools Championships slated for March 16 – 20 at the Beausejour Cricket Ground.

Reflecting on the meet afterwards coordinator for the VFCSS Kenneth Antoine told THE VOICE: “It was the best championships we have had in recent times. Never have we seen the actual championships depending on the relay races. Normally after the lunch time break one would have determined who was going to win. Originally after the field events Walcott was up front, then we added the road race and it was Lewis. Clarke House was nowhere on the card and for the past 30 years Augier was always at the bottom of the table; but one needs to commend them this time around for a major improvement”.

Asked what sort of preparation the athletes had coming into the championships, Antoine replied: “That is a difficult question. We had two categories of students here today. You have students training with their respective clubs and those training on their own. The programme at the VFCSS is not what it ought to have been, but we are determined to correct that because we see the other schools catching up with us. Last year was no exception a the Inter Schools finals where we got an wake up call”.