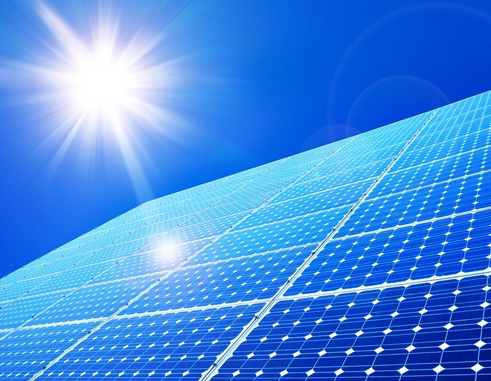 US commentators are predicting the death of Petro Caribe, the Venezuelan oil initiative in the Caribbean, and the ascendancy of United States as the dominant player in the region’s geopolitics.

Predictions of the death of Petro Caribe may be premature, and the US would have to do a lot of work to regain the confidence of Caribbean countries.

Certainly, the so-called “Energy Summit”, held on January 25th in Washington by US Vice President Joe Biden with the leaders of 14-Caribbean Community (CARICOM) countries and the Dominican Republic, did not result in a great deal of enthusiasm. Indeed, if anything, the atmosphere generated by the meeting was one of disappointment on the Caribbean side.

The greatest disappointment was that the US government offered no official financial resources to help Caribbean countries to develop renewable energy sources or to transform their energy-generating systems to use natural gas. Instead, Vice President Biden, in obvious references to Venezuela and Petro Caribe remarked about “governments dependent on a single, increasingly unreliable, external supplier” and “no country should be able to use natural resources as a tool of coercion against any other country”.

The many Caribbean countries that have been beneficiaries of Petro Caribe would contend that, however difficult it might now be for Venezuela to maintain the initiative in its present form, it was a vital life line for their economies throughout the global financial crisis which combined with cripplingly-high oil and gas prices. They might also argue that they were not coerced by Venezuela; they were thankful for the chance to defer payments, through loans, for petroleum products during a period of intense economic recession. Loans repayable over 23 years at 1% are better than gold.

Caribbean governments that have been beneficiaries of Petro Caribe are aware that, according to the IMF, Venezuela needs oil prices at about US$115 a barrel to keep its economy afloat, pay back its debt, maintain a social welfare programme, and sustain Petro Caribe. They are equally aware that the Venezuelan government puts the figure for supporting these activities much lower, claiming that “the current budget was estimated with the cost of a barrel of oil at US$60”. But, the reality is that last week Brent crude oil dropped to US$48 a barrel, and US crude fell to US$47 a barrel, and the Venezuelan government is acutely conscious that at US$40 a barrel and below, meeting all their obligations, including servicing their debts, is extremely difficult and can only be addressed by massive cuts in spending. At that point, Petro Caribe will be severely modified if not suspended. But, that point has not yet been reached.

There are currently as many views on how long the present lower price of oil will last as there are experts who are asked to venture an opinion. The only single certainty seems to be that, in the short-term, the price of oil will not return to figures of US$100 a barrel or more. However, the United States Energy Information Administration forecasts that West Texas Intermediate crude oil prices will average around US$55 per barrel in 2015 and US$ 71 per barrel in 2016. If those projections hold true then Venezuela and Petro Caribe will still be very much a part of the energy geopolitics of the Caribbean.

At the Washington meeting, Vice President Biden boasted correctly of “the ascendancy of the Americas as the epicentre of energy production in the world”. He said, “We have more oil and gas rigs running in the United States, than all the rest of the world combined. Mexico, Canada and the United States is the new epicenter of energy — not the Arabian Peninsula. It is the new epicenter of energy in the 21st century”.

Against this background of US prosperity in energy, the Caribbean would have had a reasonable expectation that the US administration would have been responsive to the needs of the majority of Caribbean countries that have been unable to transition to renewable energy because of a lack of capital, especially access to concessional funding. Caribbean countries, particularly smaller ones in the Eastern Caribbean, need grant and concessionary funding to catalyze investment in renewable energy and to mitigate the risks involved with the development of some of the technologies, such as geothermal.

However, Mr Biden told the Caribbean representatives: “You can now purchase gas on the open market from many countries, including your neighbour, Trinidad and Tobago right now. There’s also LNG exporters in the United States with licences to export to any of your countries, whether you have a free trade agreement or not. If you want gas, go talk to them”. In other words no official financing from the US government –the solution is to contract with US energy companies.

This position by the US raises doubts about the fortunes of a plan by the Trinidad and Tobago government to promote a US$1billion fund through the Inter-American Development Bank to address the region’s energy challenges. Without a commitment by the US to provide financing, this initiative could be still-born. Regional energy expert, Anthony Bryant points out that the government of Trinidad and Tobago “is not interested in replacing PetroCaribe but in being part of the solution to a weakening PetroCaribe.” Trinidad and Tobago itself is being rocked by falling oil and gas prices. The country’s Minister of Finance, Larry Howai, said last week that the government is using “more conservative assumptions of an average of US$45 per barrel of oil and US$2.25 per mmbtu for gas to adjust our national budget”. He accepted that the adjustment “may not be enough and we need to be prepared to recalibrate our fiscal position as time goes by, based on the evolving fiscal situation”.

Given this background, the Caribbean is therefore at an interesting juncture in energy terms. The countries of the region can take advantage of the present low cost oil and gas to diversify their energy sources, improve their energy security, reduce costs and make their economies more competitive in tourism and manufacturing. To do so will require governments acting in concert and cohesion – not with beggar-thy-neighbour policies.

Improved regulation, protection of investment, transparency in awarding contracts are all important to diversifying the sources of energy in the Caribbean, but access to affordable financing is crucial. However, Caribbean countries have a much better chance of raising such capital for pan-Caribbean energy projects rather than individual national projects. All governments and energy companies should collectively go to the capital markets; they should share the risk of borrowing for viable projects and benefit from the profits that could be generated. By doing so, they could also end over-reliance on all external governments in the energy sector.