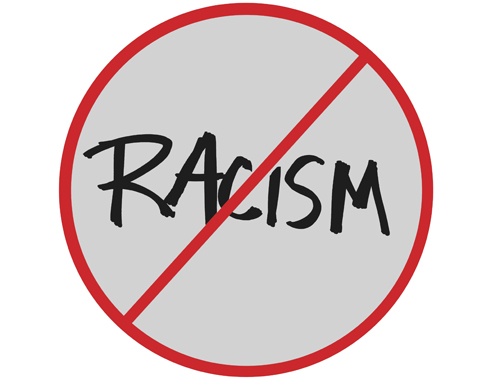 RACISM, according to “Dictionary.com” is defined as “the belief that some races are inherently superior (physically, intellectually or culturally) to others and therefore have a right to dominate them”.

To date, this scourge is a dirty stain on civilisation which has remained strong for centuries and shows signs that it is here to stay no matter how many die or cry out for equality and diversity.

Racism has become so embedded in our daily lives that many have learnt to just sit back and accept it as something that will never change. What’s scarier is that some of us have accepted it without even knowing that.

TV land lovers will know exactly what I speak of when I say that January is awards month. Award month is just one example of how racism is blatantly in our faces yet like sheep we all flock to the old box to see the latest trends and cheer for the movies we loved in the previous year with hopes that the good people who created such masterpieces that we spent our money at the box offices on, or the ones we took our time to download and stream, will win that golden little man to certify a job well done. We want to see that we made a good choice in watching those films and television shows and claim some sort of mental credit for contributing to such awards.

However, how many people have noticed that over the years, individuals with ethnic backgrounds have repeatedly failed to be recognised with the exception of a few who only won because they portrayed black people in the light that the “superiors” see them in anyway…as slaves, degenerates or simply, the “bad guy”

How many people noticed that this year, there is not one black nominee even for epic films like “Selma” which depicts the civil rights movements and the struggles faced by black hero Dr. Martin Luther King Jr?

The same game is played with the Grammys.

Yet I know…you’ll be watching and cheering.

On Sunday night, all eyes were on the 63rd Annual Miss Universe Contest, the contest which sees beautiful young ladies from all over the globe compete to be crowned Miss Universe.

St. Lucians stood proudly behind local beauty Roxanne Didier-Nicholas who represented 758 to the fullest on the big stage.

I must say, I was extremely proud of our girl but in all honesty, my hopes for her winning the coveted crown were like a poor child waiting for Santa Claus to shimmy down through a non-existent chimney to deliver a box containing one million dollars and a unicorn. Roxy’s biggest flaw? Her skin colour was too dark…in my opinion, of course.

My hopes started to rise once again for Miss Jamaica but I fell back into reality with a hard thud when she placed fifth and I wasn’t at all surprised.

Now whilst I know that the title has been won by different races, it’s the same notion to suggest that even strays receive treats every now and then.

Racism is so powerful that even blacks hate blacks…imagine that.

Commonly known as the “Black Crab Syndrome” there are black people who hate seeing other black people succeed and will stop at nothing to bring each other down and at the same time get caught in a nasty cycle.

With that being said, it is very well known that blacks and other ethnicities practise racism as well.

For some, the idea of racial integration is insulting, treacherous and is likened to going back to the time of “house slaves”.

Even here is tiny St. Lucia, I have heard on so many occasions, Caucasian visitors being called “Honky” or “Mike and Michelle” and if you are Korean, Japanese or of any other Asian heritage…forget about being correctly labelled, in St. Lucia, you are Chinese.

Just a couple of weeks ago, I wrote a report about an Asian woman who came into contact with a minibus and the response that was generated from the growing crowd. The VICTIM was instantly villified simply because she was Asian…it was a sad and embarrassing sight.

It saddens me when I see black people in particular partake in racism. Our kind has suffered through it for centuries so we know what it’s like. When we ignore the high road by being the bigger race and pushing forward in unity, we choose the low one and fight and the more we fight the more the battle becomes a losing one as the world continues to view us as aggressive savages who should hop onto our boats and head back to the jungle…we are feeding their hatred, fear and ignorance.

I am in no way asking people to forget their history. I for one am proud of my heritage and stand tall when teaching the younger generations about what we went through as a people BUT I choose to use that history to carve a brighter future for myself rather than sit and wallow in self-pity. Those who ignore their history are doomed to repeat the mistakes of their ancestors so use your history people, use it to carve out the better future that we all deserve to live in without this pointless hatred holding us back.