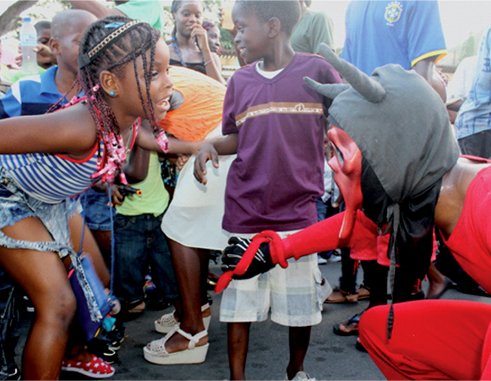 AFTER experimenting with at least four other venues over the past three decades, the traditional New Year’s fair, Assou Square, returned to its original venue in the city. When the event was last hosted at Columbus Square (which was later renamed after famed Saint Lucian poet, Derek Walcott, in the early 1990s), the scale of the event was modest in comparison to what it is today.

Last Thursday and Friday proved just how much change the event has undergone since leaving and finally returning to its original stomping grounds. For many people, this year’s Asou Square was the usual fun event it has come to be known for. For others, however, it was a nostalgic experience that caused them to pause and reflect on the good old days of the event.

The VOICE captured some of the highlights from this year’s Assou Square. We hope you enjoy them.