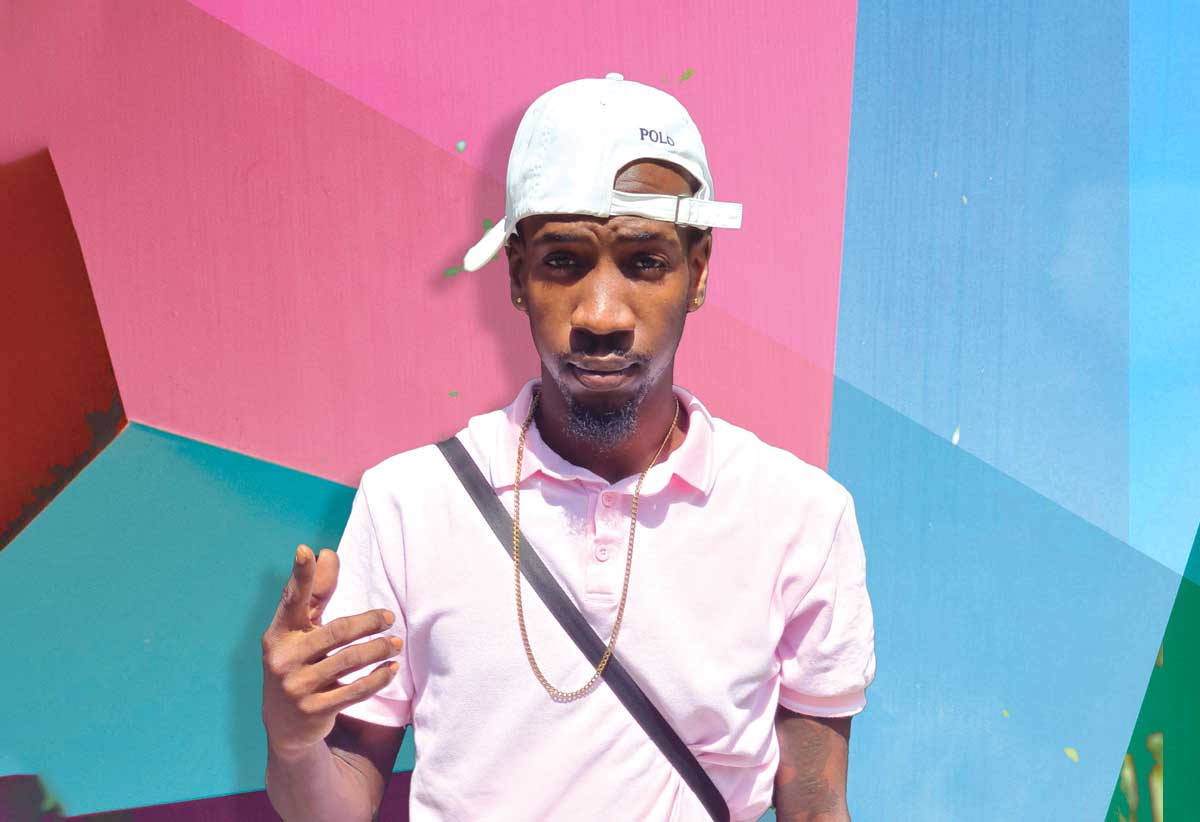 If we were to tell you that this young man can have your entire house or building complex wired up and certified, would you believe us? The island has produced a rich cadre of comedians over the years with names like George “Fish” Alphonse, Kennedy “Boots” Samuel, Coaks, A.J., Keidel Sonny and yes, even the funny man in your community making us laugh and during that time, forgetting whatever troubles that were on our mind. A great and affordable therapeutic strategy that Shaq believes can unify the world. Let’s learn a little bit more about him.

Tell us a little bit about yourself. Who is Shaq, where is he from?

I am originally from Canaries, currently I still reside there. Shaq I can say is an open-minded person who is outgoing but may seem shy at first if you were to meet me in person. I’m not the loud type to be shouting or making jokes every and anywhere because sometimes you do have to be careful who you give jokes with as some people may not receive them as well as others.

Growing up what type of person were you? The introvert or the outgoing individual that everyone knew about?

I have always had an outgoing personality, always the type to be loud in class when teachers were not present or when I’m with friends. I got a little more reserved over the years, because you can’t be loud forever it’s not always a good sight to everyone.

When did you decide to make comedy a permanent fixture in your life?

I made that decision after leaving Sir Arthur Lewis Community College; not right after, though because I had been in and out of it especially with having to deal with doing electrical installation on my own sometimes so I had little time to produce. I also lived in the village so having to record became a challenge when everyone was literally standing there watching. Whenever I had to record outside and having to get them to go quiet all the time was hard.

Before you started uploading your content, were you worried about how the public would receive you? How did you get over that uncertainty?

I was never worried about what anyone thought of me. Before ever posting I knew lots of people knew the type of person I was so I had no fear in me to put on wigs and women’s clothing at times. I had to deal with negative comments when I first started but now I barely ever get one negative comment because people seem to understand the craft alot better now.

How has making comedic content impacted your life and the lives of others around you?

We have seen you parody almost everything. For example, the sashing ceremony. Are you ever worried about offending people with your skits?

I do worry sometimes but I try my best to create content that even the person that I’m imitating sometimes could have a laugh. I do not feel that my comedy is offensive in anyway, although, if I can be honest I do make jokes of serious situations but then it’s all to help it get off our minds. You know when things are rough but you’re having an awesome time laughing away you sort of forget your problems for sometime? Well yeaph, I don’t know if it’s actually working, but I try.

What are your goals for the next five years?

My goals for the next five years would be to have tried stand up comedy by then and also visit countries where it is popular and show case some of my talent there. Also having to accolade of one the most well-known content creators for my unique style of comedy.

What advice would you give to an aspiring content creator for social media?

Do what you have to, if you talk to people about it before doing so they might try to ruin your plans so just do what you have to. Eventually, the people who saw it as a crazy idea will now join in on the fun.

One fun question. If you could learn one new skill instantly, what would it be?

I would say flying a plane, it has been one thing I always wanted to do growing up.