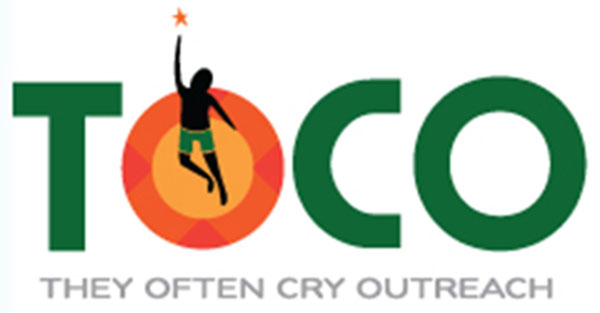 New York, April 20, 2020; The TOCO Foundation of Saint Lucia’s Goodwill and Brand Ambassador Taj Weekes is rallying the community of Saint Lucian artists and performers in the North American and United Kingdom diaspora to stage an online fund-raising event on Sunday 25 April with students at home and abroad as the primary beneficiaries. The proceeds are earmarked for assistance to the Saint Lucian students who are currently stranded outside of their home country, as well as for primary and secondary school students in Saint Lucia.

As countries all over the world grapple with containing the spread of COVID-19, immediate priorities are focused on crisis management in the areas of public health and state programs to mitigate the economic depression and social dislocation resulting from the pandemic. One group that has gone largely unnoticed and unaddressed is the students who are studying overseas and have now found themselves stranded, uncertain as to their immediate future – and unable to return home.

According to TOCO chairman Taj Weekes, since the temporary closure of borders, appeals to the Foundation from students attending tertiary institutions in the US and Canada has been non-stop. “Many have exhausted their financial resources and are facing challenging circumstances, with the prospect of an early return home quite uncertain” Mr. Weekes said, adding that “just as concerning, is the situation with children back home, who do not have the tools to deal with the reality of education which will now have to be provided remotely”.

TOCO is also seeking to create a grant support mechanism to assist eligible families in Saint Lucia where heads of households have been laid off due to the closure of hotels and diminished business operations. “If we can give just cut one small cheque to keep food on the table for a month for one family, it will make a difference. So, everyone is invited to join in and pledge any amount. Every cent counts.”

TOCO has been liaising regularly with the Embassy of Saint Lucia in Washington on Embassy and Consulate efforts, as well as those of Diaspora associations.  Confirmed for the TOCO Telethon, are number of performing artistes of Saint Lucian descent in the US, Canada and the United Kingdom.

The live-streamed fund-raising event will consist of performances, relevant instructional DIY tips and demonstrations and pledges.

TOCO is a registered 501(c)(3), U.S. based, not-for profit organization with a mission to raise awareness and address the issues that affect Caribbean youth through advocacy and social support. Our broad focus also includes the environment/ climate change, Sustainable Agriculture, Diabetes and gender.

Taj is an unwavering, energetic humanitarian whose dedication extends beyond his song lyrics into his social activism, an activism that has culminated in his official role with the United Nations as “UNICEF Champion for Children” (2013) and his children’s charity, They Often Cry Outreach (TOCO).

Taj Weekes’ humanitarian work has been a staple of his celebrity, using every opportunity to serve and speak on behalf of the children of the Caribbean.  He personally travels and distributes donated items to the islands, lectures to high school and college students on topics ranging from volunteerism to acceptance and tolerance, and donates his own money to ensure that TOCO can fulfill its missions. His efforts are at the core of TOCO’s success and in recognition for his work, Weekes was named a Goodwill Ambassador by the International Consortium of Caribbean Professionals in 2007 and by a division of the United Nations.  In 2012, he received a humanitarian award from the Saint Lucian government for his work through TOCO and in 2020, he was named a Goodwill and Brand Ambassador for his native Saint Lucia.