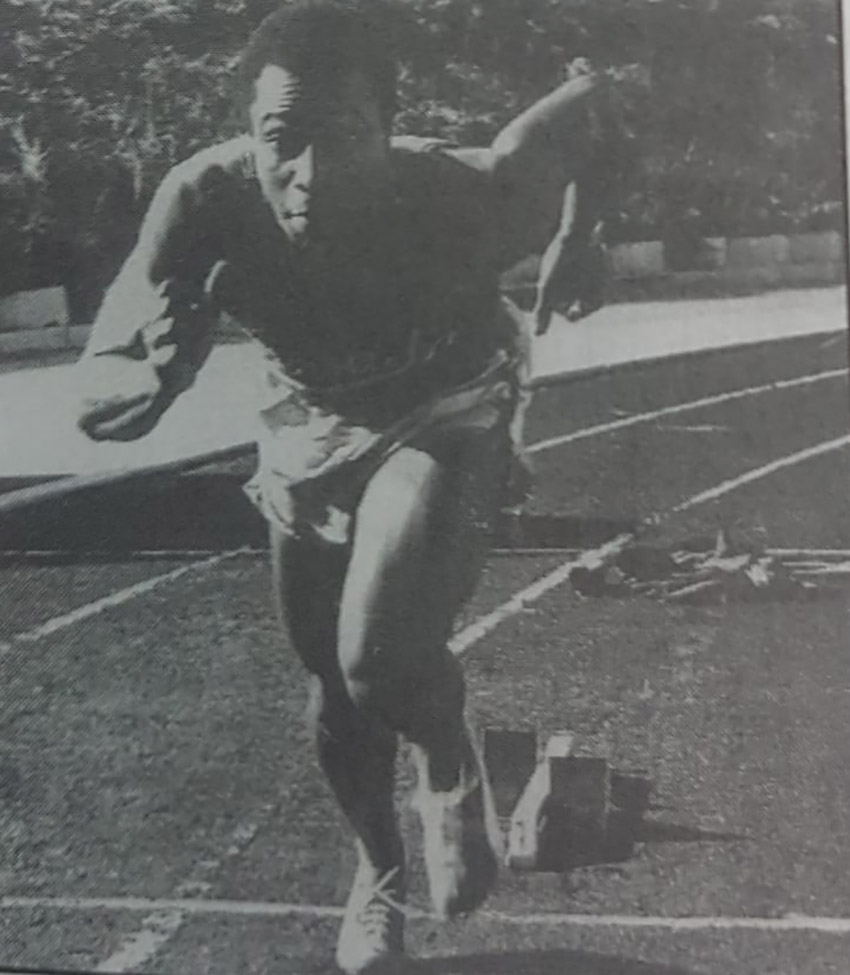 In the midst of the global COVID-19 crisis Saint Lucia has lost one of its sons, Carlyle Martial. Known for his track and field prowess in the 1960s, Carlyle succumbed to the dreaded virus on Monday 6th April in a New York City Hospital at the age of 75 years old.

In his Book, “Outstanding Sports Personalities of Saint Lucia”, former national cricketer and footballer, Rupert Branford who also ran alongside Carlyle in his heyday speaks highly of his longtime friend.

“Carlyle established himself as the leader of the pack when he clocked 9.9 against stiff competition in 1966 and never looked back”.

Branford said, “ Carlyle engraved his name among the galaxy of sprinters who graced the athletics fields of Saint Lucia. It is debatable whether he was the fastest sprinter to be produced by Saint Lucia”.

“Darnley Alexander held the 100 yards record for a number of years, at 10 seconds. This time was matched by Bornwell St Rose and later by Desmond George in 1960”.

According to Branford, It was Martial who is on record as being the first Saint Lucian to run the 100 yards dash in under 10.00 seconds – a record which still stands as the best time for that distance locally.

“Martial also went on to better this time on a vastly more amenable track in the USA, peaking with 9.5 seconds at the West Coast Athletic Conference”.

Bradford stated, “Carlyle came from a notable sporting family. His father, Julian Martial was an outstanding all round sportsman representing Saint Lucia in cricket and football. His brother Darnell, also a sprinter, notched some notable achievements, including being involved with his brother in a record 4×100 yards relay in a time of 44.70 seconds at the Statehood Games in 1967. The other members of the team were Emsco Remy and Rupert Branford”.

He continued: His cousin Delbert Martial has been rated as one of the most outstanding athletes to come from Saint Lucia and he followed in the footsteps of another cousin, Desmond George, who held the 100 yards record for a number of years”.

“They all grew up within yards of each other in the Brazil and Coral Street areas. Their stamping grounds were sidewalks and the playing spaces at the R.C. Boys’ School and later on, they were exposed to the broader playgrounds of St Mary’s College and Vigie Playing Field, now Sab Sporting Facility (SSF),” noted Branford.

In the words of Branford, “There was talent in the genes from both sides of the family and Carlyle was exposed very early to the local big time on the track. Unusual for a Samarian (College Boy), he specialised mainly in track”.

“In the early and mid-60s, track and field championships was particularly popular among sports fans. Headed by SMC, most clubs on the island organized regular sports meets, especially between March – June and the names of top performers were on everyone lips”.

Education wise – “He was able to obtain a track scholarship to Taft Junior College in California in 1967 where he excelled both academically and on the track. He graduated in 1969 with an Associated Degree in Applied Science. That same year, Carlyle lowered his best time in the 100 yards dash to a Conference Record of 9.7 seconds”.

In 1970, Carlyle entered the University of Nevada on another athletic scholarship, undergoing the rigors of having to study and train hard at the same time.

In his own words – Carlyle said, “College life was not easy, even while I was offered the best package available; I had to perform academically to keep my scholarship. The hardest part was studying at nights after a tough track workout and getting up early in the morning for classes”.

Branford said, “His stint at Nevada was not without problems as he (Martial) was caught up in the turmoil of Black struggles of the 70s. On the eve of one of the biggest Conference track championships, the black students on the track squad barricaded his room so that he would not take part in the championship”.

“The athletes were protesting the unfair distribution of funds to students by the University Economic Opportunity Fund (UEOF) office. Though he was sympathetic to their cause, Martial still felt committed to the University for giving him a scholarship. He eventually convinced the protesters to lift their ban and take part in the championship”.

The results – “That afternoon, his team mates and supporters were in uproar as he smashed the conference record in the 100 yards sprint, lowering his time to 9.60 seconds”.

Still in 1970, he went to record his best ever, when he crossed the finish line in 9.50 seconds, a result that still stands at the University of Nevada and the West Coast Athletic Conference.

Branford said, “The 9.50 seconds is his lifetime best distance”.

“Carlyle’s prowess on the track and his negotiating skills in uniting black athletes on campus led to several speaking engagements.  He was often called upon to deliver motivational speeches to students at Junior and Senior High schools. He usually addressed racial problems facing West Indians and foreign students in an American educational institution”.

According to Branford, “The lack of effective administration in Saint Lucia and our failure at that time to forge international links in athletics kept Carlyle from attaining international status as a sprinter”.

“At the peak of his track career, he was recommended by his coach, Jack Cook, to represent Saint Lucia at the Olympics Games in Montreal, Canada in 1976. Even while the government was in agreement with the recommendation, Saint Lucia’s inability to gain acceptance to the International Olympic Committee (IOC) at that time, made it impossible for him to participate”.

How unfortunate – “Martial was also selected to represent Saint Lucia at the Commonwealth Games in Scotland, but this time it was the lack of funding from Saint Lucia which prevented him from attending. However, he continued in his effort to set the ground work for emerging Saint Lucian athletes and was instrumental in getting athletic scholarships for two young sportsmen, Hilary Spencer and Terrance Imbert”.

“Before leaving to study in California in the mid-60s, he was greatly involved in the promotion of Track and Field in Saint Lucia. Carlyle was one of the foremost organizers of the Paragon Games in 1966 – 67; the two day inter – island and inter – territorial championships which pitted the best athletes in the Caribbean against each other. The championships were so successful that he and his colleagues were requested by Government to organize the Statehood championship, as part of the country’s attainment of partial independence,” noted Branford.

The Management/Staff of the VOICE Publishing Company extend sincerest condolences to the Martial family.