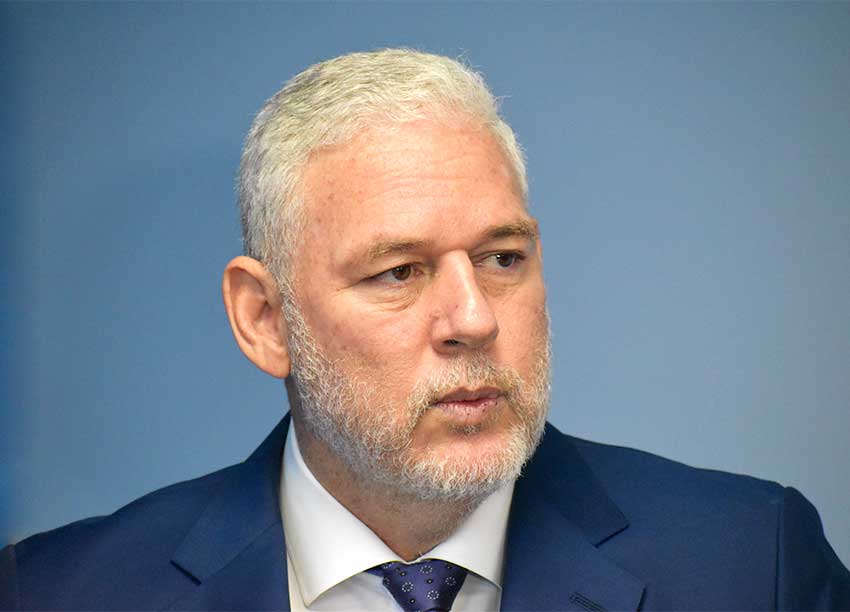 NO one who follows politics in St Lucia can doubt the extent to which Prime Minister Allen Chastanet has matured as a politician, especially since he became Prime Minister three and a half years ago.

Chastanet has quickly put to rest all the wild claims and allegations that were cooked up by the St Lucia Labour Party ever since his arrival on the political scene. They questioned his educational background and intellect, his integrity, his ability, even his “St Lucianness” and suitability to become Prime Minister.

What made Labour’s claims even more ridiculous, is the fact that we had them for comparison, a three-term Prime Minister in Kenny Anthony whose stewardship in my opinion brought our country down to the lowest levels of economic and social development, with three (or was it four) successive years of decline and not a clue about what to do to turn the country around.

This is the same Prime Minister, mind you, who was given two successive two-thirds majorities in 1997 and 2001, after also being given the leadership of the political party on a platter. If we accepted the narrative that Labour was peddling back in those days, that the United Workers Party had so badly managed St Lucia, one expected that with such massive popular support at their disposal Anthony and his band would have understood what St Lucians expected of them and to act on their behalf.

Let us understand this clearly: that a two thirds majority given to any political party is normally interpreted to mean public displeasure and discontent with the social and economic status quo and the party in power, and is a direct order or mandate from voters to proceed to take whatever measures are deemed necessary to change things around.

But Labour’s performance was so dismal that they not only failed to seize the opportunity to do so, but in 2016 they added insult to injury by selling us the argument that they should be given another term and that going the route of Chastanet and the UWP would be catastrophic, because of all the wild claims mentioned earlier. Not only that, Labour threatened the people with violence if Chastanet prevailed. Remember the guy who said “over my dead body”. And the one who said the election would have been a war between his party and the Chastanet family?

The most ridiculous argument of all was the one from that comedian and political science lecturer at the UWI who put forward the argument that Allen Chastanet was not St Lucian enough, that he couldn’t speak Kweyol, that he was out of touch with the masses etc., etc. So having set us back 10 to 15 years, having wrecked the country and all its institutions, we were to allow Labour another bite of the sour cherry. What would Labour have done for us then that they could not do in their previous three terms? Thank God the electorate didn’t buy it.

Even as late as 2018, this lecturer was still attempting to sell St Lucians (at least SLP supporters) the idea that the SLP was the party best prepared to lead St Lucia into the future.

Now Allen Chastanet would be the last person to tell you that today all is well in St Lucia, that he and his government are happy. In fact, to his credit, we have seen him tempering his enthusiasm and excitement over the successes that his government has made. We have seen him working his butt off to bring jobs, investments and development to the country and we have seen a vision beginning to emerge as to what he wants for St Lucia.

I will admit that at one point a had a problem with Chastanet talking so often about creating “a new St Lucia” until it began to dawn on me that this was in fact the very vision that Sir John Compton put forward in the “quadrant plan” that he presented to the House of Assembly after he won in 2006. St Lucia is in need of new life, new direction, new facilities, new attitudes and new ideas. Listening to our Prime Minister and recognising what he has achieved in three years, I have come to the conclusion that Allen Chastanet is right for St Lucia at this time.

The other thing about Chastanet that I admire is that since coming into office, he has wasted no time endearing himself with people wherever he goes. We have never seen anything like this in St Lucia. Chastanet seems comfortable and at home in any crowd and exudes the kind of warmth and affection for people young and old, men and women, well to do or poor, in the towns or rural areas, and yet we were sold of him, the image of someone who could not connect with ordinary folk because of his race and social and economic standing.

It is also these qualities in Chastanet that have made him so passionate and determined about developing the southern half of St Lucia. And here we find some irony, that it would take someone of his background to identify as a priority, the need to bring the south up to par with the northern half. It is no secret that the area from Anse la Raye/Canaries to Vieux Fort includes some of the most depressed communities in St Lucia, most of which have enjoyed only the crumbs of national development. The UWP had also pursued that vision of bringing economic and social opportunities to these “out districts” in the hope that once accomplished such a policy would result in people wanting to stay, live and work in their communities instead of crowding to places like Castries and putting additional pressure on its services.

Since 1997 these districts, save for Choiseul, consistently voted Labour in elections (Soufriere, Vieux Fort North and South, and Laborie) and yet Labour has not left its footprints anywhere in these districts that would reflect its representation. In fact, Vieux Fort, the constituency that voted for Anthony during that period under discussion has lost much of its economic punch.

In his New Year’s address a few days ago, Chastanet made the very telling point that St Lucia has always done well when his party is in government. This is no exaggeration. The eight percent drop in unemployment over three years, the restoration of economic growth, and the new investments, among other things, are signs that St Lucia is on the move gain. One can go around the country and physically point to what the UWP has done in every single sector of our development, both today and in the past, but the same cannot be said for Labour.

I believe what is eating away at Labour is Chastanet’s humanity and sense of compassion, the fact that even though he is a man of means, he still can feel the plight of the ordinary St Lucian man and woman, boy and girl to the extent of not just talking about it, but also doing something about it. That’s why the “Five to Stay Alive” programme that the party campaigned on in 2016 was so quickly implemented when the UWP took office. It is why also the UWP reinstated school feeding and transportation programmes for our youth. And it is why Chastanet continues to publicly lament the plight of young women bearing children that they can neither support nor raise properly, even over the objections of those who do not want to face the truth.

I remember the founding leader of the UWP being so moved by the sight of children walking to and from school that he used to pack them into his little van and take them to their destinations. It was from such little gestures of kindness that the UWP’s public transportation programme for school children was born.

It is my firm belief that one of the most important prerequisites for a successful politician is that he has love for his fellowmen to the extent that he or she would want to see them progress and prosper. In the last three and a half years, Chastanet has shown us this aspect of his persona. Along with some other fine qualities that he possesses: humility, maturity, listening to other points of view to the extent of changing course sometimes, his engaging and pleasant personality; together these attributes make him an admirable leader for St Lucia at this time.