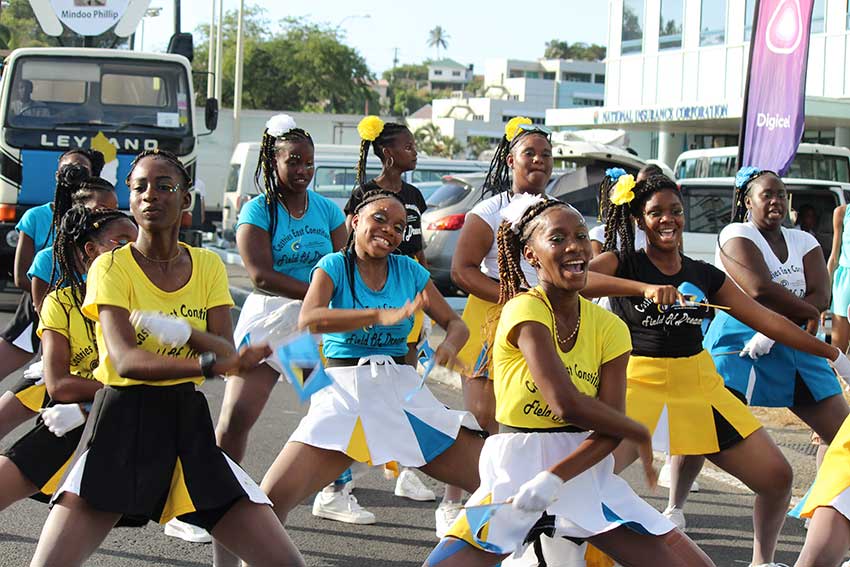 INDEPENDENCE DAY CELEBRATIONS IN SAINT LUCIA ALWAYS BRING REVEALING factors that challenge even the most thinking minds about how to start distinguishing the distinctive similarities and differences between celebration and observance of independence and nationhood.

The fanfare everywhere else is usually about how independence came — whether it was fought for and won or given on a silver platter as a gift of freedom from a benevolent master.

Forty-one years later, most Saint Lucian adults at home still see Independence Day in the shadow of its still-birth in partisan circumstances that caused what could have been a historic national celebration being significantly downgraded to an election campaign issue that forever divided a new two-party state right down the new national middle.

With over two-thirds of Saint Lucians born after Independence (1979), their relation to it is more celebrative than historically appreciative: annual rallies and military parades, community events sporting national colors, round-the-island walks — and the ever-popular motorcycle spectacle featuring countless motorbikes and riders from home and abroad.

I normally tend not to attend these oft-repeated rotated events, but on Saturday I walked to the William Peter Boulevard in Castries, hopefully to interview some of the growing number of small women riding big bikes – and ask if it has anything at all to do with any interpretation of national, personal and/or gender-related independence.

I avoided the over-charging mass activities where the price of everything national usually goes up and quantities go down, simply because it’s a holiday.

Instead, I anchored at a roadside vendor’s booth in the John Compton Highway that allowed me to see and talk to any and every one I wanted to between the end of the military parade at ‘The Sab’ and the start of the motorbike cruise from Castries to Vieux Fort — and back.

From my peeking perch, I noted how much ‘trooping the national colors’ has become a fashionable sport, as a media friend pleasantly offered me a Corona Virus mask — colored like the national flag.

And as if to prove George Odlum’s point that ‘A bikini actually conceals more than it reveals’, another guy — who knows I know him by face — challenged me to identify him as he wore a woman’s undergarment spread over his nose and mouth with the elastic strings stretched to behind his ears – also in the national colors.

#1: On my way back to base after being unable to await the long-delayed start of what one guy happily described as ‘The bikini-biking parade’, I noticed that the large British cruise ship in Port Castries was named ‘Britannia’ – same as the Royal Yacht that transported Queen Elizabeth to Saint Lucia and other far-flung British colonies worldwide before independence.

#2: I encountered a sizable group of highly-medaled Black men wearing brown military uniforms — all Saint Lucians serving in the British Army and visiting the land that gave them birth as a battalion of British soldiers, almost half sporting dreadlocks neatly braided below their regular army hats.

A Jamaican friend astride me was pleasantly surprised that these soldiers wore ‘dreads’ and I pointed out ‘That’s because Britain no longer discriminates against its soldiers just for their hairstyles.’

The journalist in me dutifully summoned the group, who happily spoke and also posed for photos.

I asked if they still spoke ‘Kweyol’ and all laughed out loud, each taking turns to describe — in the purest variations of local expression of their indigenous mother-tongue — which part of Saint Lucia they came from, none from Castries.

Independence Day also happened to be the birthday of one among them, who said just how happy he always is ‘on this day every year, when I can celebrate my birthday with Saint Lucians at home — and all over the entire world!’

Our brief and pleasant encounter over, as I watched the British Battalion walk-off happily posing for photos all the way, the other Saint Lucian in me silently asked: ‘If British troops were to stealthily intervene militarily in Saint Lucia tomorrow for some reason, would those guys be among the first to land?’

But I just as quickly silenced that other me, unusually opting instead to go with the usual flow, while trying hard not to be distracted by or sucked into the distractive and potentially destructive (if not purely negative) ongoing debate on the shared bench about ‘Whether Booming Blasts, Blazing Banners, Boys and Babes Baring Boobs and Bums on Bikes is Saint Lucia’s best annual display of how to celebrate independence. Or nationhood.

Instead, I fed both minds with spiced servings of Jerk Pork and Festival, dubbed down with spaced and rotating combinations of Dutch and Caribbean beers produced right here in the town named after an old fort in the southernmost shadow of the biggest of the island’s majestic twin mountains.

Another Independence Day had come — and was about to go just as fast – and I had elected to opt to go with the flow, without being part of the show.

In the nine weeks between National Day (December 13) and Independence Day, two international horse races were hosted here by the Royal Saint Lucia Turf Club, one launching the Piton Cup, the other beamed to China in the middle of the Coronavirus crisis.

I didn’t this year repeat my usual annual mantra about Saint Lucia being the only country in the world with an Independence Day and a National Day that have absolutely no worthy historical meaning.

Instead, I basked in the hilarity of the loud claim by one teary-eyed Forever-Lucian that ‘By our 50th anniversary of independence, our national flag will be a horseshoe!’

These are unfortunate historical realities that we just can’t erase, no matter how hard we try.