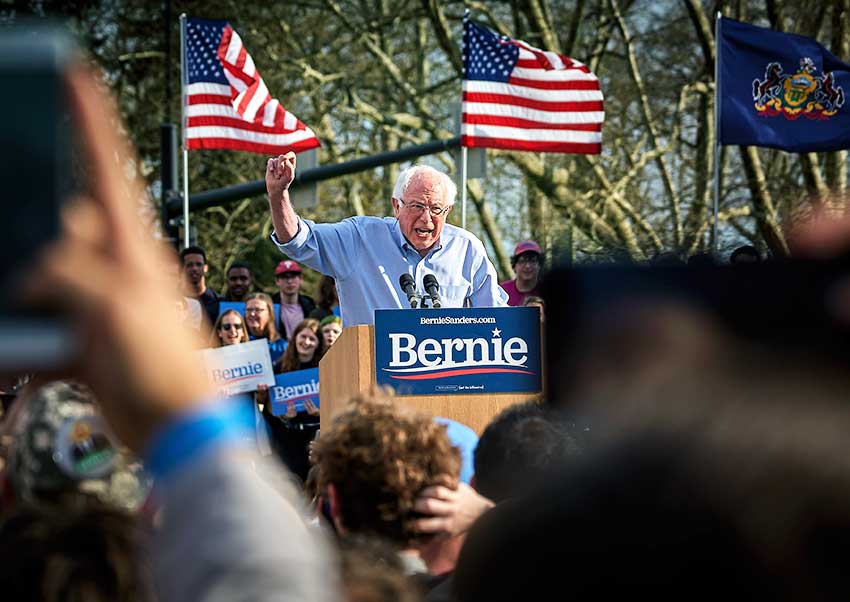 AFTER Senator Bernie Sanders was screwed in the 2016 US Democratic Party Presidential Nominations race in favor of Hillary Clinton, I confounded several friends by saying I preferred Donald Trump for President than the ex-First Lady and Secretary of State.

Why? Because, from her performance at the State Department, I felt that as US President Hilary would simply be just another Wall Street facilitator, while Trump would give America the shake-up it’s long needed to heighten the contradictions nationwide and galvanize the movement for change in ways never before.

Three years later, I haven’t been proven wrong about the Trump effect on America.

On the day after his inauguration in January 2017, millions of women across America took to the streets in pink protest.

Since then, The Don’s completed his hijack of the Republican Party and shaken-up the Presidency in ways unimaginable.

Trump and his presidency have pushed Blacks back and unleashed whatever latent racism was hidden inside White Americans.

He’s also misled America about not wanting to be engaged in endless wars and instead pulled out of treaties limiting nuclear weapons, bombed other countries, increased US arms sales abroad, deployed a space warfare programme, boastfully ordered assassination of other countries’ military commanders, made US troops abroad more vulnerable and committed $2.3 trillion to the US military.

The President boasts figures and statistics that look and sound good on paper, but class and race divisions have widened nationally since 2017, immigrants have been branded outlaws in a land built by immigrants and minorities are treated with major contempt.

Trump withdrew the US from the United Nations (UN) Convention of Parties on Climate Change (COP) and appointed climate change deniers to head the Environmental Protection Agency (EPA).

Promising to Make America Great Again, Trump has instead worsened its image as an international bully that has no friends, only interests.

Furious about being made only the third US president to be impeached, the Commander-in-Chief has become the Warrior-in-Chief, firing and publicly embarrassing top government officials for speaking the truth at his impeachment hearings.

Trump has so instilled fear in the leadership of a party he never joined that not one Republican Senator dared vote for his removal from office.

A major failing of many analysts is the erroneous conclusion that somehow Americans don’t see Trump like the rest of the world does or don’t feel the bad effects from his policies and are therefore doomed to have him as their Emperor of the Republic until 2046 – for three unbroken decades, as he suggested in one of his public expressions of hilarity following his engineered acquittal.

However, while more Americans voted against Trump and for Hillary Clinton to be President in 2016, most Democrats had earlier supported Sanders over Mrs Clinton in the nomination race — before he first got really screwed by a sudden change of counting rules.

Three years of the Trump effect has divided America like never before and solidified the consistent support for Sanders, who survived surgery to continue his message that ‘This election is not only about defeating Trump, but also about changing America.’

Sanders won the most votes in the Iowa Democratic Caucus, where he was again twice screwed by Clinton leftovers in the Democratic national leadership – by a suspect counting App in which a Democratic contender had heavily invested and a forever-long delay in checking and announcing results.

But he also won the New Hampshire Primary, increasing his chances of winning the nomination — and equally intensifying the determination of his opponents, from within and without, to attack his ‘Democratic Socialist’ credentials.

Trump stated very clearly in his 2020 SOTU Address that as long as he’s president, ‘Democratic Socialism’ will not enter America.

However, voters have rejected the claim that Sanders is unelectable, him now leading a growing coalition of disparate forces united in their opposition to Trump and support for the type of change he has been promoting for decades.

Americans have been feeling The Bern for more than just three years, which is why his opponents in both parties are trying to unleash a new round of undisguised anti-communism against Sanders.

Sanders has not offered a socialist platform, only to rearrange how America takes care of Americans and lives with the rest of the world; he hasn’t promised to end capitalism, nationalize private property or close-down Wall Street.

He is instead the biggest Democratic fundraiser with the most small-donors across America.

Young America is also supporting Sanders and it’s now to see whether Joe Biden, Elizabeth Warren, Mike Bloomberg and others will keep their promises to support Sanders if and when he hurdles past them in the race.

His opponents will intensify their attacks and even unite against Sanders – and if he continues his winning ways, the Democratic national fixers will continue going all out to prevent the nomination of the man Americans most feel can burn Trump.

Some Democrats even argue that Sanders should not be endorsed because he is not a party member.

But some who’ve felt The Burn of the Bern retort that what the party needs at this time is a leader from outside the box, who’ll break the mold that has for too long kept the Republican and Democratic parties as two brands of what RT’s Chris Hedges describes as ‘The same corporate American party’ and Native Americans will see as ‘Two wings of the same hawk’ or ‘Two horns of the same raging bull.’

So, having proven he has the will and the stamina to go toe-to-toe with Trump, will Sanders win the nomination?

He can, but it won’t be easy, and he’ll only succeed by burning his way — all the way — and keeping his firestorm alight and alive across America!