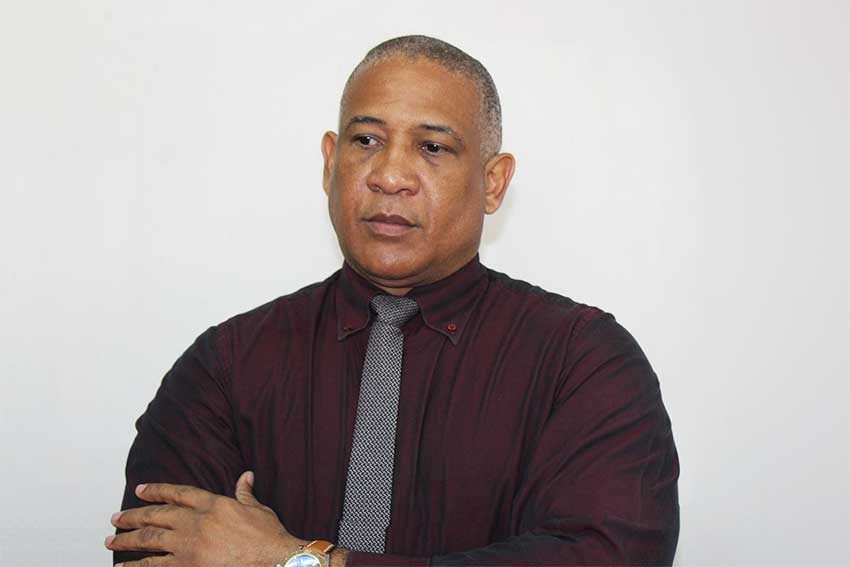 CASTRIES South parliamentarian Ernest Hilaire is considering appealing a judgement in the Appeals Court that went against him in a defamation case he filed against Prime Minister Allen Chastanet almost three years ago.

Hilaire, who has spoken out on the recent Appeals Court judgement, said that his legal team had advised him to appeal the matter at the level of the Privy Council, Saint Lucia’s highest court.

The point of contention between the two men, the High Court ruling of which went against Chastanet but which on appeal sided with him, was whether the provisions of the Defamation Act 20123 of the United Kingdom was imported into Saint Lucia.

Chastanet contended it was imported and therefore part of Saint Lucia Law while Hilaire claimed this was not the case, adding that there cannot be two law-making bodies.

Hilaire contended that the law-making function requires the judgment of the elected members of Parliament to make laws in the public interest, a constitutional obligation that cannot be delegated to a foreign Parliament.

The Castries South Parliamentarian yesterday chose Facebook to express his thoughts on the Judgement noting that he had received quite a few communications to explain what it meant for his defamation case against Chastanet, a case, Hilaire said “that is turning out to be a very complex legal matter in the simplest manner.”

Wrote Hilaire, “Basically, I sued Allen Chastanet in defamation for accusing me of actions which I found to be malicious and lies which caused me considerable harm. In his defence he cited English Defamation Law to justify his right to say what he said, and I cited Saint Lucian Defamation Law which is part of our Civil Code.”

Hilaire said that during the preliminary hearing, the High Court was asked to determine which law is applicable.

“Law as interpreted in Saint Lucia, has three sources – first, our Constitution then laws as enacted in our Parliament before and after Independence and finally, the English Common Law as authorized by Parliament in specified subjects. The High Court Judge ruled that Saint Lucian law is applicable. Allen Chastanet appealed saying that English Law supersedes our Civil code laws as it relates to Contracts, Quasi contracts and Tort. The Appeal Court agreed with him.

“In its simplest explanation, it is claimed that our old colonial constitution had a provision for English law to be imported into our laws. That when we became independent, we did not state in our new constitution that this is no longer allowed. Therefore, English law can still be imported even if we now pass our own laws,” wrote Hilaire on his Facebook page.

He added, “The case is now to be returned to the High Court to determine the case on its merit using English Law and not Saint Lucian Law. I have no difficulty with the case going ahead. That’s what I want. Let us proceed! Let Allen prove what he said! But it is proving to be a lot more complicated than that.

“It appears that if this decision is not appealed to the British based Privy Council, our highest Court, this will become the precedent to determine all matters of Contract, Quasi-contract and Tort in the future. It also means that all the cases which were decided since Independence may have been wrongly decided.

“Let me give you an example. If tomorrow, a visitor on a cruise ship visits a duty-free shop and God forbid gets electrocuted. His lawyers can argue that it is the UK Public Liability Insurance Act that applies and not our local laws. In short, the Judges have said that it does not matter whether we have local laws or not, English law can be used instead of our laws.

“So, my dilemma is clear. I want the case to start and for Allen Chastanet to prove what he said or face the consequences! But I am being advised that this issue is beyond me, it is bigger than me and goes to the fundamental principles that laws have to be certain and predictable. It goes to the core of how we determine Civil cases in Saint Lucia.

“Should I care about whether cases were rightfully determined and how they are decided in the future? Or should I just care for my case to commence?

“I must say that I have been strongly advised by my legal team led by Anthony Astaphan S.C and Peter Foster QC along with Renee St Rose and Thaddeus M. Antoine Esq. that this matter is of great public importance and needs to be reviewed by the Privy Council to establish the certainty of the law in Saint Lucia. Presently, if this decision stands it means that Saint Lucians really do not know what is provided for in law as it relates to Contract, Quasi-contract and Tort as it is English law which applies, according to the Appeal Court. This issue of great public importance must be clarified and settled by the highest Court. It would be remiss of me and indeed irresponsible of me as a Parliamentarian of an independent Saint Lucia, to continue to sit in parliament to participate in the passing of laws, and not be sure if it is futile or indeed achieving the desired result that we would want for a Saint Lucia governed by laws adopted by Saint Lucians.

“In the circumstances, my legal team has advised me that I have a responsibility for the greater good of Saint Lucia, to appeal the matter to the Privy Council and that is what I am considering.”