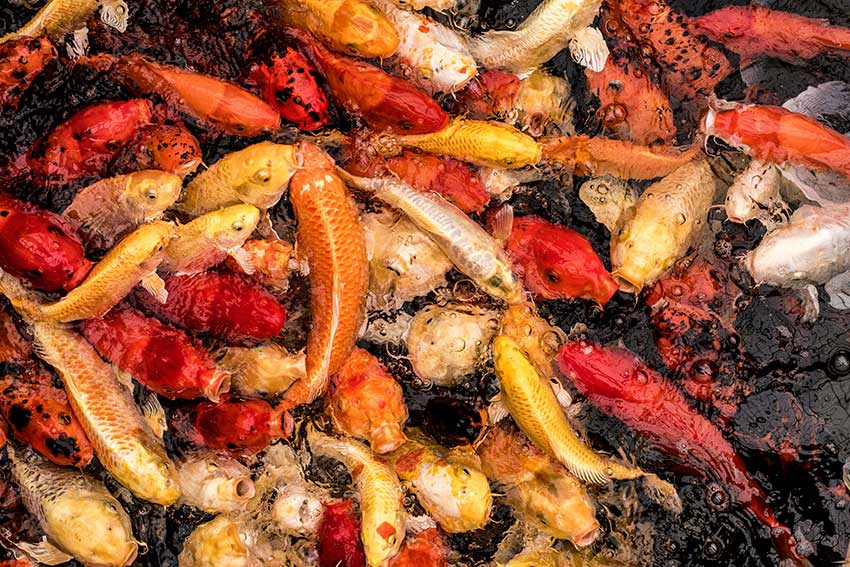 “Researchers warn that warmer seas mean more intense storms — or, as one put it ‘weather on steroids’ — resulting in the increased frequency and volatility of weather patterns, including worse hurricanes, more earth tremors, stronger winds and colder temperatures.”

A video of Martinique fishermen happily scooping-up an unusually large catch of small fish in shallow waters on a beach in the French Caribbean island colony drew much regional and international attention last week, but for all the wrong reasons.

Most comments were about the amount of fish and about how that large number of multi-species from different habitats ended-up together so close to shore to be fished-out by smiling fishermen with bare hands.

No hooks, lines or sinkers were used, but the French authorities deemed the ‘catch’ illegal because ‘trawling’ was ‘banned as of January 1, 2020’.

Criticism in the Saint Lucia media (just seven miles across the ocean) alternated between attacking the French ban on locals trawling ‘in their own waters’ and different assumptions of why so many different species and sizes ended-up together.

Few scientific reasons were offered, but those in-the-know explained such unusual happenings can be the result of everything from underwater seismic activity to other factors related to Global Warming and Climate Change.

Regional and national fisheries officials say all the right things today, but ultimate decisions rest with governments that are all but united on the way forward for one of the oldest professions in the region – and on Earth.

Caribbean governments and authorities in non-independent territories ruled by European Union (EU) member-states remain divided over the future of stocks in the shared waters between small islands separated by less than 10 miles in an imagined 200-mile Exclusive Economic Zone (EEZ).

CARICOM states represented at the International Whaling Commission (IWC) don’t vote as a bloc on issues related to the dividing subjects of ‘sustainable whaling’ promoted by coastal countries like Japan, Iceland and Norway and the counter-claims of over-harvesting for commercial use in the name of research.

In Saint Lucia, for example, training boats, fishing-net production equipment, cold storage and landing facilities donated by Japan many years ago were scattered on fishing seashores around the island.

But the fishermen’s lockers were much too small — and in some cases (like at Tapion) not one canoe ever landed at that misplaced facility, where all the equipment eventually rusted from sea salt.

St Vincent and the Grenadines, with a long history of whaling, has an annual IWC allocation for the number and types of whales it can catch, while other islands are told what species can be harvested – and when.

Most islands have set ‘seasons’ for exotic sea foods like lobster, turtle and sea eggs — and local chefs have also developed menus including Lion Fish servings to help change attitudes to it.

But tradition usually comes in the way of progress – and not all extra-regional advocates of change in these parts receive typical tropical welcomes.

Many Saint Lucian fishers still use traditional boats and old methods — with lines, pots and nets and without modern navigation or location appliances – and the vast majority simply don’t fish at night.

Some do complain about Martinique fishers feasting more heavily on exotic species in ‘Saint Lucian waters’, but not all the complaints are always valid.

Martinican fishers have a very lucrative exotic sea food market in France (and Europe) and one of the most popular and expensive species is the Diamond Back Squid, only caught in these waters by night when its red eyes can be spotted in the dark depths.

The Japanese offered to teach Saint Lucian fishermen how to fish the ‘million-dollar squid’, but they weren’t even baited by the potentially lucrative offer — because they just don’t fish by night.

Another clash between old traditions and new norms also took place in Saint Lucia several years ago, when a large shoal of dolphins followed a cruise ship into the Castries Harbour to the delight of passengers filming the rare sight – and to the even greater delight of local fishers who boarded their boats with cutlasses and harpoons in a catch-and-kill frenzy that left the waters bloody red — and brought the island much strong criticism.

Also in Saint Lucia, one of the controversial ‘Sea Shepherd’ fleet of vessels that usually confront Japanese whalers in the world’s oceans arrived in Port Castries several years ago to take similar action against local fishermen while out at sea hunting for the big fish in their small boats.

Whale meat – in this case ‘Black Fish’ – is still a very popular local dish that most Saint Lucians will buy, in or out of season and successive governments have supported sustainable approaches to whaling.

But the hostile ‘Sea Shepherd’ crew, claiming the government was supporting illegal whaling, resorted to illegal methods as they tried to forcibly prevent the local fishers, out at sea in their territorial waters, from earning their daily bread the way they always did.

Their hostile actions led to Captain Paul Watson and his crew being confronted by the authorities and asked to leave.

Most fishermen can sell all their catch in the Caribbean, but fishing is no longer as popular in many islands, mainly thanks to the sheer hard work and usually very long hours of uncertainty involved.

But back to the top…

2019 was the warmest year on record across the globe.

The unusual Martinique fish-landing coincided with a new global study just days earlier that revealed the temperature of the world’s oceans in 2019 was 0.075 degrees Celsius — higher than the average temperature recorded between 1981 and 2010.

That may not sound like a lot of heat, but consider this: the report also noted that the pace of ocean warming has increased 500% since 1987, with lead author Lijing Cheng equating the amount of heat pumped into the oceans over the past 25 years to that of 3.6 billion atomic bomb explosions.

The researchers warn that warmer seas mean more intense storms — or, as one put it ‘weather on steroids’ — resulting in the increased frequency and volatility of weather patterns, including worse hurricanes, more earth tremors, stronger winds and colder temperatures.

The results in other parts of the world are like the forest fires burning Australia and the faster melting of ice in the Arctic, resulting in faster sea level rise worldwide.

So, while fish flocking to shores by shoals will have been a good catch for the Martinique fishermen, that’s still small fry on the wider scale.

The real picture is very different — big, broad, massive and large – and what it shows urges the entire Caribbean, now more than ever, to awake much quicker to current and potential perils of Climate Change Denial and urgently put to bed the lingering refusal by too many people, organizations and institutions to accept that everything and everyone in this world is connected, one way or another.

Like it or not, Folks: Climate Change is fishy business!