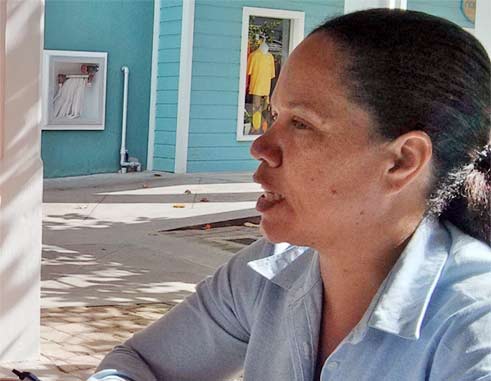 THE recent decision by the prime minister to slap down the nomination of Jeannine Compton Antoine as the Director of the Saint Lucia National Trust is a reminder of the asymmetrical trust that exists between politicians and those entrusted to manage statutory organisations. The Saint Lucia National Trust, created under the aegis of Saint Lucia National Trust Act, is one of several examples of needless involvement of a minister of government in the appointment of an executive officer of a statutory organisation. Without wishing to be disparaging, most government ministers entrusted to run the affairs of our country are, very often, not adequately equipped to do so. Yet, they behave as if they have the ability to solve all our economic and social problems – on their own. The truth is they need help, whether they know it or not, for two reasons: they lack the requisite ministerial capacity, and perhaps more important, the problems are just too complex for any individual or narrow grouping of individuals to solve.

At the beginning of every election cycle, ministerial hopefuls call upon the citizenry to trust them with the management of the country, yet they are unwilling to extend that same level of trust to the citizens they appoint to boards upon coming into office, to run state-owned or state- funded organisations. And it is because of this mistrust that the legislation governing these organisations, very often, stipulates the need for approval by the relevant minister for the appointment of the organisation’s chief executive officer or manager as the case may be. The Saint Lucia Development Bank immediately comes to mind as a statutory organisation requiring the approval of the relevant minister for the appointment of its managing director. I have always questioned the real value to the organisation of such ministerial reach when the board of directors, consisting of members with the relevant skills and experience are best able, or certainly better able, to select a chief executive officer.

The latest refusal to approve the nomination of Jeannine Compton Antoine as the director of the National Trust brings into sharp focus the harm that can be done when a minister of government, in this case the prime minister, is provided with the unnecessary privilege of deciding on an appointment beyond his competence. I say “ beyond his competence” because of the reasons he gave for his decision. According to him, she (Jeannine Compton Antoine) didn’t support his party, and she was not sufficiently commercially minded, not to mention the other puerile reasons. So now, Mrs. Antoine is denied the opportunity to earn a living for her family, never mind she is adequately qualified, because the prime minister of the country does not like her. Given the ruling party’s umbilical connection to her father, Sir John Compton, this must be one of the most glaring cases of what I call reverse nepotism: the denial of work to a qualified and deeply- connected- party individual.

I hold no brief for Jeannine Compton Antoine, but it is sad and worrying that the Trust should be denied the expertise of a highly qualified conservationist, because the prime minister does not like her. Jeannine Compton Antoine is a trained marine biologist, a former Commissioner and Chair of the International Whaling Commission, a highly influential and respected conservation organisation. She is a resource person for whaling in the Caribbean and a former General Manager of Soufriere Marine Management Association Inc. And with regards to Mrs. Antoine’s nomination, the individuals best placed to make the appointment of Director of the Trust are its eleven commissioners- not the prime minister, never mind the power-grabbing rules of the relevant legislation. His reasons for refusing the nomination indicate a lack of understanding of the role of the Trust and its internal workings. The long term development of St Lucia is intrinsically linked to the uniqueness of its geography and people, and the protection of its heritage and patrimony. We should not deny our uniqueness to the world by trying to copy what others do, and what they do will always be done better that we can, because theirs is built on their own uniqueness. And with regards to the internal workings of the Trust, whoever is the director of the Trust will not change its position regarding a dolphinarium at Pigeon Island National Park. The director according to the rules of the Trust works under the direction of the Commission. The decision of the prime minister to reject the National Trust’s nomination remains ineffective in so far as changing the position of the Trust on the dolphinarium, but has, sadly, managed to deny Jeannine Compton Antoine a job she desired and is qualified to do. There is something very instructive and worrying about the Prime Minister of Saint Lucia being actively engaged in undermining the workings of an organization created for the conservation and protection of our heritage and patrimony. First, it was the withdrawal of the subvention to the Trust, and, now, it is his refusal to allow them to have a highly qualified Director of their choice.

The overreaching of politicians in matters that belong to the rest of us will continue to undermine the development of our people if we don’t correct it. Our country needs all its talent for the good of all its citizens. The answers to our challenges should not be allowed to be the exclusive concern of politicians. Governments must not be allowed to stifle the country’s development by isolating those who are able, and, in their minds, do not share their politics or whom they simply don’t like. That is why we need mature and responsible leaders overseeing the governance of our country. Our leaders must be called to a higher standard in making decisions about the management of the country. The prime minister is free to like or dislike whoever he wants, however, the likeability factor should not be a basis for appointing individuals to jobs, when these jobs are fully or partially financed by public funds. This latest decision by the prime minister is an egregious act of injustice that deserves widespread condemnation and is a threat to fair treatment to those who disagree with him.

Returning to the enabling source of this opportunity for ministerial abuse, the pervasive legal requirement in legislation governing the operations of statutory bodies needs to change if we are to make a systemic shift towards empowering skilled persons committed to public service in the pursuit of national development. We look too often towards government for solutions to our problems, which is reinforced by too much government interference. The Jeannine Compton Antoine case, though not the first, must not be allowed to continue; we are all responsible for the development of Saint Lucia and must be on guard and resist those politicians who believe development is just about money in people’s pockets, however, it is done. Our development is about raising the level of our humanity and allowing every citizen a fair chance to realize his or her potential. Human beings preexisted money and so the development of human beings is more important than money. Yes, we need money but not at the cost of veritable human development.