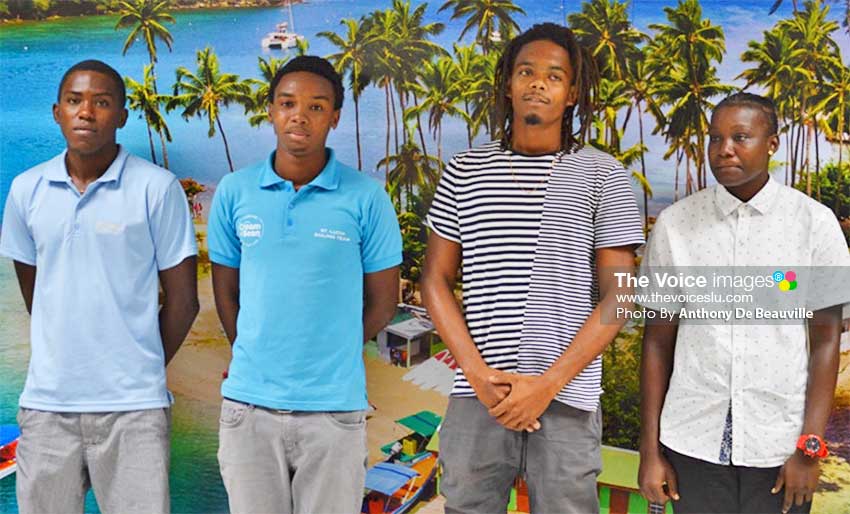 THE countdown has begun leading to the start of the 2019 Atlantic Rally for Cruisers; the annual Atlantic crossing from Las Palmas in Gran Canaria which begins on Sunday, November 24 2019. This year the ARC will also coincide with the anniversary of Saint Lucia’s 40th year of Independence.

For local ARC enthusiasts, this year there is additional interest on the high seas as six young Saint Lucian sailors, part of the ARC Youth Team project, will make a brave attempt to complete the 2700 nautical miles journey.

Addressing the gathering was Anthony Bergasse who delivered a statement on behalf of World Cruising Club Director Andrew Bishop. Part of the statement read: “This year marks the 30th consecutive year that the ARC has arrived on this beautiful Caribbean island of Saint Lucia. To achieve this, World Cruising Club (WCC) has created a unique opportunity that celebrates both the history and the future of the connection between the ARC and Saint Lucia, and also brings the Saint Lucian youth and the local maritime industries to the forefront.”

The youth team is made up of six young people from Saint Lucia, namely, Tyrus Antoine, Gabriella Chreiki, Chrisanki Flood, Krishna Joseph, Neil Melius and Adonai Modeste. On their journey, they will be accompanied by a professional skipper and his team of three experienced young crew, making a total of sixteen on board. All sixteen, according to Bergasse, are between the ages of 18-30.

He added, “This journey across the Atlantic Ocean will be an amazing adventure for our young participants, and I am sure they will remember it for the rest of their lives. It will undoubtedly be hard work, but at the same time, challenging, spectacular, educational, rewarding, confidence-building, and a solid lesson in team-building.

“The ARC Youth Team is an expensive project, and has only been made possible with the generosity of the sponsors here in Saint Lucia, and also those from Gran Canaria. WCC itself has also directly injected sponsorship of more than US$25,000 dollars, which will fund two of the twelve crew members’ places on board, and provide the resources to organize the project.

“As a result, all twelve ARC Youth Team crew have their places fully funded, and this incredible adventure of a lifetime will come at no cost at all. The combined sponsorships from all parties have been able to cover the cost of the crew placements on the boat, their food and drink for a month on board, their insurance, as well as all the international flights and travel required for the team. They will also be kitted out with a complete set of branded clothing and merchandise on arrival in Gran Canaria. We would therefore like to sincerely thank all the sponsors of the ARC Youth Team here in Saint Lucia, particularly the Gold Tier level sponsors, who have sponsored an entire crew place to the value of US$5,500.00”.

“The ARC’s host marina, the IGY Rodney Bay Marina, has also combined forces with many of the resident businesses in their marina, as well as with the Saint Lucia Yacht Club, to jointly pay for another whole crew place on board, and we thank them all for their kind generosity,” Bergasse said. “Also, we would like to thank SeryCenac for his kind donation.”

According to WCC, there have been several key people in Saint Lucia involved in making the ARC Youth Team project a reality, including Anthony Bergasse, Lily Bergasse, Dr Stephen King, the Saint Lucia Tourism Authority, James and Pepsi Crockett from Jus Sail for their guidance, advice and support.

Body Holiday representative, Laura Bowler said, “We are excited at Body Holiday to be sponsoring the ARC Youth Team and one of our fantastic team members from Body Holiday, Chrisanki Flood, who has been part of our team for the last five months. We have a sailing school at the BodyHoliday for guests and local residents. In March we have two Olympic sailors that will be coming out to sail with the guests at the resort, Nick Thompson and Hanna Diamond; the pair will be here to promote our sailing school. Our guests are happy that Chrisanki got that opportunity to participate in this ARC.”

Michael Richings, Spinnakers representative said, “We are the Gold sponsor for this year and we are very proud to sponsor Krishna Joseph, a young lady with the ambition to be the first qualified skipper from Saint Lucia. Spinnakers has been involved with the ARC and sailing in general from its conception 30 years ago, and it’s great to have this opportunity to put something back into not only the sailing community, but also the young people of Saint Lucia. Krishna is only 21 years old, and it’s a fantastic opportunity for her.”

Richings continued, “I have done the ARC twice, my wife has done it once, my son has skippered the ARC a couple of times; he was the youngest skipper at 24 years old. My son has crossed the Atlantic 14 times skippering private yachts – all what’s left is to wish the entire team the very best and look forward to seeing them arriving in December.”