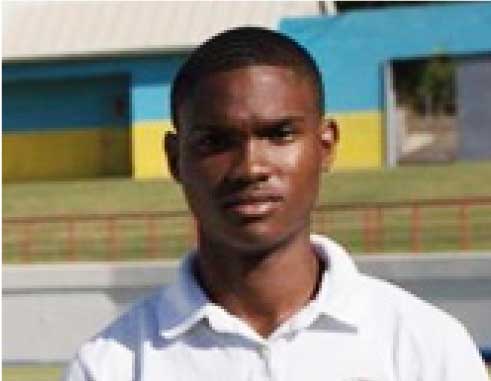 THE 29th Biennial Convention of the West Indies Cricket Umpires and Scorers Association held at the Kensington Oval in Barbados was a success.

Saint Lucia which was represented under the banner of the Windward Islands was well represented when Francis Maurice and Johann Williams led a delegation of seven, four of whom are below the age of 18.

The four youngsters from Saint Lucia were the center of attraction throughout the duration of the convention and helped Saint Lucia register two firsts. Sixteen-year-old Vincent Mitchell (Jr) was recognized as the youngest fully qualified umpire in the world and Elroy Griffith was the youngest umpire to attend an umpire’s convention at the age of 15.

Cuthbert McVane and Vernillius Gabriel were also among the four who attended. So impressed was the convention with young Griffith that he was allowed to officiate in a couple of division two matches and one school match.

Francis Maurice along with the other members of the St Lucia Training and Examination Committee received much praise for the work they have done in recruiting and training such young umpires; a secret which seems to have eluded the other nine member territories.

It is worth mentioning that there were four other young St Lucian umpires, namely Jason Collymore, Ali Augustin, Joshua Charles and Renael Alfred (all below the age of 17), who would have attended the convention but because of graduation commitments could not.

A new General Council was re-elected where most of them were unopposed except for two vacancies which were filled, one of these being Francis Maurice who was elected unopposed on the Training and Examinations Committee, which automatically makes him the Chairman of the Training and Examinations Committee of the Windward Cricket Umpires and Scorers Association.

The Windward Islands and indeed Saint Lucia was urged by the convention to continue their good works in recruiting young umpires. They are also looking forward to seeing the young umpires which were recruited and others at the next convention slated for the Cayman Islands in 2021.