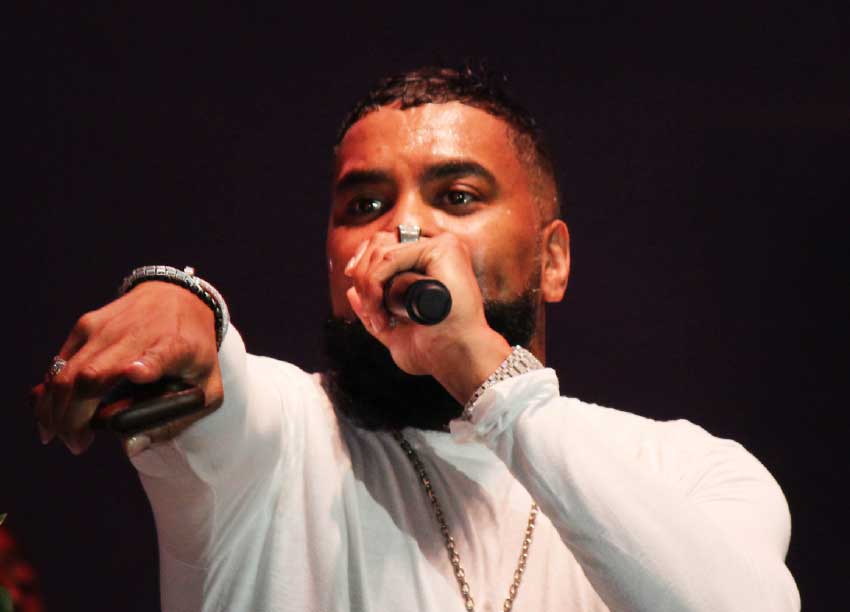 THERE was no telling where things would have gone with the Roots & Soul Festival on Saturday, after getting there and finding an almost empty venue, with the exception of staff working at the event. This was a far cry from what usually obtained at the Jazz Festival, which will always be the point of comparison for any festival held at Pigeon Island; before changes were made to the structure of Jazz, people would arrive extra early just to ensure they could secure enough space at the stage front to pull out their fold up chairs, lay out their blankets, and get ready for a day of music and relaxation.

Fortunately for everyone who bought a ticket that day, things picked up steadily, and by the time Reggae sensation Tarrus Riley took the stage, the venue was ram-packed.

Depending on whom you ask, this year’s festival was either “the best Roots & Soul event ever staged”, or “a complete waste of time”. Either way, here are some of the moments that stood out:

Since the launch of the Roots & Soul Festival along with the other festivals that make up the Soleil calendar of events, organisers have expressed that one of the main aims of the festivals were to attract visitors to Saint Lucia throughout the year. By all indications, the Roots & Soul Festival achieved that objective. That was most apparent in the diversity of the crowd, and the screams of delight every time a performer would mention names of countries, and people would respond in true patriotic fashion.

Perhaps they are a local band that most people here in Saint Lucia don’t listen to on the regular, but Skip Monday had the audience moving, grooving, and wondering why they hadn’t discovered the group sooner. Saint Lucian talent stood out in a big way through their performance, which was one of the high points of Saturday’s event.

Yes he said it… more than once. Timaya, the Nigerian artiste famous for songs like “I Like the Way”, “Sanko” and others was on a mission at Saturday’s event to get some full figured ladies to dance with him on stage. He even asked the MC to help him out before he got on stage, and she did by asking the ladies in a more diplomatic way if they wanted to get on stage with the artiste. At first, there seemed to be enthusiasm, but when the artiste finally got onstage himself and posed his question specifying that these potential dancers needed to have big booties, he was left standing alone. Now of course many are questioning why it was that no one wanted to get up close and personal with the African celebrity. Was no one at the show confident enough to get on stage? Was it the way he asked? Was it just the wrong event? Who knows? One thing is certain, Saint Lucian women voluptuous or not are no strangers to the stage, especially around carnival time so we’ll leave that one to your own interpretation.

Still on Timaya’s performance, what was up with that section of the crowd that kept shouting at the artiste for being a fake, and for lip syncing? Really and truly, if he was, it would not be the first time a performer would be caught faking it during a performance at Pigeon Island. Hopefully, that was not the case!

Was that you Estelle?

Not all stars look exactly the way they do in videos or other promo, and that seemed to be the case for Estelle, as she came on stage on Saturday night with a casual ripped Reggae icon t-shrit, platform shoes and shorts. Not that there was anything wrong with her outfit, Roots & Soul is a relatively casual affair after all, but it did seem to take a minute for her to warm up on the stage, and get her stage legs going. Nevertheless, when she started to sing, sing she did, blowing everyone away as per usual.

Mongstar’s performance of “Saint Lucia We Love” was nothing short of legendary. When performer John Lee delivers that video documentary about Saint Lucia as revealed by Prime Minister Allen Chastanet at the event, Mongstar’s performance will be one of the main highlights. Off the stage however, the artiste did manage to cause a few ladies in the audience to take off running as he toyed around with a tiny crab that had found its way into the crowd. As he pretended to pick it up, he instead humorously tossed it around, and people ran for cover. During the crabby affair Mongstar placed the little crab into his drink cup, proceeded to pour a drink, and continued to party, crab in hand. Eventually though, he put it back onto the ground, at which point the crab played dead, then minutes later scampered over to two tourists, who picked it up and took it to safety.

Hands down, Mya’s performance was amazing. The singer looked and dressed the part of a diva, with her dancers looking just as mesmerizing and vibrant. It was hard, or even impossible to tell that the artiste was 39 years old, as she sashayed across the stage, and executed some of her more provocative moves. Good on the Roots & Soul organisers for including her in this year’s lineup, and on Mya for sharing some of her life story which included rising above being bullied, becoming successful even though she wasn’t from an affluent family, and reaching her dreams yet remaining humble. After her performance the singer, songwriter, producer, and actress had some inspiring advice for young people that wascentered around never giving up!

American singer, songwriter, dancer and actor Ginuwine proved he still had it going on belting out hits like “Pony” and “In those Jeans” during his performance on Sunday, the last day of the festival. The artiste had the ladies scrambling for pieces of his clothing, including a sweat drenched rag. When all the fanatics were over, he left the audience on a sweet note, showering those closest to the stage with a handful of long stemmed roses.