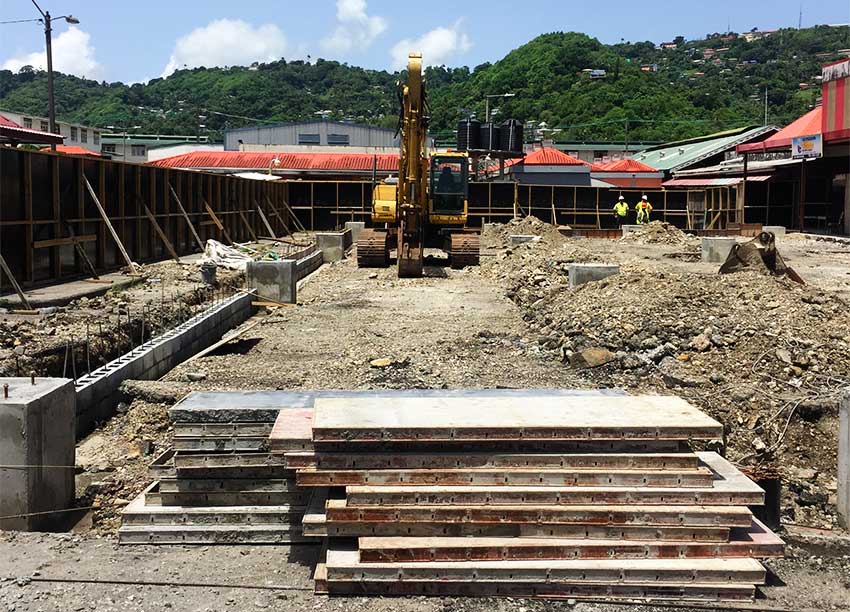 IT seems that vendors at the make shift provisional market will not pay a higher daily fee on returning to the new market when it is completed.

Castries Mayor Peterson Francis this week said there are no immediate plans to do away with the current fee structures vendors are presently accustomed to.

The new provisions market is being built in the open space where vendors once sold their produce at Reclamation Grounds in Castries. The vendors were relocated to the old Fire Service Headquarters site on Jeremie Street in May of this year amid protests by some of them that the site was not ideal and would prevent them from making the amount of sales they were accustomed to at the previous site.

Each vendor received a stipend of $500 to assist them in relocating to the new temporary venue. The construction of a new provisions market was seen as phase one of the Castries Market Redevelopment Project. The new market is expected to have amenities like a state-of-the-art food court, high end restaurants, a craft market, a box park, a viewing tower, an entertainment area, meat and fish depots, duty free shopping and more.

Construction in the first phase of the market redevelopment started in June of this year and was projected by Mayor Francis to be completed in three months, however a shortage of material may put that projection slightly off course despite Francis’ optimism that the project is ahead of schedule and will finish on time.

“While contractors have said that the estimated completion of the first phase is within one month, I need to point out that there’s a delay due to the unavailability of the steel needed for the roofing and structure frame from the manufacturers,” Francis said.

According to Francis, work has not stopped on the site despite the absence of the materials in question. However, he noted that to date the new market foundations have been completed and steps around the first phase area have also been completed as the first ground surface paving.

“In addition, line drains are 80 percent complete, installation of the steel structure which includes the roofing is 45 percent complete,” Francis explained in a press release issued by the Office of the Mayor.

The Mayor added that among work still left to be done in the first phase is the implementation of a line drain to the project’s entrance, the completion of a section of the framed roofing and another layer of ground surfacing.