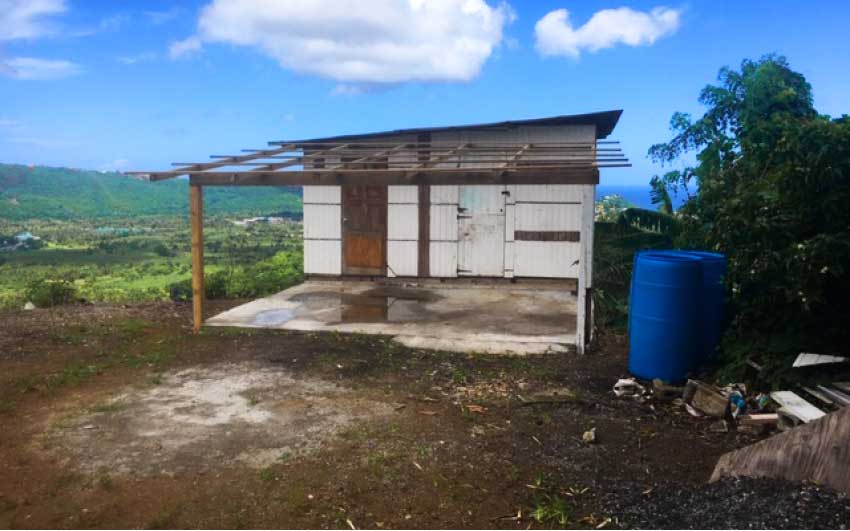 A GOVERNMENT acquisition of 52 acres of land in Belair, Castries, has left shareholders of two local companies on the brink of collapse; land in which they spent seven years preparing to transform into a residential housing area for low income earners.

The shareholders are frustrated to the point that they decided to throw in the towel and seek compensation for the money they had invested in the project rather than to fight government over the acquisition.

Exquisite Homes Limited which are the project’s developers and Amarna Consult Limited, which provided engineering services for the project are the companies affected by this latest move by government, which comes two years after Amarna Consult Limited won a court case against the Development Control Authority (DCA) for rejecting its Environmental Impact Assessment study that was needed before approval was given for the transfer of the land from agricultural to residential.

A spokesperson for Exquisite Homes Limited said the company was very close to achieving DCA approval for the planned development when shareholders were taken by surprise to learn, just about two or three weeks ago, that the land on which they had an agreement with the owners to purchase, and on which they had spent about EC$5 million to prepare for the planned construction of two and three bedroom homes, were gazetted for government acquisition.

The VOICE was able to get a copy of the July 16, 2019 Saint Lucia Gazette that contained the block and parcel number of lands in Anse La Raye and Castries that were gazetted for acquisition by government. The parcel of land in question is registered as block 0642B parcel number 314 in the Land Registry and owned by Geest Industries Estate Limited. This block and parcel of land is one of several blocks and parcels of land listed in the Saint Lucia Gazette for acquisition by government. All of them have Geest Industries Estate Limited as the owner.

The VOICE was also able to acquire a copy of the signed agreement between Exquisite Homes and Geest Industries Estate Limited for the land in question. In that signed agreement it was revealed that the land (52.6 acres) was dismembered from the parcel of land registered in the Land Registry as parcel number 0642B – 261 situated at Belair in the quarter of Castries.

The agreement was made on June 27, 2019. The purchase price of the property as listed in the signed agreement was EC$1,150,000. An Exquisite Homes Limited spokesperson, who asked for anonymity at this stage in the proceedings said the company made a $260,000 deposit to Geest Industries (Estate) Limited and a $500,000 payment towards the purchase of the land.

Contained in the signed agreement between the two parties is a clause that states “the closing date means 30 days after the execution of this agreement. Either party can give notice of an extension for another 30 days for closing of this agreement if necessary.”

In an effort to understand what was going on Exquisite Homes Limited wrote to the DCA on 26 July, 2019 stating thus: “We again write to further bring to your attention (an) unplanned development that appears to be ongoing on the very same property (Parcel No. 0642B 314) that we have been seeking your approval to construct a large planned development on over the last six years; given that there has been no official response from the DCA since our last correspondence on 13th May, 2019.”

The VOICE has a copy of that letter and another which was written to the DCA in May of this year complaining of an unplanned development on block and parcel number 0642B – 314.

Exquisite Homes Limited and Amarna Consult Limited also wrote to the Chief Surveyor, Mr John Labadie of the Ministry of Physical Development, Housing & Urban Renewal requesting a meeting with him to discuss the process involved concerning government’s acquisition of the parcel of land for which they had an agreement with the owner, and to which they had already paid $760,000 toward its purchase.

With Amarna Consult Limited acting as engineering consultant and Exquisite Homes Limited as the developer the two reported that they had design the Belair Estate Housing Development specifically for the purpose of providing economical housing to citizens of Saint Lucia at affordable prices within the range of EC$220,000 – EC$290,000.

According to the companies, design work commenced in 2013 with submissions to the Ministry of Health and other approval agencies in 2014. DCA submissions requesting construction approval were made in 2015. An application for a change of land use from agriculture to residential was submitted to the DCA on 9 January, 2015 and approval received in 2018 after an arduous process involving the courts through judicial review. Since then, numerous submissions were made to the Ministry of Infrastructure, DCA, Ministry of Health and other such authorities in pursuit of the DCA’s approval for construction.

“To date we have not received this approval for construction even though we have been completely co-operative in submitting every piece of information that has been asked of us over a more than six-year long period. We were therefore startled to learn that the property was acquired in a record time of one week between publication of the Gazette. It is even more bewildering that given our extensive communications with the Saint Lucia National Housing Corporation, DCA and Ministry of Infrastructure and the clear knowledge of the government that we were working diligently on this project that the parcel of land was acquired in this distasteful manner,” said the spokesperson for the companies.

The shareholder of Exquisite Homes Limited and Amarna Consult Limited are no longer interested in continuing the housing project in Belair. They say they want a refund of all the money they have spent to date on the project, which exceeds EC$5.176 million.

They say the money includes the total cash deposits they made towards the purchasing of the land; design costs extending over a period of approximately six years; submission fees; airfare, accommodation and associated expenses to facilitate the development of the project; legal fees; printing and reproduction costs; marketing fees; business planning consultancy; sourcing of financing; supplier and contractor selection through interviews and screening; production of bills of quantities for project cost estimations; production of project specifications for construction including specialized systems to be introduced to the country; pre-project planning and constructability analyses; administrative costs and other related costs.

Shareholders say they need to compensate their investors, more than 70% of whom are St Lucian citizens who made major sacrifices over the years in order to keep the project alive.

Several attempts were made between Thursday and yesterday, when this article was being written, to contact the chief surveyor in the Ministry of Physical Planning and Geest Industries (Estate) Limited for comment but to no avail.