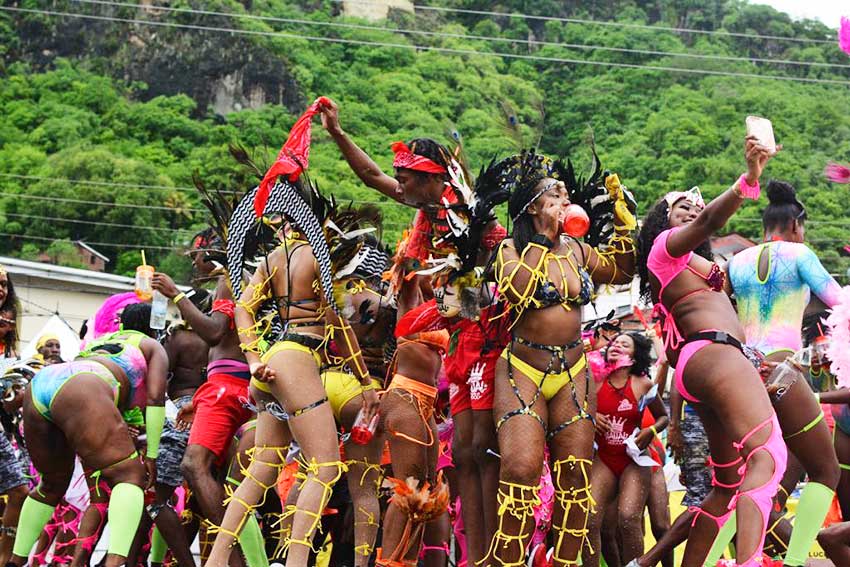 The Soufriere Events Committee hosted a successful Soufriere Carnival for a third consecutive year on June 23rd and 24th 2019, under the theme “Liberated. Our Journey” Despite the unsavoury weather conditions on Sunday revellers enjoyed a pre-morning Jouvert which accumulated into the parade of the bands near the Old Copra Factory.  The two-day event highlighted a splash of colour, creativity and full costume bands. Each band was accompanied by their own music truck which added a variety of melodies and flavour for revellers.

The Soufriere Events Committee would like to say Special thanks to the District Representative- Hon. Stanislas, Mayor Gangardine, and The Soufriere Regional Development Foundation; every stakeholder, sponsors and suppliers who supported Soufriere Carnival 2019; All the Carnival Bands and Band Leaders and Revellers for their spectacular productions of costumes; The Contestants who took part in the Pageant, all Judges, the Police, Media Crews and Spectators from Soufriere especially those who travelled from different parts of the island. Thank you for lining up the routes, making videos, jumping and viewing the Carnival.

Five Carnival bands showcased their costumes depicting various themes. The lists of Portrayals were as follows:

The results for Soufriere Carnival 2019 are as follows: