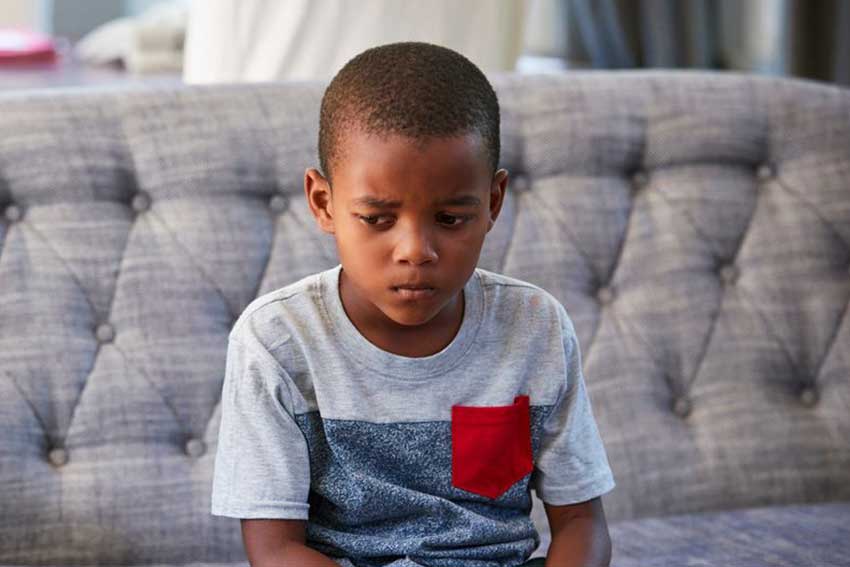 Highly aggressive or uncooperative children at the primary school level are likely to be rejected by their peers and do poorly at school. Many will not simply outgrow their aggressive behaviours. As they grow older, they are more likely than other children to use drugs and commit violent and non-violent crime. Aggressive children who are impulsive and have attention problems are particularly likely to continue to have problems as they grow up. Helping these children to become less aggressive can prevent many problems later.

It is precisely for this reason that Caritas Antilles, an organization operating from the head office of the Archdiocese of Castries, and Catholic Relief Services piloted a programme in 2010 to 2013 in the Marchand Community. The project was entitled, “The St Lucia Catholic Youth Synergies Empowerment Pilot Project – CYSEPP.”

National Statistics in Saint Lucia indicate that youth make up 72 percent of the population of the island, and therefore play a critical role in the future of the country. This point has been underscored by the Catholic Church in St Lucia. The Archdiocesan Synod of 2008-2009 stated that: “the church recognises that the population consists predominantly of youth and that her message towards the year 2020 must be one which articulates a preferential option for the youth, serving to deepen the faith and the active participation of young people.”

These same youth face a severe lack of support, opportunities, and resources needed to make a positive contribution to the development of their communities. The year 2007 for example was reported to have the highest youth unemployment rate in the Caribbean (15-24 years: 39% Male, 44% Female), more than double the national average of 18% (2007 World Bank Crime and Violence report). According to a 2006 Poverty Survey, half of St Lucia’s poor are under the age of 20 years.

Poverty and unemployment put youth at high risk for negative behaviour. In recent times for example, the community of Marchand located in the heart of the capital city Castries has been rife with violence, school drop-outs, family life disintegration, among other social ills.

The Human Services resources for supporting youth in continued engagement in positive activities such as school and vocational training activities do exist. In addition to interested individuals within the community, the office of the Parliamentary Representative, the Marchand Community Police and the Marchand Women’s League are organisations with the potential to offer support to youth in a variety of ways but lack the training, financial resources, and linkages to effectively engage the youth.

The overall goal of the CYSEPP programme was to improve the behaviour and performance of At-Risk Youth Learners in the Marchand Community and to improve access to available social services to young people, their parents, or guardians.

In that project, students of the Marchand Combined School were targeted. The carefully designed objectives were as follows: (1)To enable At-Risk Youth at the Marchand Combined School to demonstrate improve behaviours for education; (2) To provide Life skills Training for students; (3) To link At-Risk Youth to trained community leaders as mentors; (4) To coach 10 teachers for improved teaching with At-Risk students; (5) To hold 12 workshops to support parents; (6) To organise field trips to expose students to life outside their communities; (7) To ensure that At-Risk Youth in the Marchand Community have increased access to support for healthy development; (8) To open a family desk in the Marchand Parish on Friday and promote services to the community; (9) To refer families in need of various support services to potential government and non-governmental service providers for assistance; and (10) To assist families obtaining vital documents such as birth certificates.

But what exactly is meant by At-Risk youth or students? At risk students in the primary school level are students identified by the school as at-risk of falling behind academically or dropping out of the school system. Those children could be identified by poor attendance at school, poor performance in the school and national examinations, volatile behaviours (including fighting regularly at school), students who carried weapons, students who showed clears signs of abuse, students who had difficulty working in groups, and students with low self -esteem or low self-confidence.

The Marchand Combined School was able to identify about 50 of those children from Kindergarten to Grade 6 to be enrolled in the CYSEPP project in 2011.

In order to promote the goals of the CYSEPP project, the Family Desk which was housed in the Marchand Parish Presbytery was well poised to implement the activity domain of the framework. The manpower for the project came from volunteers from the Marchand community and the funding was derived jointly from CARITAS and CATHOLIC RELIEF SERVICES. The coordinator for that project was the writer of this article, a teacher by profession, qualified to teach children as well as adults, who has special training in Community Development and Youth Leadership.

While it is the role of the school to teach academics, learning requires a variety of other skills and behaviours from students, such as timeliness and regular attendance, self-control, self-esteem, attentiveness and ability to work and play with others.

The CYSEPP programme worked with the 50 students identified by the school and who were in need of special assistance in the development of those skills. The students were pulled out of the classroom for special meetings twice a week on Tuesday and Thursday for 90 minutes at the Marchand Parish Centre and were engaged in a variety of activities and developed relationships with trained mentors who provided encouragement and support in the development of the skills described above.

In my next article, I will provide more details on the project framework.