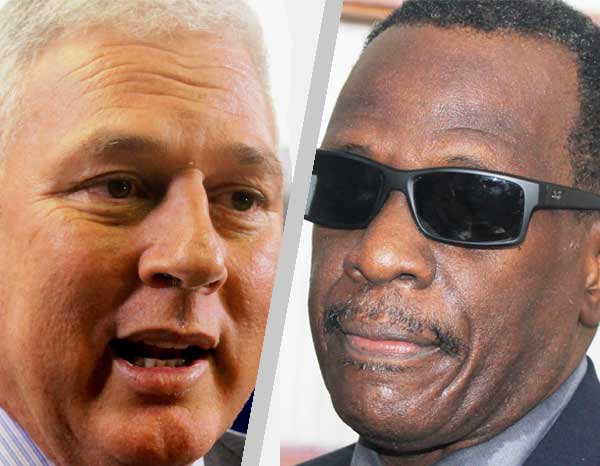 So often people are condemned based on hearsay or perception, especially within political circles.

It is often said that this person is better suited for the job due to popular opinion and would most likely be a better leader than another, without first analyzing the person’s track record.

The assumption is either based on the individual’s academic qualifications or because one is more articulate than another, or you hear the statement that he or she has come onto politics to enrich themselves, or they are regarded as diehard, hardcore supporters of the party.

In the past, references were made about politicians like the late George Charles, our first Chief Minister, stating that he came from a union background and when new graduates started emerging on the political scene with degrees in law and other related qualifications, his methods seemed very traditional and old-fashioned so a change was necessary for political progress.

In the case of Sir John Compton, he was very much loved for his innovative thinking and foresight as it related to education, tourism and agriculture, as well as infrastructure development, until he too was challenged by the new brigade thirsty for power and found it was time for him to pass the baton.

Vaughn Louis was hand-picked because of his intellectual ambition, but his demise came because he was too down-to-earth and was publicly referred to by some as a drunkard.

George Odlum was one of the best political minds and spokesmen of his time, but he never became prime minister because he was labeled ‘a communist’; Julian Hunte made a verbal mistake that was used against him at elections; Stephenson King was loved by many, but was labeled as an under-achiever; Kenny Anthony was ousted because he imposed terrible taxes such as VAT; our present Prime Minister Allen Chastanet was favoured because of his family background and grand development plans; and now, Philip j Pierre is being labeled as a ‘soft’ leader, to discredit him at all costs.

In every one of these gentlemen there was good and bad, all having strength and weaknesses, but what often damaged them was character assassination.

The many untruths and propaganda leveled at them, the deadly or demeaning street talk, the demonizing of some of them — and in some cases the varied lies – all helped bring them down.

I know that it is the voting public’s right to choose their leaders, or their choice political party, but it should be based on merit, not mud-slinging. There should be more debate to judge character, not latching-on to the parties’ coat tails for salvation, especially if they are in a position to buy the elections.

We need more soul-searching and we need to call a spade a spade, relate to one’s work record and deeds, rather than the scandalous images we paint of some political candidates.

Let’s find more positive reasons to elect our leaders. Some are down-to-earth, some will try to build castles in the sky, some will use smooth talk – and some will use criticism to discredit their opponents as a tool to gain favour and influence the masses.

But it is the true-hearted politicians who put people’s needs first.

Many still use negative methods to gain popularity, but we must learn the lesson, like in biblical times when the people chose Barrabas instead of Christ but later regretted after discovering their actions were taken based on emotions, rather than fact.

We can make that mistake too unless we change how we choose our leaders.